A powerful moment. Michelle Williams dedicated her Outstanding Lead Actress in a Limited Series award to her daughter, Matilda, during an emotional acceptance speech at the 2019 Emmys on Sunday, September 22.

“I see this as an acknowledgement of what is possible when a woman is trusted and feels safe enough to voice her needs and respected enough to be heard. When I asked for more dance classes, I heard, ‘Yes.’ Voice lessons, yes. A different wig. Fake teeth not made out of rubber, yes,” the 39-year-old actress said as she accepted her award for Fosse/Verdon at the Microsoft Theater in Los Angeles. “All these things require effort and cost more money. But my bosses never presumed to know better than I did about what I needed in order to do my job and honor Gwen Verdon.” 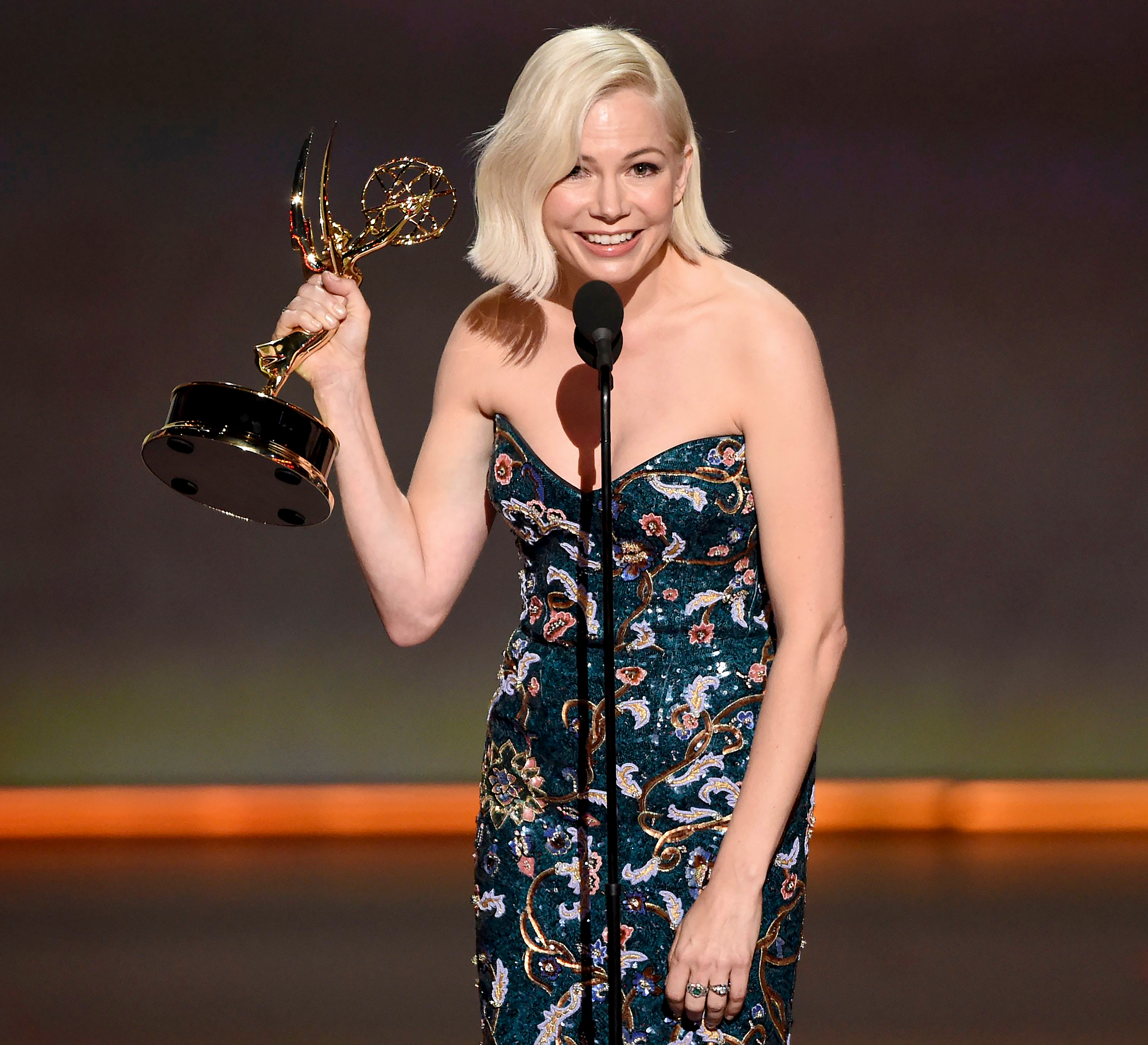 Williams, who made headlines in January 2018 for getting paid significantly less than her All the Money in the World costar Mark Wahlberg for reshoots on the movie, paused as the audience applauded her.

“The next time a woman, especially a woman of color, because she stands to make 52 cents on the dollar compared to her white male counterparts, tells you what she needs in order to do her job, listen to her, believe her, because one day she might stand in front of you and say thank you for allowing her to succeed,” she said.

Williams concluded her speech with a shout-out to her 13-year-old, whom she shared with the late Heath Ledger. “This is for you,” she said. “Like everything else.”

While several members of the crowd gave Williams a standing ovation, her best friend and date for the evening, Busy Philipps, was visibly emotional. Us Weekly broke the news on Sunday that Philipps was attending the show with Williams after the Oscar nominee and her estranged husband, Phil Elverum, called it quits.

“I’m Michelle’s date, of course, and she said she’s getting from texts from people, ‘Who’s going with you to the Emmys? Busy’s in New York!’ And she said, ‘Well, she’s flying back.’ So I’m leaving tonight,” the This Will Only Hurt a Little author told Us at the 2019 Bustle Rule Breaker event in NYC on Saturday, September 21. “Michelle’s been nominated for some pretty big awards over the years and we’ve got our routine down.”

Philipps added that Williams’ performance as dancer Gwen Verdon in Fosse/Verdon was “so beautiful.”

“I’ve been so happy to be by her side for all of it and especially for this year with this Emmy nomination for Fosse/Verdon, I’m incredibly proud of the work that she did in this project. I’m hoping that she gets an Emmy,” the former Busy Tonight host told Us.

Williams’ big win comes less than six months after Us confirmed that she and Elverum split. The twosome secretly tied the knot in July 2018.

“Obviously I’ve never once in my life talked about a relationship, but Phil isn’t anyone else. And that’s worth something,” Williams told Vanity Fair at the time. “Ultimately the way he loves me is the way I want to live my life on the whole. I work to be free inside of the moment. I parent to let Matilda feel free to be herself, and I am finally loved by someone who makes me feel free.”