Mary Holland’s ‘Golden Arm’ Is the ‘Underdog' Story We Needed

Goodbye scones and oven burns! Money-strapped Melanie has been through the ringer — until she is introduced to the rig. The sweet baker, played by Mary Holland in Golden Arm, regains her confidence when best friend Danny (Betsy Sodaro) signs her up for the Women’s Arm-Wrestling Championship, but only after multiple vigorous — and at times absurdly funny — training days.

“If I could insert a training montage into every project I do moving forward, I would be so happy. There’s something so fun about going through that and sports movies are some of my favorite movies. I think of Mighty Ducks and Cool Runnings,” Holland, 35, exclusively tells Us Weekly. “I think one of my favorite moments was flipping that giant tire all the way down this parking lot while Dot-Marie [Jones] and Betsy — they just screamed at me. It was a very motivating, real highlight.” 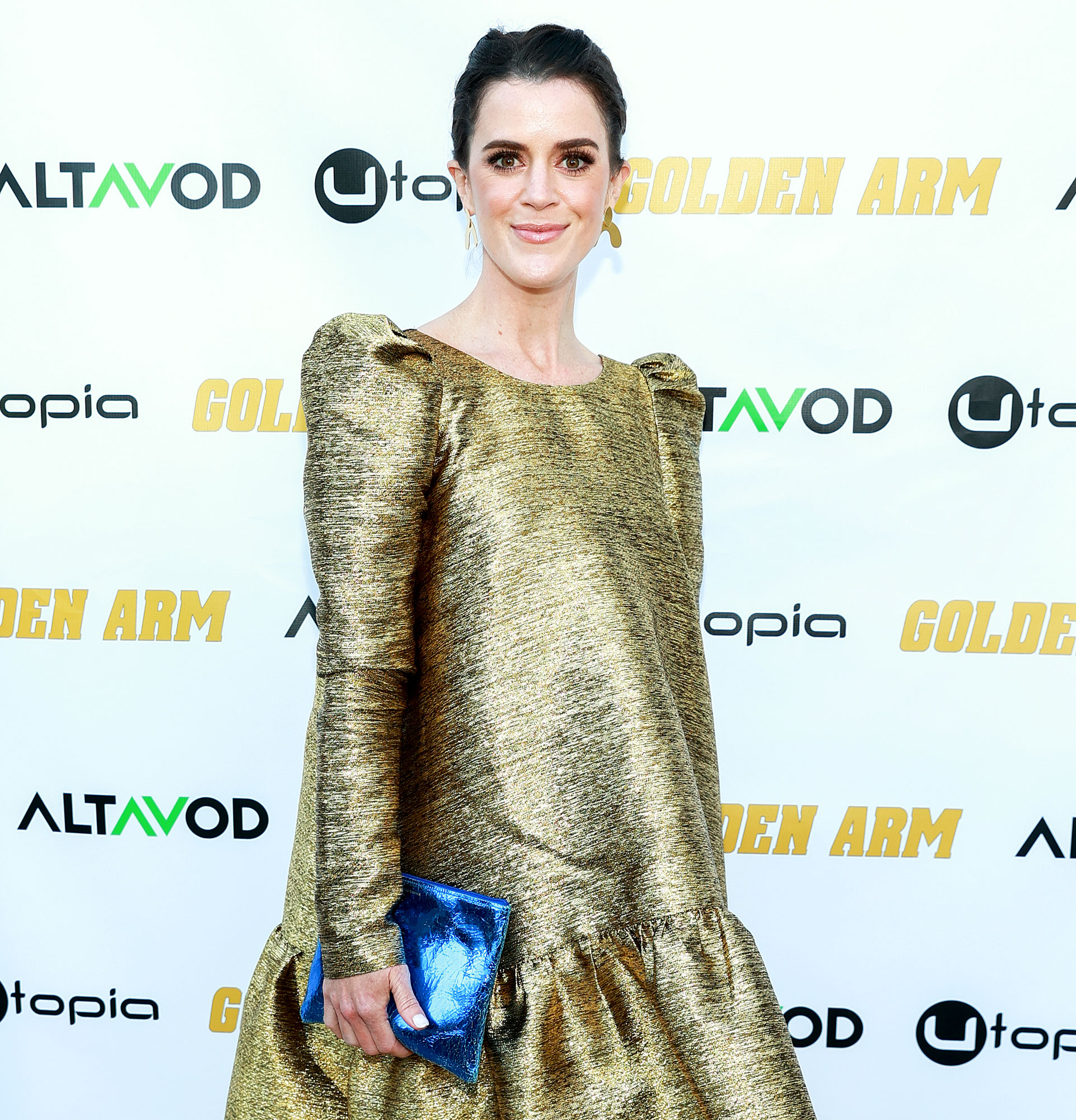 The same can be said for Melanie and Danny’s banter. The reunited pals make the most uncomfortable situations comedic, whether it be during a heart-to-heart on the road or when Danny is on the verge of puking because of a bloody injury.

“Betsy, I’m in love with her. I think she is magnificent, and I think anybody watching it and I’m watching her in anything, you just, you fall head over heels for her,” the Happiest Season actress gushes to Us. “She is so funny and free and getting to play with her — it was just the most effortless, celebratory experience.”

She adds: “I cried multiple times whenever we would shoot things in that big rig. I would never be able to stop laughing. That would just destroy me. So, yeah, she is the best.”

Celebs Who Found Best Friends in Their Costars

“I really related to so many aspects of Melanie and that underdog mentality and the way that she really lets herself be plagued by self-doubt and allows that to inform how she perceives herself in the world. That’s something I really relate to. And I think a lot of people do,” Holland explains to Us. “Throughout the course of this movie where she’s learning this sport, that she has a natural talent at, she’s able to tap into that inner strength and then the confidence to believe in herself the way that her best friend does. I really related to that part of Melanie. Also, she’s a person who really had started to live life on the sidelines and is scared of what will happen if she puts herself out there. I relate to that too. It’s very scary and vulnerable to step out into the world and declare who you are and what you want. So, getting to play a character that goes on that journey and then at the end is able to do that was really rewarding.” 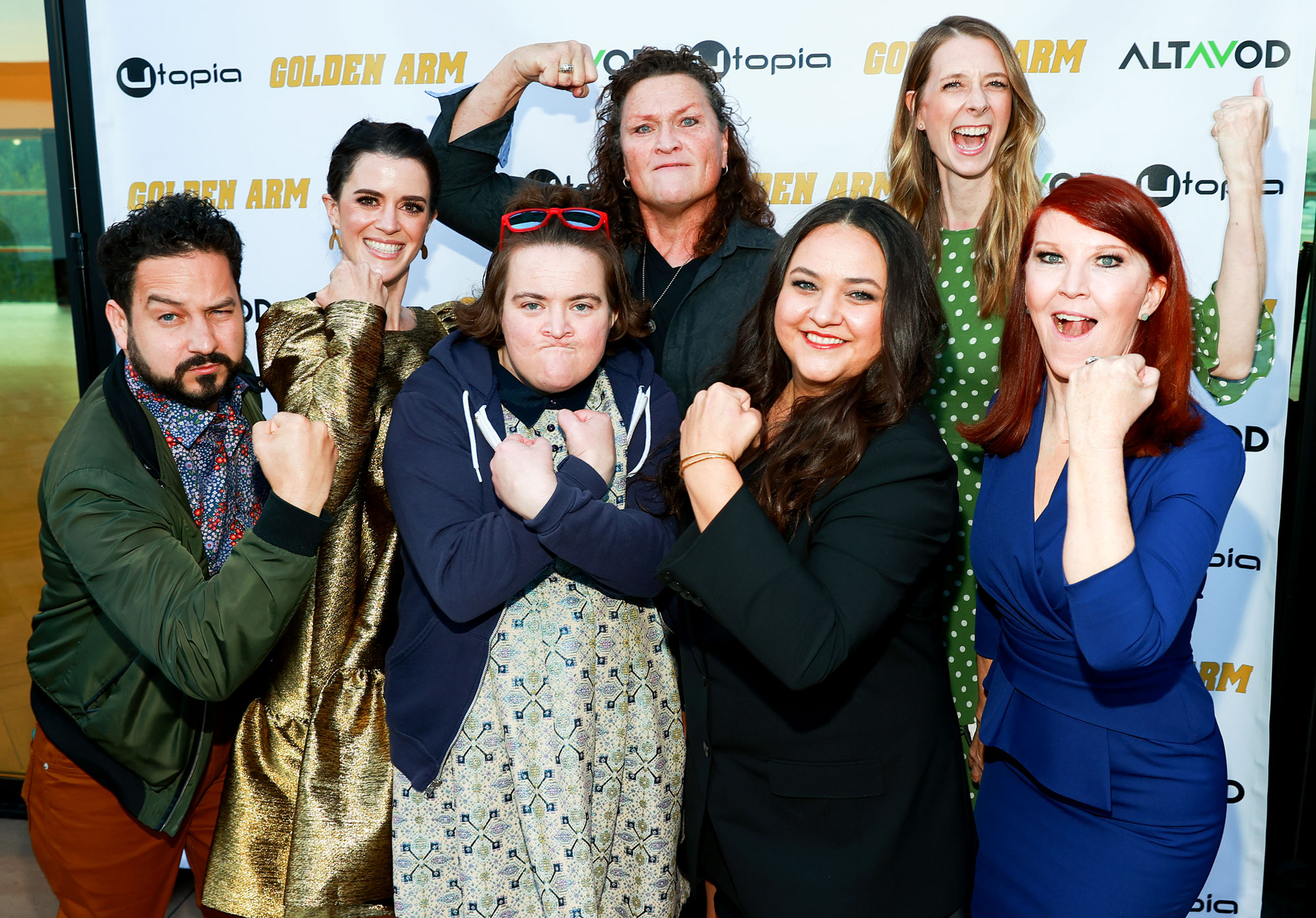 She continues: “I would love people to watch it and feel like they are in the friendship with us. I think we’re in a time where a lot of us haven’t been seeing our friends in person in a really long time. I hope people feel joy and feel the friendship and are inspired by Mel and Danny to really put yourself out in the world. We’re about to be able to start doing that again soon. So, I hope people are inspired by that — to really step out into the world.”

Although Holland relates to Mel’s journey, there is one minor difference between the two. In real life, Holland would rank herself more of a silver than golden arm.

“I would maybe be a six or a seven,” she tells Us. “I mean, I play Dot-Marie, who I would put at a 10 and I’m nowhere near that. I’m just going to realistically say that I’m probably maybe around a six.”

Golden Arm was an official selection at the 2020 SXSW Film Festival. It’s now in theaters and Digital.