Late Night Takes On the Peaceful Transition of Power

Welcome to Best of Late Night, a rundown of the previous night’s highlights that lets you sleep — and lets us get paid to watch comedy. Most of us are stuck at home at the moment, so here are the 50 best movies on Netflix right now.

During a Wednesday news conference at the White House, President Trump refused to commit to a peaceful transition of power if he loses the election, saying, “We’ll have to see what happens.”

“Well, so much for that Nobel Peace Prize,” Jimmy Kimmel joked in his Thursday night monologue.

“‘See what happens?’ For someone who wants to be a dictator, you sure sound like a spectator. You’re coming off like Ryan Seacrest on ‘American Idol’: ‘We’ll see what happens after the break.’” — SETH MEYERS

“So, Trump is threatening violence unless we get rid of the ballots. He is threatening a coup d’état, even though I’m sure he has no idea what the phrase ‘coup d’état’ means. He probably thinks it’s a lyric from ‘Moulin Rouge’: ‘Voulez-vouz coucher coup d’état, ce soir?’” — SETH MEYERS

“I mean, when Time Life releases a box set of Trump’s craziest moments, this will be on it.” — JIMMY FALLON

“The peaceful transfer of power is one of the pillars of our democracy, and Trump treats it like a brunch he might bail on: [as Trump] ‘Game-time decision — have to see how my day’s going. Not sure.’” — JIMMY FALLON

“Holy [expletive], I never thought I would see the day where an American president would threaten to not accept an election defeat. Because let’s be honest: this is something you hear about in a random country where America steps in to enforce democracy. I feel like now it’s only fair that those countries should send peacekeepers to the U.S.: ‘Well, well, well. Refusing to give up power, rampant disease and high unemployment. Who’s the [expletive]hole now, huh?’” — TREVOR NOAH

“Can you imagine how fun it would be if the incoming president always had to fistfight the outgoing president? Yeah? Biden and Trump are gonna be at the White House recreating the geriatric fights from ‘The Irishman,’ while Kamala Harris has Mike Pence in a head lock? [imitating Mike Pence] ‘Oh no, my hair grazed her bosom. Now I’m going to hell.’” — TREVOR NOAH

“So if Trump loses the election, getting him out of the White House will be like trying to get a bird out of your living room. It’s like, ‘Oh, I got ’em. Hold on, OK.? Nobody move — he’s behind the curtain! Nobody move! Shut the door! Shut the door!’”— JIMMY FALLON

“So, the president of the United States won’t commit to leaving office if he loses the election. Ah, you’ll have to excuse me, I think I left the stove on in New Zealand, and I’d like to stick my head in it. I’m joking, obviously — New Zealand won’t let our planes land there.” — STEPHEN COLBERT

“Folks, you know you’re going through a bit of a dark patch in your nation’s history when the president not endorsing the peaceful transition of power is the feel-good story of the day.” — STEPHEN COLBERT

“I’m getting the feeling this year is going to end with Trump locking himself in the Oval Office while yelling into the phone, ‘Space force attack!’”— JIMMY FALLON

“I think the mistake was phrasing the question that way. You should have asked, ‘If Joe Biden wins, do you commit to playing even more golf?’” — SETH MEYERS

“He doesn’t just look like a Cheeto; it’s his motto.” — JIMMY KIMMEL

“This does give me an idea for a new sitcom, though — Trump refuses to leave the White House, Biden moves in anyway: ‘Our Two Presidents,’ this January on CBS.” — JAMES CORDEN

“If you’ve paid attention to Donald Trump over the past five years, it’s no surprise that he likes the idea of being a dictator. I mean, he’s written more love letters to Kim Jong-un than his own wife.” — TREVOR NOAH

“Jimmy Kimmel Live” took its Lie Eye Witness News segment back to Hollywood Boulevard for the first time since the pandemic, asking pedestrians for their thoughts on Trump’s fictional replacement of Ruth Bader Ginsburg with his daughter Ivanka. 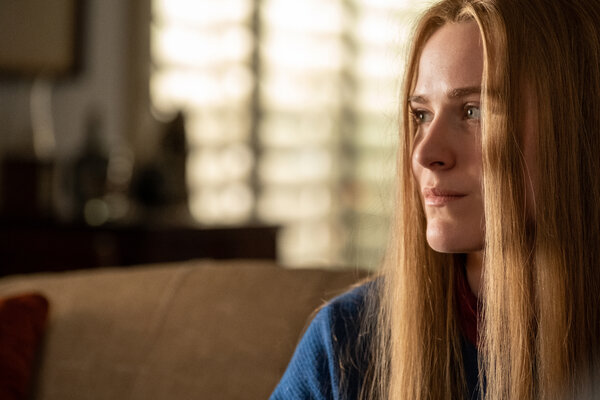