Kellyanne Conway has never been shy when it comes to the media, and now she’s reportedly about to tell-all in a new book about her time in the White House under the Trump administration. This upcoming tome promises to be juicy because we know there are plenty of behind-the-scenes political stories to share, and she also has a tumultuous home life with daughter Claudia that is apparently fair game. 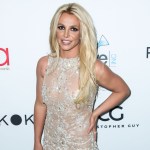 Conway reportedly got a huge advance for the book because publishers know she will dish on any topic — and that has made some Washington, D.C. politicians a little nervous. “Of all the White House insiders, Kellyanne is going to write the most unvarnished, eye-popping account of her time working for the president,” a source told the Daily Mail, which reports exclusive details about the book deal. “She’s got some of us quaking in our boots.”

The former White House senior counselor is also expected to give a no-holds-barred look at her home life with her four kids and husband George Conway, who vocally opposed President Donald Trump throughout his four years in office. The public is surely going to be curious about 16-year-old Claudia, who had no problem calling out her mom and dad’s parenting abilities regularly on social media. Page Six even gave us a glimpse of what to expect in Conway’s memoir. “Teenage Claudia became a strident political noise against her,” they wrote. “The proud husband became an outspoken anti-Trumper. The more her voice was heard, the louder they screamed. To save either her family or her sanity Kellyanne eventually resigned.”

We’re placing our bets on Conway, but we’ll also eagerly await her daughter’s review on TikTok — it’s bound to be scathing.

Before you go, click here to see the most shocking celebrity tell-alls of all time.