Kaley Cuoco Is ‘Definitely’ Down for a ‘Big Bang Theory’ Reunion

Holding out hope! Kaley Cuoco would love to return to the Big Bang Theory world, even if only to see the cast again.

‘The Big Bang Theory’ Cast: Where Are They Now?

“I would definitely be open to some sort of reunion show,” Cuoco, 35, told E! News on Thursday, May 6. “I can’t wait for the Friends one, and so I’m definitely open to doing one ourselves as well.”

The Charmed alum isn’t in a rush to revisit the show though.

“It does still feel like yesterday that we wrapped,” Cuoco explained. “I think everyone is kind of trying out their new paths and seeing what their next project is, and I’m excited to see how everyone flourishes.” 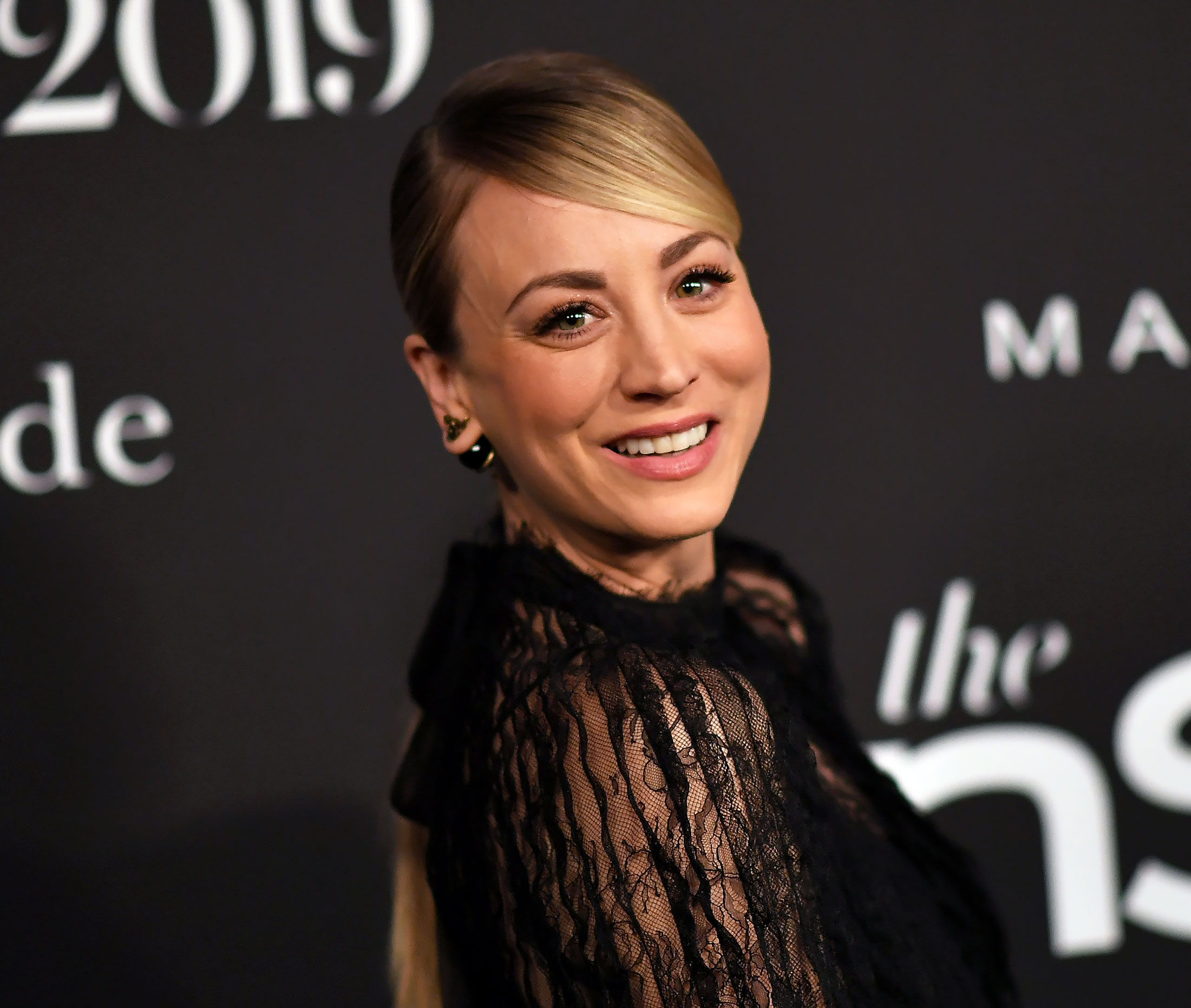 She continued: “I think in a few years or whenever anyone’s open to it, I definitely will be down for that. It was a life-changing experience for all of us, and it’d be great to do that for the fans, too, because we had such an amazing fan base that stuck with us for so long.”

The Big Bang Theory aired from 2007 to 2019. During its run the CBS comedy won 10 Emmys and spawned the prequel series, Young Sheldon.

Even with all the show’s success, Cuoco doesn’t need to come back just yet because she continues to stay in touch with her fellow cast members offscreen.

“Johnny and I are very close,” the California native said of her costar and onscreen husband, Johnny Galecki. “We talk multiple times a week. In fact, he literally — as this phone call started — he had just sent me a picture of his baby. He loves sending me baby pictures. I know it’s really cute, we’re really close.”

Cuoco and Galecki, 46, secretly dated during their time on The Big Bang Theory for two years before their 2009 split. Cuoco was later married to Ryan Sweeting from 2013 to 2015. The actress eventually tied the knot with Karl Cook in June 2018.

Kaley Cuoco and Ex Johnny Galecki’s Friendship Through the Years

Galecki, for his part, welcomed son Avery with Alaina Meyer in November 2019. The couple split one year later.

Cuoco wasn’t the only cast member that was happy with the way the hit show went out. Last month, Mayim Bialik explained why it was the perfect time to say goodbye. 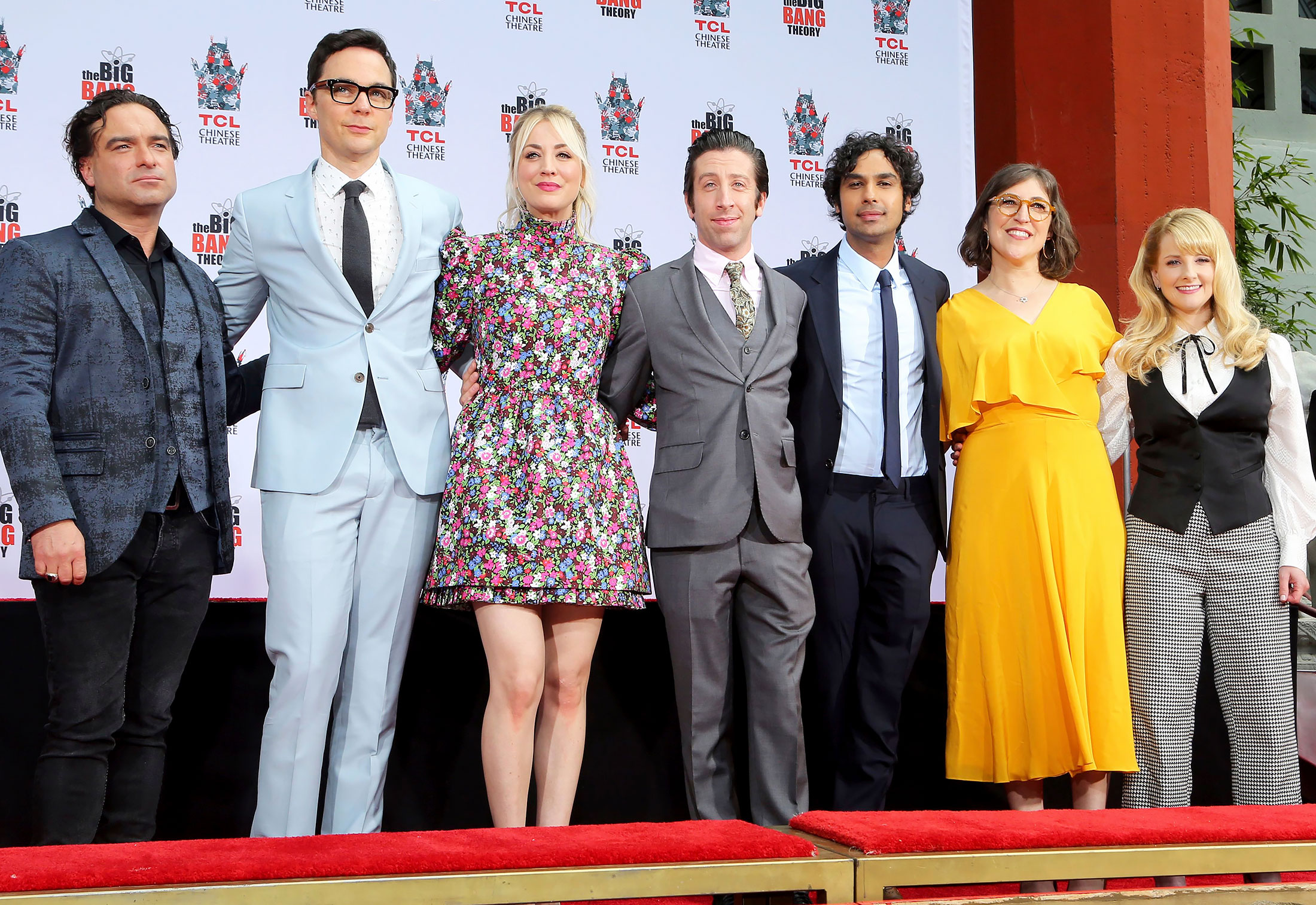 “The way that I described the show ending was there are a lot of factors that the public doesn’t get to know about, about what goes into the decisions behind why a show doesn’t continue,” Bialik, 45, exclusively told Us Weekly in April. “I think, as someone who was grateful to work alongside Jim [Parsons] and eager to see the rest of what all of our lives held for us, I think there was a general feeling like it was time for us to move into something different.”

Bialik has since been starring in the show Call Me Kat. Cuoco found success as the executive producer and lead for The Flight Attendant, which has received multiple award nominations. Parsons, 48, meanwhile, has shined in the miniseries Hollywood and Galecki returned to his old roots in The Conners.

For the Blossom alum, the legacy of the show is what will continue to stay with her.

“I would like our show to be remembered as a show that really demonstrated how the other half lives or how most of us live, which is kind of on the outside in some way. I think everyone has a little bit of outsider in them,” she told Us. “And I know that Big Bang Theory is often credited with kind of making nerd chic a thing. But for those of us who kind of have those kinds of friends and revolve in those kinds of circles, I guess it just kind of is what it always has been for us. It’s just the way to think and live and play in many cases.”