Though Pence did not yield to pressure from Trump to overturn the election results last week, which he did not have the authority to do anyway, he said that invoking the 25th Amendment “would further divide and inflame the passions of the moment.” Those passions include some of Trump’s supporters, whose votes the vice president would probably need for his own White House run, chanting, “Hang Mike Pence” as they stormed the Capitol in an effort to stop the election certification.

“Of course Mike Pence isn’t going to do that. He’s not going to remove Donald Trump. Mike Pence doesn’t even remove his shirt.” — JIMMY KIMMEL

“You could tell Pence was nervous, because he spent all day slamming milks like it was Friday at 5 p.m.” — JIMMY FALLON

“And you’d think Pence would be into the idea, considering the whole ‘Hang him’ thing. But you would be dead wrong, because yesterday, after days of silence, ‘The president and Mike Pence spoke for the first time, meeting in the Oval Office, and agreed that those who broke the law and stormed the Capitol last week do not represent their policy of America first.’ Well, of course this mob violence wasn’t America first — it was in Germany first. So, apparently, it’s all water under the gallows now.” — STEPHEN COLBERT

“The president and Mike Pence reportedly spoke yesterday in the Oval Office for the first time since last week’s attack on the Capitol, which had to be pretty awkward. But don’t worry, Trump accepted Pence’s apology.” — SETH MEYERS

"Yeah, we’ve all been in Pence’s shoes, though, you know what I mean? That uncomfortable meeting with your boss after he sends a crazed mob of vengeful rioters to zip-tie you.” — JIMMY FALLON

“Big T flew to Alamo, Texas, today to brag about his wall — and to remind the American people that he’s not just a dangerous megalomaniac; he’s also a racist.” — JIMMY KIMMEL

“It was very wise of Trump to take a victory lap at the border the same week his supporters showed the world that walls serve almost no purpose whatsoever when it comes to keeping people who want in out.” — JIMMY KIMMEL

“Well, that’s a wrap on a flawless administration.” — JAMES CORDEN

“When they heard Trump was coming to the border, Mexico was like, ‘Phew, thank God that wall is here.’” — JIMMY FALLON

“You know your presidency is off the rails when you have to distract from your attempted coup with your giant symbol of racism.” — JIMMY FALLON

“What a nice reminder of how much the president hates people storming barriers and entering places they aren’t legally allowed.” — JAMES CORDEN

“When asked what he was doing there, Trump said, ‘I’m just planning my escape.’” — JIMMY FALLON

“Yup, Trump visited the border in the town of Alamo, Texas. He was like, ‘Thanks to me, everyone will remember Alamo.’” — JIMMY FALLON

Anne Hathaway shared her go-to karaoke song and first celebrity crush while playing a round of “Best Worst First” on “The Tonight Show.”

What We’re Excited About on Wednesday Night

Samantha Bee will check in with Stephen Colbert on Wednesday’s “Late Show.” 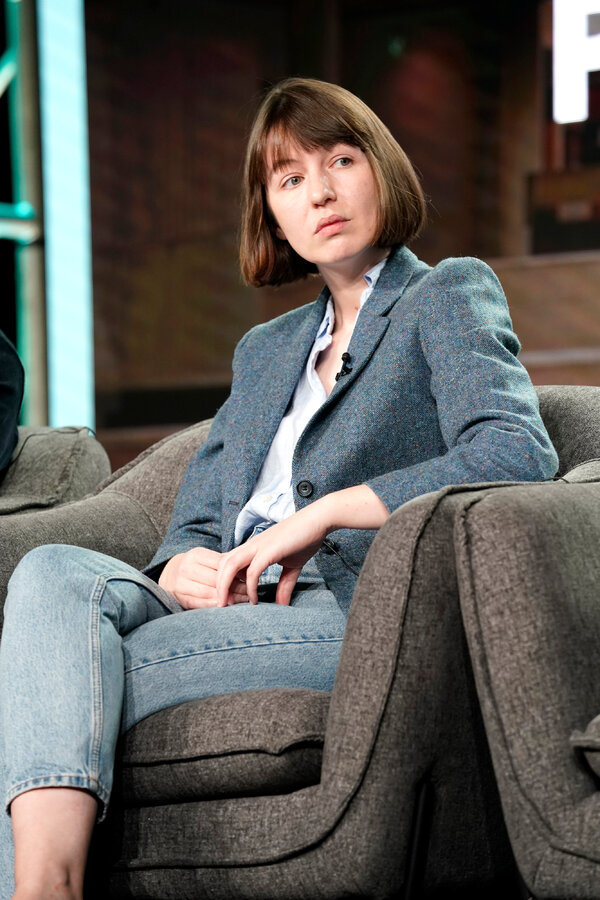 The “Normal People” author Sally Rooney has a new novel coming in September: “Beautiful World, Where Are You.”

Will Ivanka Trump Be At Joe Biden’s 2021 Inauguration? She May Have Other Plans
We and our partners use cookies on this site to improve our service, perform analytics, personalize advertising, measure advertising performance, and remember website preferences.Ok