For anyone who thinks Jennifer Lopez did a quick 180-degree turn to Ben Affleck after her breakup with fiancé Alex Rodriguez, it’s not as simple as that. She did a lot of soul-searching during her time with the former MLB athlete that brought her to the conclusion that the relationship might not be the right fit for her in the long run. 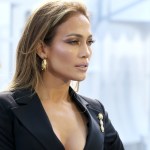 
Jennifer Lopez Never Ages — & We Have the Photos to Prove It

The “Jenny From the Block” singer had a revelation that “happiness starts within” after her engagement fell apart, according to her new interview with Apple Music 1’s Ebro Darden. She alludes to rumored cheating allegations on Rodriguez’s part as “things happen[ed]” and that’s when she realized she needed to take charge. “Once you get to the point where you’re like, ‘This is not right for me, or this doesn’t feel good, or I need to make an adjustment here,” she explained. “This is not really about anybody else but me.’ Once you do that, stuff starts falling into place.”

And that change of heart was important for Lopez to acknowledge because she had to let go of her plans with Rodriguez and embrace what a different future would look like. “I think that’s how you should process this moment that I feel again,” she advised. And Affleck probably came in at the right time — she had already worked through the fact that things were done for good with the former baseball player. It might have seemed fast to us on the outside, but things were likely unfolding over months, not weeks as we see in the media.

And of course, she and her former Gigli co-star had a long history as a couple and a distant friendship in the years after their breakup. There was already a foundation there for Bennifer to spring off of, so her breakup with Rodriguez probably wasn’t as abrupt as it looked to the outside world.

Before you go, click here for all the celebrity splits and divorces we never saw coming.