Actor Jane Krakowski on Thursday denied a tabloid report that she had a nine-month relationship with MyPillow CEO Mike Lindell ― and, through a rep, she did it with a sense of humor.

“Jane has never met Mr. Lindell. She is not and has never been in any relationship with him, romantic or otherwise,” her spokesperson told E! “She is, however, in full-fledged fantasy relationships with Brad Pitt, Regé-Jean Page and Kermit the Frog and welcomes any and all coverage on those.” 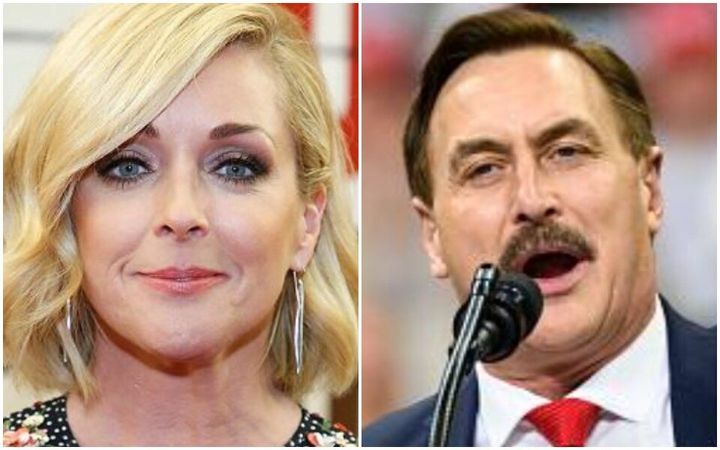 Anonymous sources told the outlet their fling was an “open secret” in Manhattan’s West Village. Krakowski’s friends, according to the paper, struggled to see her attraction to Lindell, an election denier who has heavily advertised his brand on Fox News.

Lindell told the Daily Mail he had never heard of Krakowski.

His company’s pillows were dropped by retailers, including Kohl’s and Bed Bath & Beyond, after his zealous promotion of Trump’s lies denying President Joe Biden’s victory.