For New Yorkers starting new chapters, the struggles of the coronavirus pandemic took on additional intensity. 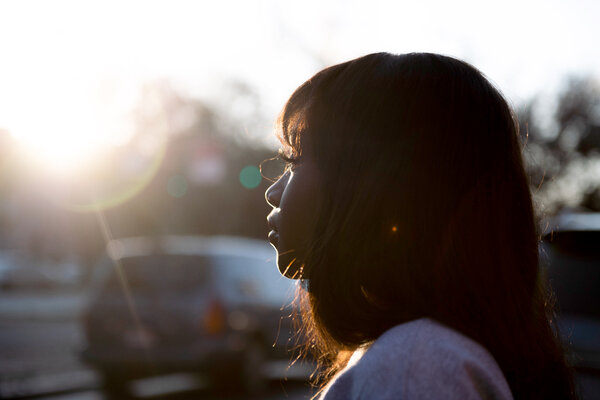 Last fall, Demetria Mack was elated to be starting at Howard University. She was not only gaining the independence of a college student, but as she moved into her dorm room, she was also entering a new chapter in her journey out of foster care.

College life was going well as she worked toward a computer science major, but the abrupt shift on campus when the coronavirus pandemic took hold in the United States felt like a setback.

Ms. Mack returned to the East New York section of Brooklyn to live with her foster mother. Staying in the home and adapting to remote classes while two children were also in the living room was frustrating, she said.

Donate now to the 109th annual campaign of The New York Times Neediest Cases Fund. All proceeds go to 10 organizations providing assistance to those facing economic hardship. Make a tax-deductible donation through GoFundMe.

Then in May, the police killing of George Floyd kept her on edge. “The racial injustice that was happening over the summer was really a lot for me to take in,” she said in a recent interview.

Her foster mother’s imminent move to Florida added to her anxiety. With Howard planning remote classes for the fall, she needed a housing solution.

Ms. Mack, who finished her freshman year with a cumulative 3.78 grade-point average, worked part-time at a Dollar Tree and in an administrative job over the summer to save for rent. And a $2,227 scholarship she received from the nsoro Foundation, which supports education for students from foster care, was planned for housing.

Looking for additional help, she reached out to Children’s Aid, one of 10 organizations supported by The New York Times Neediest Cases Fund. Ms. Mack returned to Washington for her sophomore year at Howard, and Children’s Aid has been paying her $1,089 portion of the monthly rent for a four-bedroom off-campus apartment she shares with three roommates. She is attending full time and paying tuition through loans and scholarships.

Her current living situation is set until the lease ends in the spring. After that, Ms. Mack may go stay with her foster mother in Florida until her junior year begins, though she is aiming to secure an internship (ideally with Google in New York).

Instead of worrying, she is concentrating on her goals. She wants to attend graduate school at Brown University.

“It’s easier said than done,” Ms. Mack said, “but just thinking of yourself in a higher light and always being optimistic will allow you to do the things you need to get done in your life.”

Soranyelis Mulles Melo, who became a U.S. citizen in March, was also optimistic through her struggles this year, though she was weeks from giving birth to her fourth child when the pandemic took hold.

In March, New York had a statewide stay-at-home order that put the region in an economic stranglehold. Ms. Mulles Melo, a maintenance worker for a commercial cleaning company, had just started maternity leave. Her husband, who lives in the Dominican Republic, had recently lost his job. And Ms. Mulles Melo’s roommate, a cousin, needed to move out right away.

Ms. Mulles Melo, 32, had already paid the $2,300 rent for March on her three-bedroom apartment in the University Heights section of the Bronx. Money to provide for her three children — Yandel, then 11, Jeremy, 7, and Valentina, 3 — was tight.

Her son Jayden was born on March 23 at NewYork-Presbyterian, when companions were banned from labor and delivery rooms.

“It was a sad day in my life,” Ms. Mulles Melo recalled. “Nobody was able to be in the hospital with me.”

Friends and family gave Ms. Mulles Melo what they could for the newborn, but fear of spreading the virus meant she was caring for the four children on her own, with her oldest child doing a lot for his siblings.

“I was feeling alone with the kids,” she said, recalling how depressed she felt and the difficulties of keeping the students engaged in virtual classes. “April was the hardest month.”

Her employer shut down, which meant she could not return to her full-time position with union benefits that paid $20 an hour. She had been on the job for only three months.

Her brother, who checked on her regularly, was a lifeline, as was a Supplemental Nutrition Assistance Program benefit of $768 monthly, which recently rose to $807.

Relief arrived in June after relatives urged her to contact the YM & YWHA of Washington Heights & Inwood, which was offering emergency cash assistance to people who had lost their jobs. She received $500. Then came unemployment benefits, along with the federal government’s $600 weekly supplement, which expired July 31, and the $300 weekly boost for six more weeks. She used those funds to pay her rent for April, May, June and half of July.

When she fell behind on rent again, she sought help from the Washington Heights Y, a beneficiary agency of UJA-Federation of New York, which is supported by The Fund.

In late September, $2,300 in Neediest Cases Fund money paid for the family’s August rent and $142 was used for diapers and clothes for Jayden.

In mid-November, Ms. Mulles Melo received an early Thanksgiving surprise: The Washington Heights Y told her that it would use an additional $1,130 in Neediest Cases funds to pay her rent balance for July.

Ms. Mulles Melo was hired in October for a temporary full-time position cleaning offices, but she doesn’t expect it to last much longer.

She hopes her old job will return in early 2021 and is determined to catch up on rent for October and November. And her mother, who moved into the apartment this month and is working as a home health aide, will help with the bills.

“I want my kids to say, ‘I’m so proud of my mom,’” Ms. Mulles Melo said. “If I went through the pandemic without working, without anyone supporting me, then I can do anything.”

Donations to The Neediest Cases Fund may be made online or with a check.