I Hope "The Marvelous Mrs. Maisel" Doesn't End Up Like "Gilmore Girls" 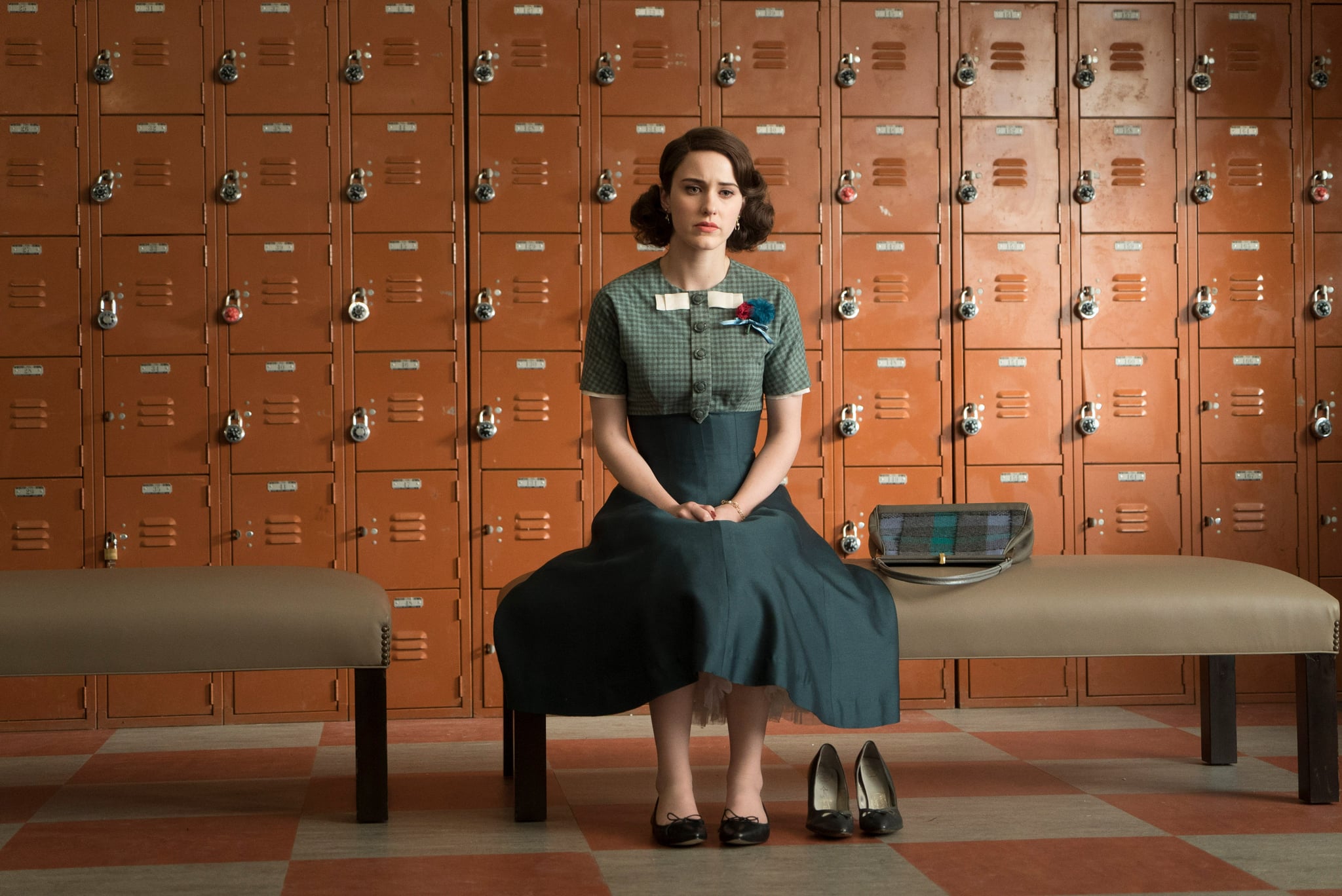 I started watching “The Marvelous Mrs. Maisel” when it first debuted for two reasons: one, I grew up watching creator and showrunner Amy Sherman-Palladino’s other shows, “Gilmore Girls” and “Bunheads,” and two, the fabulous vintage fashion. As “Maisel” nears the end of its fourth (and penultimate) season, I’m seeing more similarities than ever between it and “Gilmore Girls” — in particular, the one pitfall that made the final years of “Gilmore” so disappointing to watch.

One of the delights of any Amy Sherman-Palladino show is its deliciously quirky, borderline bizarre cadre of minor characters, set pieces, and side plots. However, with that delight comes one of the major pitfalls of an Amy Sherman-Palladino show: the longer it goes on, the more screen time gets eaten up by these flights of fancy that were more enjoyable in small doses. Anyone who watched “Gilmore Girls: A Year in the Life” and sat through the interminable “Stars Hollow: The Musical” — or even the original show’s later seasons — knows what I mean. “The Marvelous Mrs. Maisel” hasn’t quite gotten to that point yet, but its fourth season seems to be heading in that direction — the show already spending far too much time on its least developed supporting characters and uncompelling storylines. And the creators just keep adding more.

“The Marvelous Mrs. Maisel” has some brilliant, three-dimensional, and very watchable main characters. We keep coming back year after year to see self-centered, yet brilliant, Midge; her formerly buttoned-up and now would-be activist father, Abe; Susie, her ambitious and blunt-talking manager; and Rose, her difficult mother who has her own undercurrent of yearning to be heard and valued. And yet this season, we’ve spent far too much time with Susie’s strange and, frankly, irritating new client, a magician named Alfie; Joel’s parents, Moishe and Shirley, who do very little other than repeating the same gags over and over; and Midge’s rival comic, Sophie Lennon. Don’t get me wrong — Jane Lynch is a comic treasure, but Sophie’s arc seemed to come to a natural end last year. And yet, we’ve cycled around in season four to repeat the same tired rivalry plotline we’ve already seen.

Comic relief is one thing. But constantly asking us to spend so much time with characters we have no reason to be invested in? That’s something else entirely. It feels like the constant introduction of new characters is a way to keep things feeling busy when very little is actually happening. 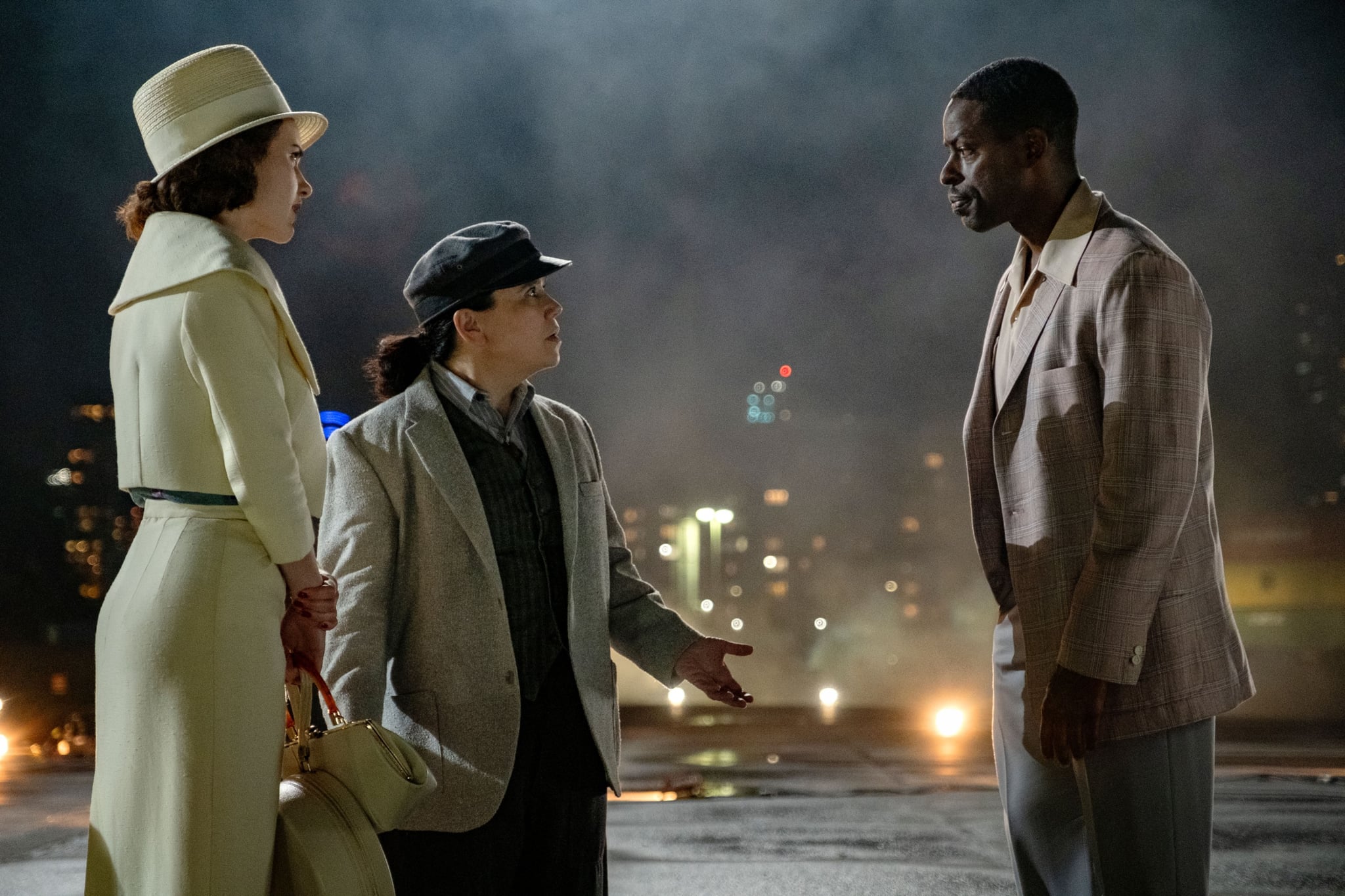 When we do get more nuanced supporting characters — see: Reggie, Shy, and Mei — they wind up being cast merely as obstacles or foils to Midge. This has an even more frustrating connotation when one realizes these are the only significant characters of color. Even when common sense dictates that Midge is the one in the wrong (as with her near-outing of Shy during a set), the show seems to want us to root for Midge. Season four tries to remedy that by giving Midge a chance to apologize directly to Shy, but her apology still winds up being more about her than him. Similarly, Mei seems to exist as a satellite to Joel, even though the self-assured, ambitious would-be doctor who suffers no fools (and happens to be crime-family “royalty”) is one of the more interesting characters on paper.

Of course, we can’t talk about underutilized minor characters without mentioning Luke Kirby as Lenny Bruce. He was originally intended as a one-episode cameo, but ended up one of the most effortlessly magnetic presences on TV today. He only appears in a few fleeting scenes each season, but the show feels reinvigorated whenever he does. Lenny and Midge’s electric chemistry makes it hard to truly root for any other love interest (even though we know Lenny and Midge probably won’t — and shouldn’t — walk off into the sunset together), but that’s not even what makes his presence so compelling. It’s how Lenny’s emotionally-charged scenes with Midge slow down the pace of the frenetic show and provide some room to breathe. Whether they’re gazing at each other while slow-dancing at a Miami nightclub, letting their guard down over drinks, or having a fight on an Upper West Side sidewalk, there’s a reality to those scenes that is sorely needed. Like Jess or Luke’s cynical snark on “Gilmore Girls,” Lenny offers the sharpness that cuts through the heightened hijinks, creating balance.

Despite this, Lenny seems to be the only supporting character whose screen time is rationed out in tiny doses. Perhaps the worry is that the magic would be diluted if he’s on-screen too much. That might be true; too much of a good thing never ends well. And yet, the same can certainly be said of a half-dozen other supporting characters the show spends significantly more time on. It’s starting to feel like the later seasons of “Gilmore Girls,” where the show seemed absolutely certain viewers were emotionally invested in characters like Luke’s previously-unknown daughter April and her mother Anna, or Rory’s random college friends (does anyone remember their names without looking them up?). It stops being about fleshing out the fictional world at a certain point and starts making us press fast-forward through entire sections of each episode. These supporting-character sinkholes have the compound effect of dragging down the main characters around them. I’d rather see a more nuanced dive into the revamping of Midge’s career post-Shy Baldwin than see her back in a public feud with Sophie. I’d rather see Joel do literally anything other than dance around introducing his new girlfriend to his overbearing parents. I’d rather see Abe’s delightfully off-beat friendship with Midge’s newly-empowered pal Imogene rather than watch him turn into the worst version of himself around his ex-friend Asher, who we’ve met only once. But, ultimately, our mains are stuck justifying the presence of the minor characters in their orbits rather than getting fresh development of their own.

As someone with real affection for “Maisel” (and “Gilmore Girls,” for that matter, albeit more nostalgically), when I think about the delightful and too-short, one-season existence of “Bunheads” through this lens, I can’t help but feel grateful for its brief run sometimes. It left me wanting more, rather than collapsing under the weight of too many side characters and “quirky” plotlines that never quite got me to care. I’ve always hoped that “Maisel,” with its smaller episode count, might also manage that feat, but the past season or two has left me just a bit frustrated.

With “The Marvelous Mrs. Maisel” ending after the upcoming fifth season, I hope the show refocuses its storytelling on its most compelling characters instead of overdoing the gimmicky ones, so we can spend these last precious episodes on the stories we care about most.