Huma Abedin once felt out of place when it came to dating, but today, she has a different perspective on her love life.

Abedin spent much of her professional life as an aide to Hillary Clinton, and her involvement in the world of politics often caused her to keep a wall up when it came to romantic relationships. She recently told The Wall Street Journal, “I put dating in the category of one of the things I did not allow myself to be open to for many years, particularly when I was living in New York in the early 2000s.”

She went on to explain, “When Hillary was in the Senate and it was a very glamorous time in New York, I was invited to so many dinner parties and there’d be all these women I found to be much smarter, much more beautiful, much more everything. Here I was, this serious little political aide in a suit.”

Abedin expounded on her feelings at the time, revealing that in addition to her imposter syndrome, she allowed her career to be a distraction from her personal life. “I never expected to be the woman that any of these men left with and I was okay with that because to allow for that kind of relationship would mean that I would have less time to work. Less time to focus.”

She went on to say that she’s now “open to all kinds of saying yes,” including to dating. Abedin’s rare comments come just a few months after she was linked to Bradley Cooper in July. Several reports claimed the two had been dating for a few months by that point, and one source told Page Six the duo was set up by Vogue’s Anna Wintour.

The political aide-turned-author was previously married to disgraced congressman Anthony Weiner, whom she shares one son with. Abedin promptly filed for divorce from the politician in 2016 following a sexting scandal. 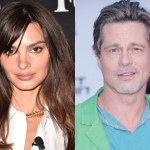 Although Abedin and Cooper have yet to confirm or deny dating rumors, another source previously told Page Six, “They are perfect for each other. They’re both into power and politics and human affairs.” Will the two become the latest famous power couple to hit the scene? Only time will tell.

For more on Abedin’s time spent in politics alongside Hillary Clinton, read her memoir, Both/And
. The New York Times Bestseller tells an empowering recount of Abedin finding her voice “through the opportunities and obstacles, the trials and triumphs… [and] her profound belief that in an increasingly either/or world, she can be both/and.”

Before you go, click here to learn more about celebrities who’ve opened up about dating after divorce.