This weekend I have … a half-hour, and I like consistency. 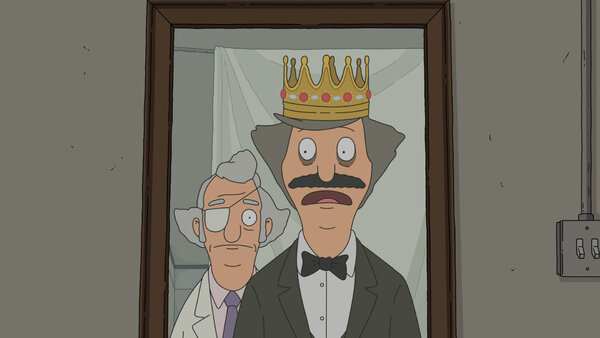 Season 13 of the endearing, enduring “Bob’s Burgers” kicks off with something rotten in the state of Ocean Avenue. Mr. Fischoeder, the eccentric landlord, has decided to settle a score with his brother by writing a play called “Hamlet, But Good This Time,” which he enlists the Belchers to stage and star in; Linda is thrilled, Bob is anxious and Louise would rather learn how to sharpen knives. “Bob’s” remains as affable and offbeat as ever, the rare long-running series that could conceivably have some of its best episodes ahead of it. If you’re going through a transitional phase and need some stability and comfort, watch this.

When to watch: Now, on Hulu.

Part “Four Weddings and a Funeral,” part “Killing Eve,” this eight-episode show follows what seems like a meet-cute but is actually something more nefarious. Stefan (Gavin Drea) meets Katie (Rosa Salazar) at a wedding, and he falls for her, hard — and the next thing he knows, he’s being accused of murder, and the two of them are on the lam. “Wedding” reminds me of “Run,” another poppy, warped romantic thriller, and Salazar is just as fascinating here as she is on the more mystical “Undone,” where she plays a different troubled heroine driven by her father’s tragedies. This is more of a journey show than a destination show, but it’s a fun and tense ride, with plenty of chemistry and humor.

When to watch: Now, on Amazon.

This British series follows the actor Idris Elba and his quest to help a group of impoverished and struggling young people learn discipline and self-respect through the sport of boxing. Even though the show debuted earlier this year, it feels like a throwback to early 2000s “Making the Band,” the WWE competition series “Tough Enough” or the scrappy first few seasons of “America’s Next Top Model,” with a sliver of “The Biggest Loser” on the side. Elba is stern but supportive, the participants eager but unfocused, and physical exertion and emotional candor work in quintessential reality-TV tandem to provide the narrative oomph.