“Mare of Easttown” ends and “Meerkat Manor” returns. To everything there is a season.

This weekend I have … a half-hour, and I miss ‘Downton Abbey’

‘Meerkat Manor’
When to watch: Arrives Friday, on AMC+.

Meerkats are having a perky little moment right now: “Meerkat Manor,” narrated by Bill Nighy, ran for four seasons starting in 2005 and is back for a revival; and Discovery+ has “Meet the Meerkats,” narrated by Rob Delaney, which is more or less the same. The meerkats on this season of “Manor” are descendants of Flower, the queenpin of the original, and the delicate social hierarchies and guiding tribalism are as intense and engrossing as ever. Think “Game of Thrones”-level fraught sagas of familial responsibility and the scamps that subvert it, but without the drudgery. (The show debuts in earnest next weekend on BBC America but lands on AMC+ a week early.)

… an afternoon, and I never developed a quar hobby 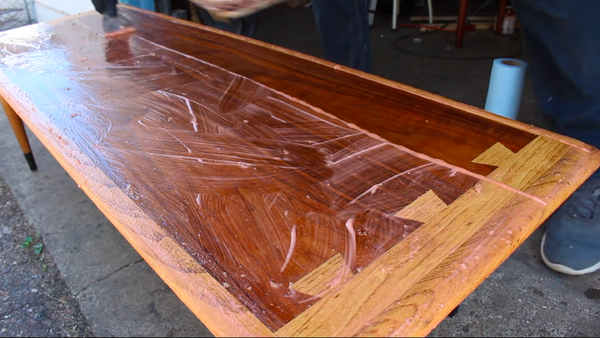 Dashner Design & Restoration
When to watch: Now, on YouTube.

We’re approaching one of the busiest moving days of the year, which is Christmas for second-hand-furniture enthusiasts. If there’s a refinishing project in your future — or if you just wish there were, or if you like patient competence with a Midwestern flair — try this blissfully laid-back YouTube channel about restoring thrift-store finds. So much of YouTube is quick editing and garish screeching, a monstrosity formed in an algorithm’s image. But this is the opposite: quiet, pleasant, educational. If you like the rhythms of “Joe Pera Talks With You” but want to commiserate about the dearth of effective paint strippers, watch this.

… seven hours, and what’s all the fuss?

I resisted this bleak Kate Winslet mini-series — accurately parodied as “Murder Durdur” on a recent “Saturday Night Live” — for several reasons, including having already seen the similar, superior “Happy Valley” and feeling mostly maxed out on dead-girl shows. And after a pandemic year in which planning became the enemy of pleasure, committing to a weekly release schedule for a whodunit felt like deciding what to have for dinner six weeks from now. Luckily, “Mare” works great as a binge, a mode that smooths over the show’s clunkier elements, highlights its fabulous performances and energizes the story.