In a year when everything seems deliverable, On Site Opera is presenting “The Beauty That Still Remains,” its first production by mail. 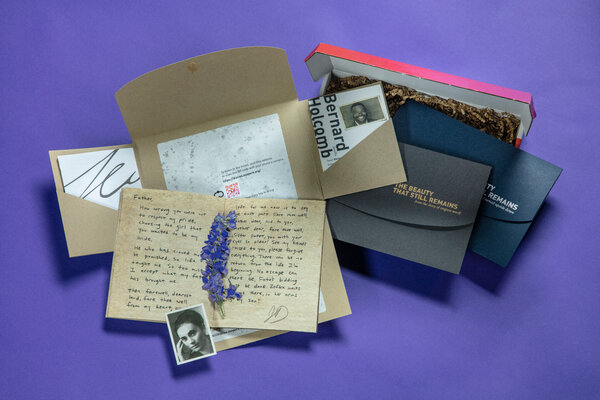 Could you name the postmaster general before this year? I couldn’t.

It’s a position that, like Emily W. Murphy’s role at the General Services Administration, enjoyed relative obscurity — until our democracy suddenly seemed to depend on it. Which is why Louis DeJoy, a Trump campaign megadonor who took up the postmaster general job in June, became a household name when his changes to the Postal Service threatened to endanger the unprecedented demand for mail-in ballots this election season.

The post’s integral role in the election was fitting this year, when mail has been unusually indispensable. Homebound by the pandemic, so many of us have turned to deliveries to get by. Strangers exchanged old-fashioned letters through the writer Rachel Syme’s PenPalooza program; restaurants repurposed themselves as meal kit suppliers; the package room in my apartment building has been filled with shipments as surprising as a greenhouse, a room-spanning rug and a pallet of paper towels.

If you can mail all those, why not opera?

It turns out all you need is an envelope. Three of them, sharing a slim box, arrived at my door recently. Together they were On Site Opera’s first production by mail, “The Beauty That Still Remains: Diaries in Song.”

Each of the three actually encloses a song cycle: Janacek’s “The Diary of One Who Disappeared” (1921), Dominick Argento’s “From the Diary of Virginia Woolf” (1974) and Juliana Hall’s “A World Turned Upside Down” (2016). But their packaging elevates them to something more like a real opera. The envelopes unfold to reveal, in side flaps, the standard program notes and artist biographies. In the center, though, are diary facsimiles with ephemera like family photos and dried flowers. The books and the music, experienced together, play off each other for an immersive and tactile drama.

These performances move at whatever pace you’d like. The Janacek is available now and the Argento and Hall are coming, respectively, at the end of November and in mid-December. Each envelope contains a QR code and URL to the audio, which was recorded at Merkin Concert Hall in October and is streaming until March 1. (Another online component is a series of virtual panel discussions, starting on Dec. 1.) 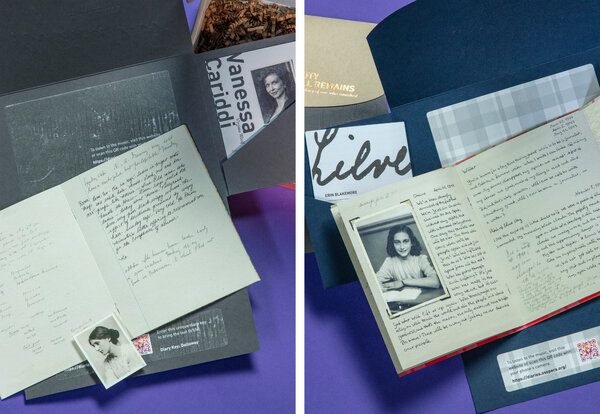 Sitting on the floor of my living room with the packages open around me, I took them in all at once, following the order of their release. So I reached first for “The Diary of One Who Disappeared,” which had been made to look like a leather-bound journal tied shut with laces. Inside, a vellum sheet with a typed note was clipped to the first page; it said that in a Moravian village, a young man, Janicku, had vanished mysteriously, and that this diary was found several days later.

The reason for his disappearance — the subject of Janacek’s burning song cycle about Janicku’s forbidden, obsessive love for a Romani woman named Zefka — is recounted in the pages that follow, the text rendered as diary entries accompanied by doodles primed for psychoanalysis. His handwriting is sometimes lowercased and sometimes capitalized, but always anguished.

As Janicku, the tenor Bernard Holcomb sings Janacek’s lines — which resonate like natural speech patterns, punctuated by operatic outbursts — with near-constant pleading, a contrast to the lush and alluring command of Zefka, here the mezzo-soprano Vanessa Cariddi. (An ethereal trio of sopranos, Chantal Freeman, Temple Hammen and Stephanie Perez, haunt the piece; the piano part, as in the other two song cycles, is nimbly played by Howard Watkins, an assistant conductor with the Metropolitan Opera.)

While listening to Janicku’s tale, in a poetic English translation by Bernard Keefe, you can pore over his diary — created by the director, Eric Einhorn, and the graphic designer Stephanie Reyer — and study it, as if you’re investigating his disappearance. You can obsess over the small photo of a woman with an intense, avian stare. And, in the blank final pages, you can contribute as well; there are prompts, such as “What did falling in love for the first time feel like?” and “Describe the craziest thing you ever did for love.”

The beginning of the next song cycle, “From the Diary of Virginia Woolf,” contains a similar prompt, a question from Woolf to herself: “What sort of diary should I like mine to be?”

As if to answer, the eight movements explore a variety of options, their versatility matched by the singing of Ms. Cariddi, again. (The text in the book mimics Woolf’s journals, with dense cursive on the right pages, and the left ones kept for miscellany like math and verb conjugations.) In the unexpectedly touching and lyrical “Fancy,” she reflects on the possibilities of style. Accompanied by shimmering piano, she paints a prose portrait in “Rome, May 1935.” And in “Last Entry, March 1944,” she perhaps arrives at an answer to her initial question: “I mark Henry James’s sentence: Observe perpetually.” The word “observe” is repeated, considered from different angles, internalized. By the end, the production is asking us to do the same, instructing, “Catch it all.”

Ms. Hall’s “A World Turned Upside Down” takes its title from the diary of Anne Frank, its patterned-fabric cover and scrapbook spirit replicated here, with the libretto’s English text interspersed throughout. These seven songs, for soprano (Cristina María Castro) and piano, are deferential to the surface emotions and ideas of Frank’s writing, to the point of literal-mindedness. Effervescent music accompanies notes on her birthday; dissonance, jittery trills and suspenseful pauses are an obvious analogue for an entry about footsteps in the night.

After the final section, I closed the diary and grabbed its envelope. A portrait of Anne Frank fell out from between the pages. I held it in my hands, giving another look at her hopeful smile and thinking about the lilting song in which she shares her greatest wish: to be a writer. The words held their own power; so did the music. With this small photo, both took flight.