Limbs wrapped in plastic. Hard hats at the ready. The smell of spray paint thick. This was the scene in Hong Kong as protesters forced their way inside the government’s headquarters. 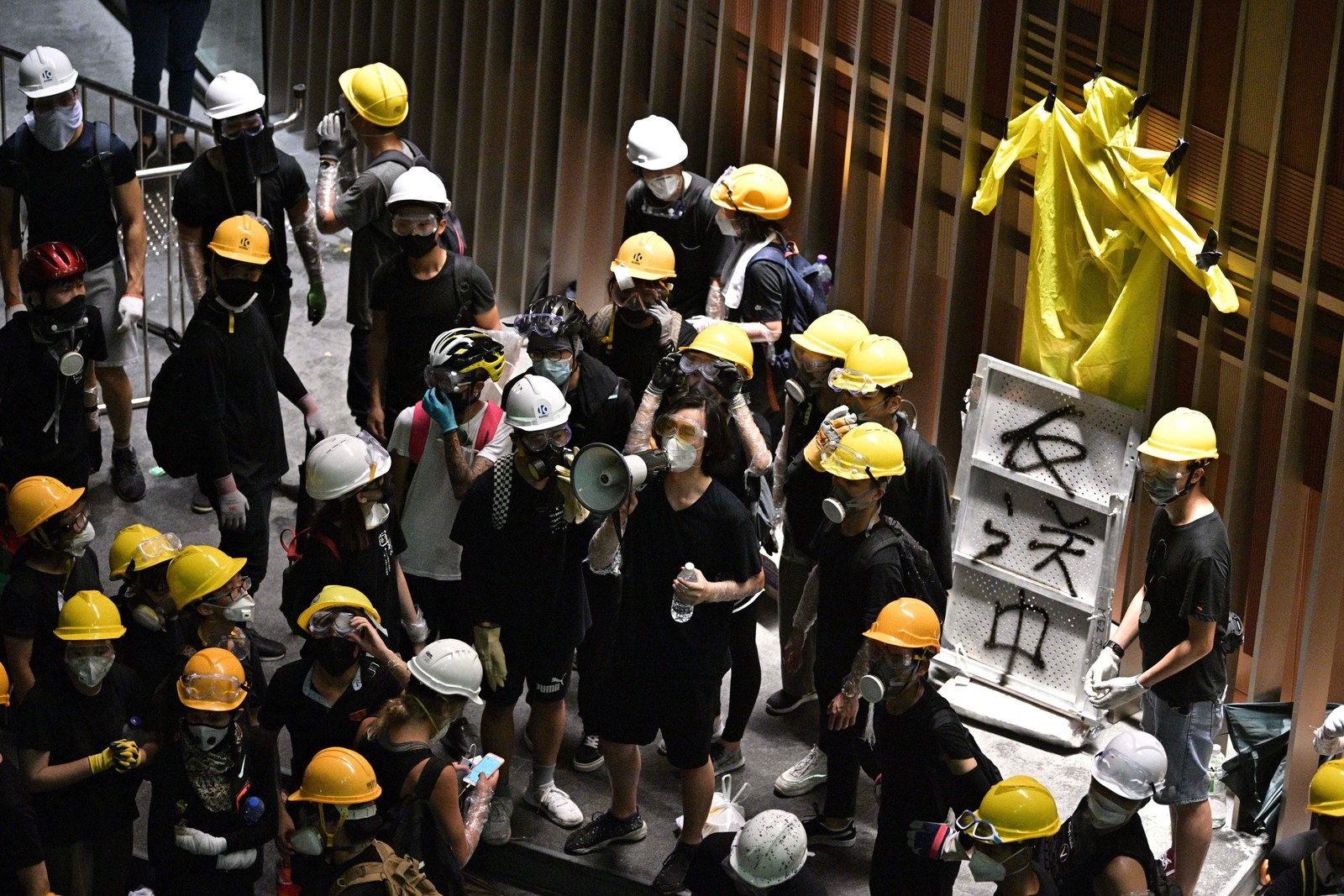 HONG KONG — Hong Kong citizens smashed their way into the city’s main government building on Monday, the anniversary of the territory’s return to Chinese rule.

“For the longest time we wanted to get in here,” Edgar Kwok, one of the hundreds of protesters who’d made their way inside, told BuzzFeed News through his black face mask.

“If we the people can get in here it meas you have to listen to us,” Kwok said while inside the building’s lobby. “We want the government to listen to us, not the other way around.”

The protests have been ongoing for weeks now, as anger at a bill that would allow suspects to be extradited to mainland China for trial has shifted into anger at the territory’s government more broadly.

People gathered on Monday quickly surrounded the headquarters of the Legislative Council, or LegCo, the legislature of the semi-autonomous territory. The demonstration appeared well-organized and prepared for conflict with the police from the outset. Some attendees had their limbs wrapped with plastic and wore face masks to guard against tear gas. Long lines of people ferried supplies through the crowd and chants broke out reminding those gathered not to take photos that would make identifying participants easy for the authorities.

Hard hats were also distributed as the crowd nearest the building began attempting to break through the defenses surrounding the LegCo building. Protesters zip-tied metal barricades together and launched them at the lobby, even as police could be seen waiting behind the doors. The bars around the building came down one at a time as the people worked to gain entry.

After hours of efforts, even as crowds milled around peacefully further away, the protesters outside the LegCo had managed to smash their way through the glass doors and windows to work on the metal barricades inside.

Once inside, protesters began to take out closed-circuit cameras that might later be used to identify them while others destroyed interior doors. Protestors also coordinated to AirDrop a map of the building’s fire evacuation plan onto other peoples’ phones.

A yellow poncho that demonstrators hung inside the LegCo served as a reminder of a young protestor who died by suicide last month — just prior to his death, the man called for the removal of Carrie Lam, Hong Kong’s chief executive, from office.

Others made their way inside the LegCo’s main chamber to spray-paint the city’s logo with black paint and tie a flag from the British colonial period in Hong Kong to podiums inside. 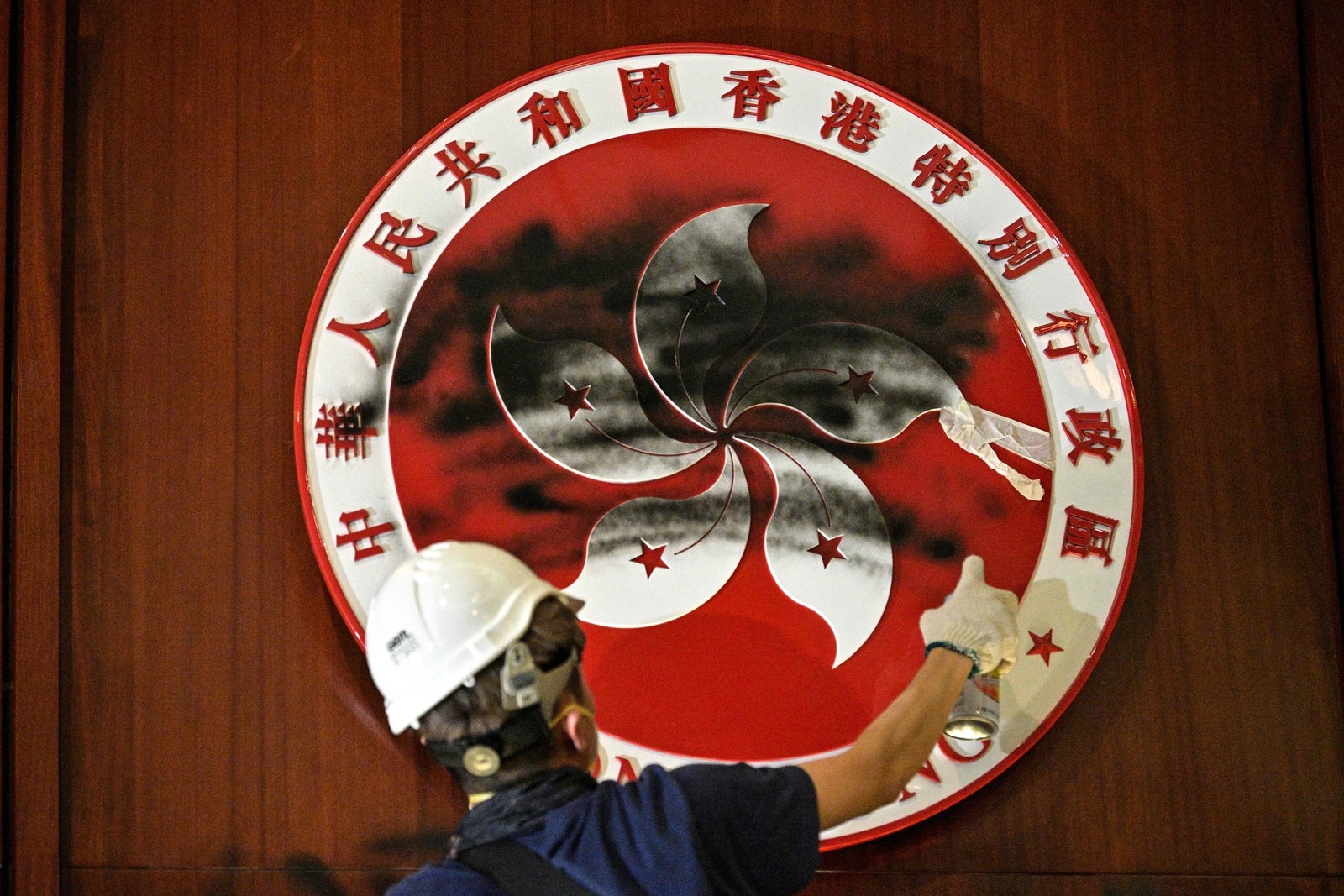 Hong Kong police have described the protest as a “riot,” leading many to disperse, the air thick with the smell of aerosol from cans of spray paint still. Others began to gather on the ground floor to game out what their next steps would be.

Police announced that they would soon clear the building and as protesters started to clear the lobby, a round of applause broke out in the crowd. Renewed chants of “Hong Kong, add oil” — a Chinese idiom that means “keep going” — filled the air.

More on the Hong Kong protests