We don’t get to see much of Halle Berry’s two kids very often, so it was a huge surprise to see daughter Nahla Ariela Aubry, 13, from her former relationship with model Gabriel Aubry, pop up on her Instagram page. Her mom shared the most beautiful photo of the two of them laughing with joy in honor of Nahla’s 13th birthday. 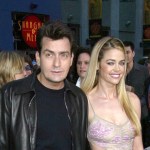 The message was short, but the heartfelt emotion rang through for her firstborn. “No matter how many times I tell her I love her, I love her more than that,” Berry wrote. “Happy 13th Birthday Nahla Boo 💜” The picture has a grainy filter on it, but the huge smiles on both of their faces show a tight mother-daughter bond and Nahla has the same stunning looks as her mom.

Berry is also mom to son Maceo Robert Martinez, 7, from her marriage to French actor Olivier Martinez. As a parent, she’s been very protective of her children’s privacy and even lobbied with Jennifer Garner in 2013 to have an anti-paparazzi bill passed in California to limit a photographer’s ability to take photos of celebrities’ children out in public.

She’s made it a priority to show Nahla that she has incredible choices in life. It’s important to pursue your passions, but family always comes first. “It’s wildly affected my life. I haven’t worked as much since I had my daughter,” she told Hello! magazine in 2012. “I have another priority and she’s it. But I do want to send her the clear message that working is important and doing something that you love ― that validates you, or makes you feel you are giving yourself to the world ― is really important, so I will keep working.”

With Nahla now an official teenager, it’s probably hard for Berry to believe that her daughter is growing up so quickly. Those years go by fast, so those sweet mother-daughter moments are going to be cherished even more. Happy Birthday, Nahla!

Before you go, click here to see celebrity kids who are all grown up.