Halle Berry is done with being “defined” by her age in Hollywood, and her way of hitting back is her latest movie, Bruised, where a middle-aged MMA fighter gets one last chance at redemption in both her personal and professional life. By playing the role, the Oscar winner wants to send a message to the entertainment industry that just because women reach 40 or 50 or 60 (insert any age that Hollywood thinks is “old”) doesn’t mean their lives are over — in many cases, they are just beginning.

At ESPNW: Women + Sports Summit Day, Berry talked about the opportunity to make the lead character in the film a 50-something Black woman. “First and foremost, I was trying to defy this age that gets put on us as women,” she told moderator Malika Andrews. “What I found being a woman in Hollywood, before I read my name, I read my age. They always want to define us and put us in this box of this number that we were born with.” Berry emphasized that age is just a number and “it doesn’t define who we are in any way” and a lot of the power comes from our inner strength. She added, “So by making it a woman of my age, I thought it was a way to prove that it doesn’t define us. It’s in our mind, it’s emotional, it’s our willpower.”

Another important aspect of the film was telling the story through a Black female perspective because it adds another layer to her character’s journey. “There’s certain elements to growing up in the Black community, being a woman of color, that are very unique to this story, to this world,” she explained. “There’s relationships within families that are very different because we’ve been discriminated against, so that’s caused us to develop in different ways than other women have.” But at the end of the day, there are so many elements women can relate to because she’s “a mother,” “a fighter” and “juggles all of the balls and has to keep them all in play.“ 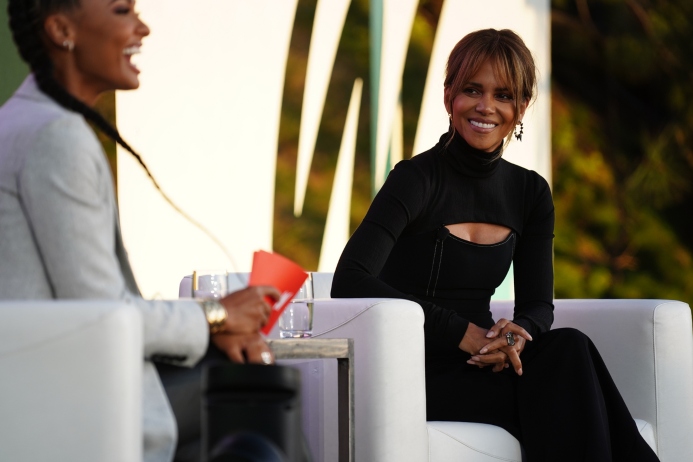 As the star and director of the film, Berry wanted to make sure this story was told through her lens as a 55-year-old artist. “Many times our stories have been told as men as directors — we are getting our stories, but thorough their lens,” she shared. And now, she’s making sure a new voice is heard in front of and behind the camera.

Before you go, click here to see actresses over 50 who are more successful now than ever.