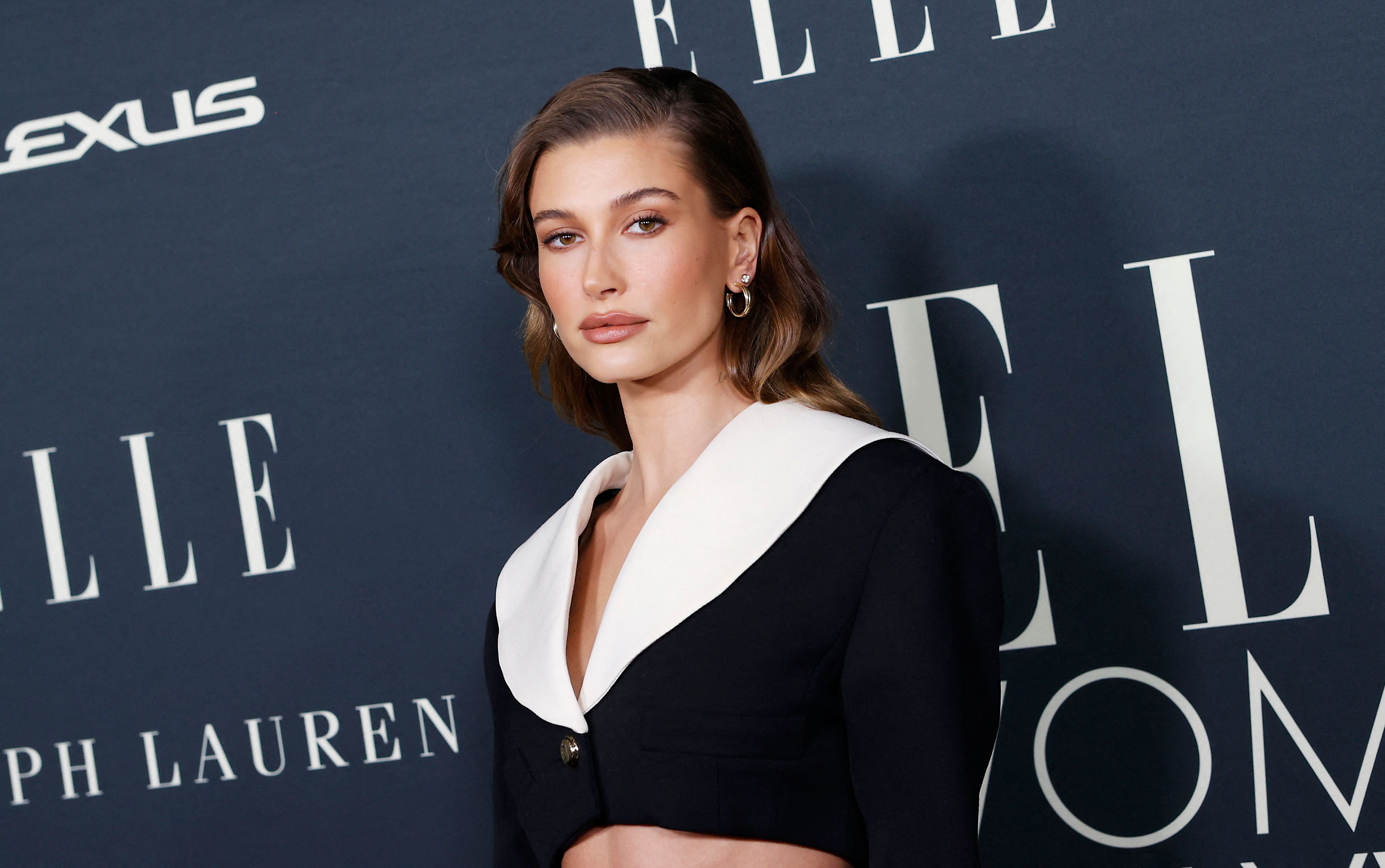 Hailey Bieber has once again explained that she’s not pregnant, and that she has a cyst ‘the size of an apple’ on her ovary.

The model, who’s married to singer Justin Bieber, has had to constantly fight pregnancy speculation.

Opening up about her recent health battle, Hailey, 26, shared a photo of herself lifting up her jumper to show her stomach and wrote: ‘I have a cyst on my ovary the size of an apple.

‘I don’t have endemetriosis or PCOS [polycystic ovary syndrome] but I have gotten an ovarian cyst a few times and it’s never fun. Not a baby.

‘It’s painful and achey and makes me feel nauseous and bloated and crampy and emotional. Anyways…I’m sure a lot of you can overly relate and understand. We got this.’

Justin, 28, and Hailey celebrated their fourth wedding anniversary in September.

The couple got engaged in the Bahamas in July 2018 and secretly tied the knot at a New York courthouse in September of the same year.

They had a larger ceremony for family and friends a year later in South Carolina, where Hailey wore a custom Off-White wedding dress and the pair exchanged Tiffany & Co wedding rings.

Over the years, she’s had to shut down pregnancy rumours, speaking out after a ‘scary’ hospital visit in March.

After an outlet speculated that she might be pregnant, she hit back in no uncertain terms saying: ‘I’m not pregnant leave me alone.’

The couple previously batted away pregnancy rumours after the Met Gala in September, when Justin ‘posed innocently’ with his hand on his wife’s stomach.

Hailey was also forced to deny she was pregnant after Justin cutely referred to the couple as ‘mum and dad’ in one of his Instagram posts.

They’ve clearly not let it get to them, with Justin recently paying tribute to his ‘favourite human’ on her birthday earlier this month.

Sharing a selection of pictures of them together, the singer wrote in all capital letters on Instagram: ‘Happy Birfday (in Japan) to my favourite human being xoxo.

‘You make life magic…obsessed with everything about you. Love bum bum.’