Famed architect Frank Lloyd Wright’s The Harper House is on the market for the first time in 25 years.

Listed by @properties for $1.96m USD, the L-shaped property is constructed of Tidewater Cypress and Chicago Common Brick and features many of Lloyd Wright’s signature touches including panelled and bare brick walls, pitched ceilings and roofs and built-in furniture.

The property is offered fully furnished as well as with a number of pieces of art including a full size reproduction of a Sprite sculpture designed by Wright for Midway Gardens in 1914. 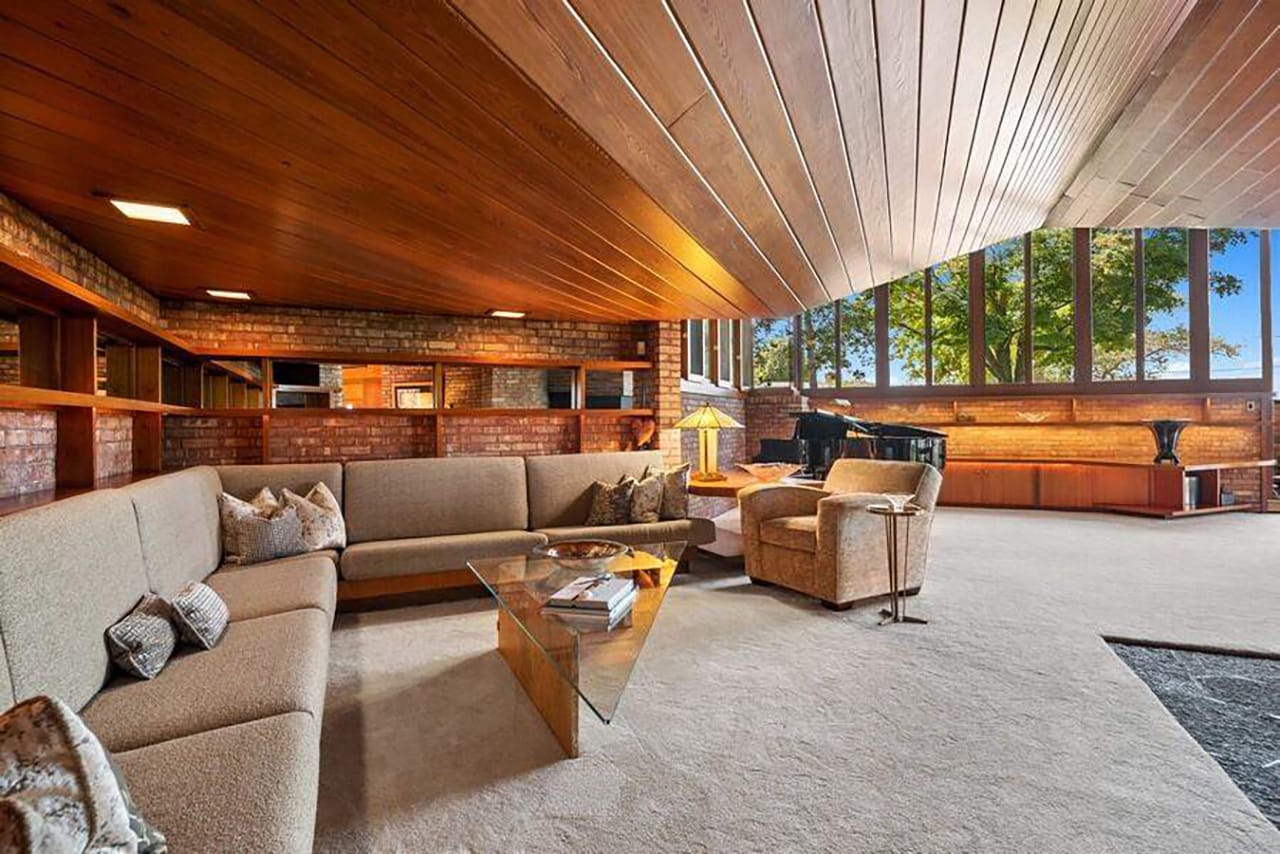 The Harper House is characteristic of Lloyd Wright’s later work, featuring a large brick fireplace, stained glass and mahogany front doors and floor-to-ceiling windows to make the most of its unobstructed views of Lake Michigan.

At some point between its construction and the current owners moving in in 1996, The Harper House was extended from its original 1,700 sq ft to its current size by former Lloyd Wright apprentice, Charles Montooth, who added a flat-roofed section facing away from the lake.