Ben Platt and his now-iconic blue striped polo are ready for the big screen.

Audiences got their first look on Tuesday at the film adaptation of Broadway’s “Dear Evan Hansen” with the release of a new trailer. Directed by Stephen Chbosky, the movie follows Evan Hansen (played by Platt), a tormented teen who achieves viral fame in the wake of a classmate’s death, though a troubling secret threatens to shatter his newfound popularity.

Due out this fall, the “Dear Evan Hansen” features music by Oscar winners Benj Pasek and Justin Paul. Platt, who is reprising his Tony-winning Broadway role, leads a cast that includes Amy Adams, Kaitlyn Dever and Julianne Moore.

Much of the buzz on Tuesday, however, focused on Platt’s hair, which appears to have been, um, upgraded for the movie.

For the sake of comparison, Platt sported a noticeably shorter ’do in the Broadway production of “Dear Evan Hansen” back in 2016. 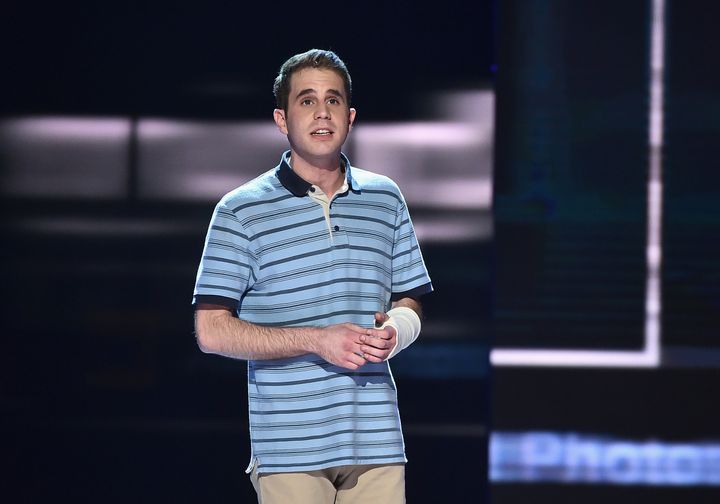 Questionable coiffure choices aside, “Dear Evan Hansen” looks poised to be a hit when it arrives in theaters this September. Platt’s star has continued to rise in recent years, thanks to his performance in Netflix’s “The Politician,” for which he snagged a Golden Globe nomination, and the release of his debut pop album, “Sing to Me Instead.”

Last week, the actor opened up about the “dystopian” experience of shooting the movie in Atlanta amid the COVID-19 pandemic.

“The whole process was weird because I never saw my director’s face from here down,” he told James Corden, covering his mouth as if with a face mask. “I wasn’t allowed to touch anyone except for my four co-stars. Luckily, Evan Hansen, as you know, is a very lonely, isolated guy. So at least it kind of fed into that. If I was making a [comedy], I don’t know how I would’ve fared.”