Dave Bautista Bashes 'Fast and Furious' Franchise: 'I'd Rather Do Good Films' 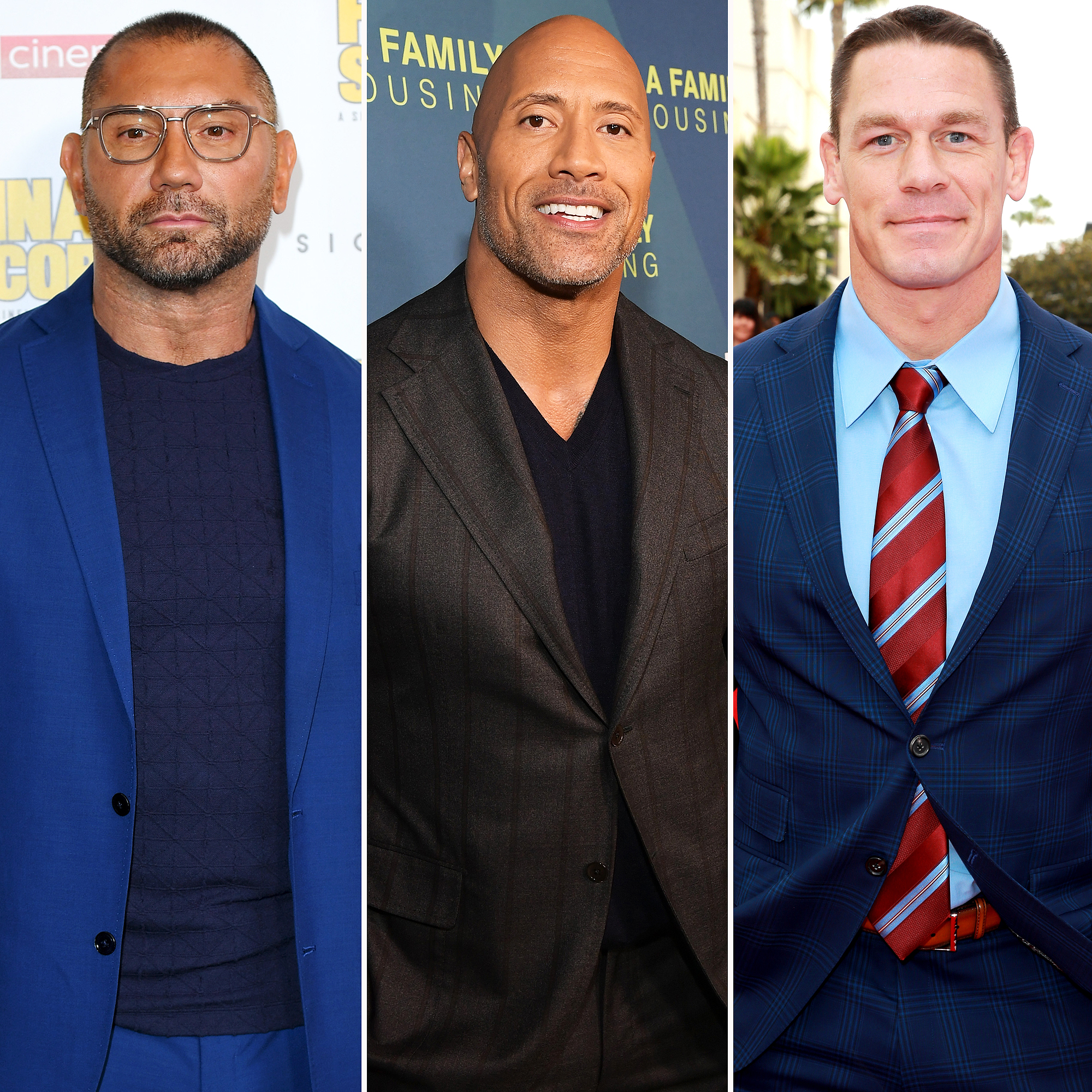 Thanks, but no thanks. Guardians of the Galaxy star Dave Bautista was not feeling a fan’s suggestion that he play the villain in a Fast and Furious spinoff with Dwayne “The Rock” Johnson and John Cena.

“@TheRock and @JohnCena will get a Fast and Furious spin off also and @DaveBautista will Be the villain,” the commenter tweeted.

Bautista, 50, responded with a sick emoji on Saturday, June 28, writing, “…..thank you for your consideration… #idratherdogoodfilms.”

When one Twitter user hit back at the retired wrestler, tweeting, “Presumably Big Dave has already forgotten Escape Plan 2,” Bautista had even more to say.

“Genius! Big Dave didnt state that he’s never done a bad film. But I did them for particular reasons that helped build an ‘acting’ career,” he shot back. “And I got to work with Sly so in your face with that! You’re dismissed!”

Neither Johnson, 47, or Cena, 42, have publicly responded.

The two men seem to be a sore subject for the Blade Runner 2049 actor. In a February 2019 interview with the Tampa Bay Times, he noted that he “hates” being likened to the two.

“Do not compare me to The Rock or John Cena. Everyone does it,” he said. “Those guys are wrestlers who became movie stars. I’m … something else. I was a wrestler. Now, I’m an actor.”

The four-time WWE World Heavyweight Champion also seemed unimpressed with the Jumanji star’s acting abilities, saying, “Rock was, in a way, a movie star before he was even a movie star. There is something about him that’s really special. I’d never take that away from him. Would I consider him a great actor? F— no.”

Bautista has also been plenty vocal when it comes to his own franchise: In August 2018, he threatened to quit the Guardians of the Galaxy movies if director James Gunn’s script was not used in the wake of the latter’s July 2018 firing over controversial tweets regarding pedophilia and rape from nearly a decade prior.

“Where I’m at right now is that if [Marvel] doesn’t use that script, then I’m going to ask them to release me from my contract, cut me out or recast me,” Bautista told ShortList at the time. “I’d be doing James a disservice if I didn’t.”

Gunn was rehired in March 2019, and Guardians of the Galaxy 3 is slated for release in February 2021.