Having his back. Colton Underwood took to social media to wish former Bachelor host Chris Harrison well in his future endeavors after his departure from the franchise.

“Grade A human being,” Underwood, 29, captioned a photo of Harrison, 49, via his Instagram Stories on Tuesday, June 8. “Thank you for being a friend, a stand up guy and a hell of a host. Can’t wait to see what you do next!” 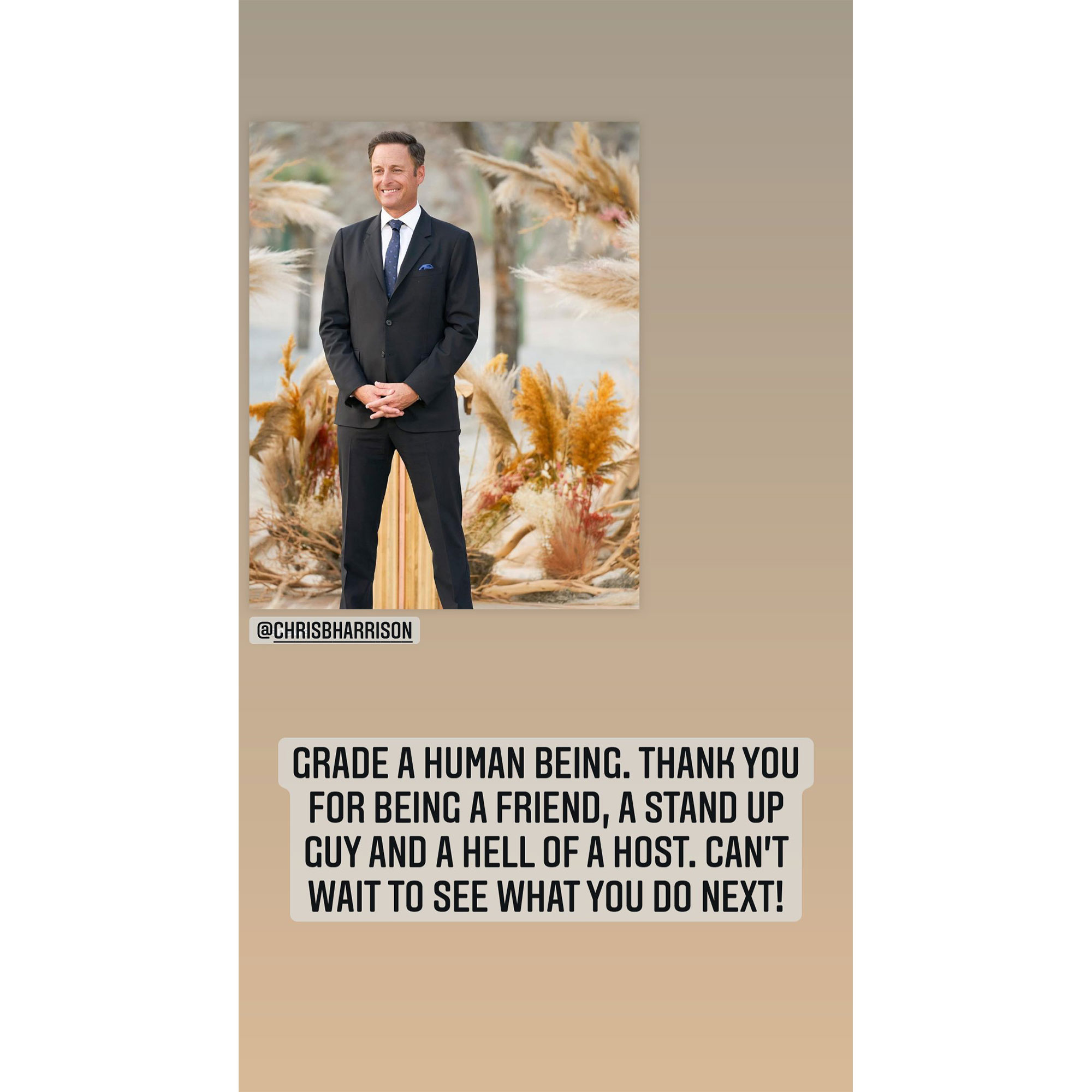 The season 23 lead’s comes the same day that Us Weekly confirmed Harrison’s permanent exit from the franchise. The host reached an eight-figure settlement with ABC hours after Katie Thurston’s season 17 premiere of The Bachelorette aired on Monday, June 7.

Earlier on Monday, Underwood posted and deleted another supportive message for Harrison before Tayshia Adams and Kaitlyn Bristowe kicked off their gig as cohosts for Season 17.

“What a guy. What a host. Love and miss you dude,” the former professional football player captioned the now-deleted video via Instagram Stories on Monday. 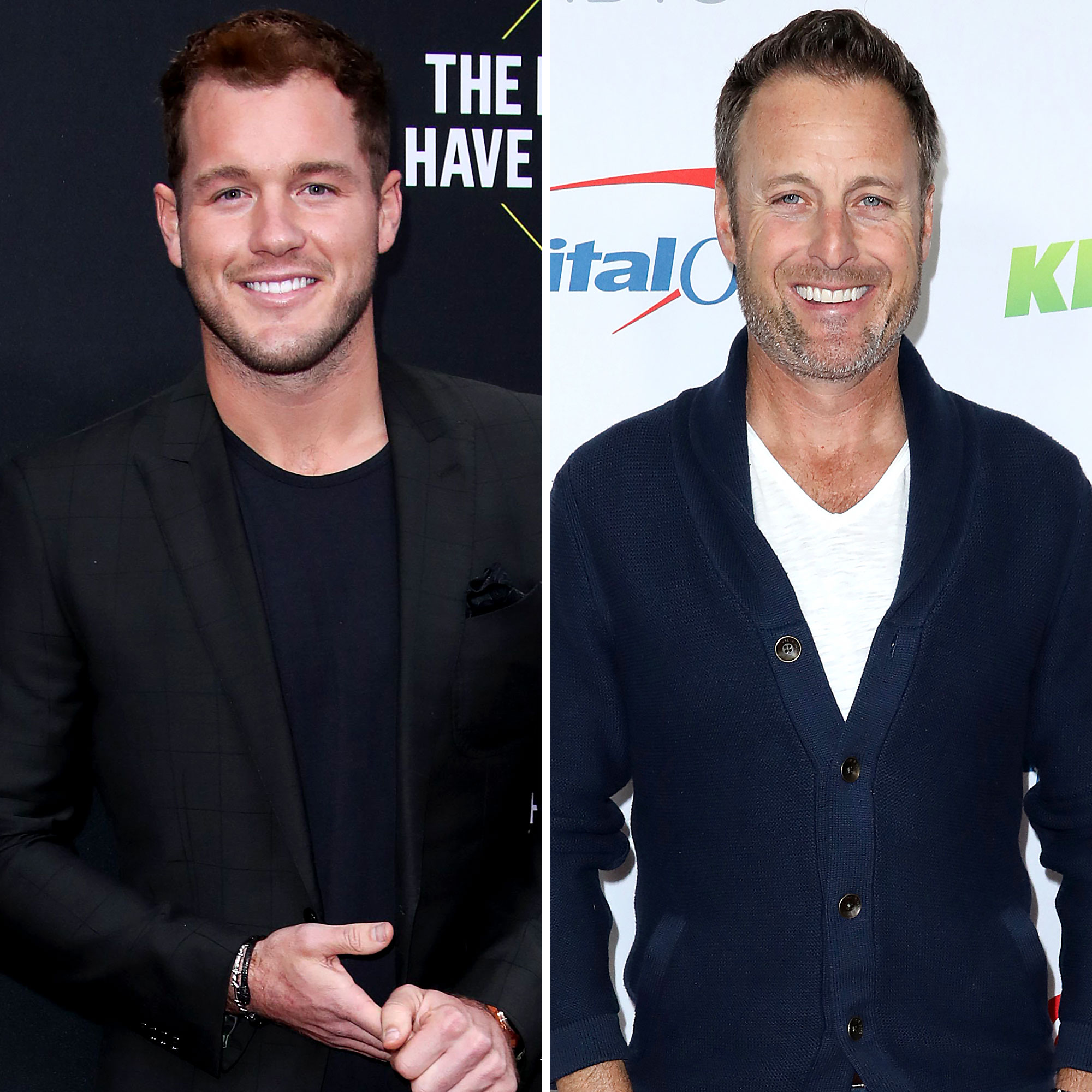 Harrison’s departure from his hosting duties for The Bachelor comes after his controversial comments about season 25 contestant Rachael Kirkconnell‘s allegations of racism, which first made headlines in February while Matt James‘ season was still airing.

How Chris Harrison’s Interview With Rachel Lindsay to His Exit: A Timeline

During an interview with Extra at the time, Harrison told Rachel Lindsay that people need to have “compassion” for the contestant following resurfaced racially insensitive photos.​​​ The host subsequently faced backlash for his choice of words and he issued a public apology at the time.

“I have spent the last few days listening to the pain my words have caused, and I am deeply remorseful. My ignorance did damage to friends, colleagues and strangers alike. I have no one to blame but myself for what I said ad the way I spoke,” he wrote via Instagram in February. “I set standards for myself, and have not met them. I feel that with every fiber of my being. Now, just as I taught my children to stand up, and to own their actions, I will do the same.”

The statement continued: “By excusing historical racism, I defended it. I invoked the term ‘woke police,’ which is unacceptable. I am ashamed over how uninformed I was. I was so wrong.”

Former ‘Bachelor’ and ‘Bachelorette’ Winners: Where Are They Now?

The Texas native concluded that he “will be stepping aside for a period of time and will not join for the After the Final Rose special.” Harrison added that he continues to be “dedicated to getting educated on a more profound and productive level.”

After Emmanuel Acho hosted After the Final Rose in March, Harrison was replaced by Adams, 30, and Bristowe, 35, for season 17 of The Bachelorette. Us later confirmed that Harrison would not be returning for season 7 of Bachelor in Paradise, which will instead have a rotating selection of celebrity guest hosts including David Spade.

Underwood and Harrison have previously shown support for one another, with the Perfect Letter author publicly sending encouragement to the former NFL star after he came out as gay in April.

“Very proud of you today @coltonunderwood,” Harrison posted via Instagram following Underwood’s interview with Good Morning America. “Happy to see you stand up and openly live your truth. You have my love and support my friend.”