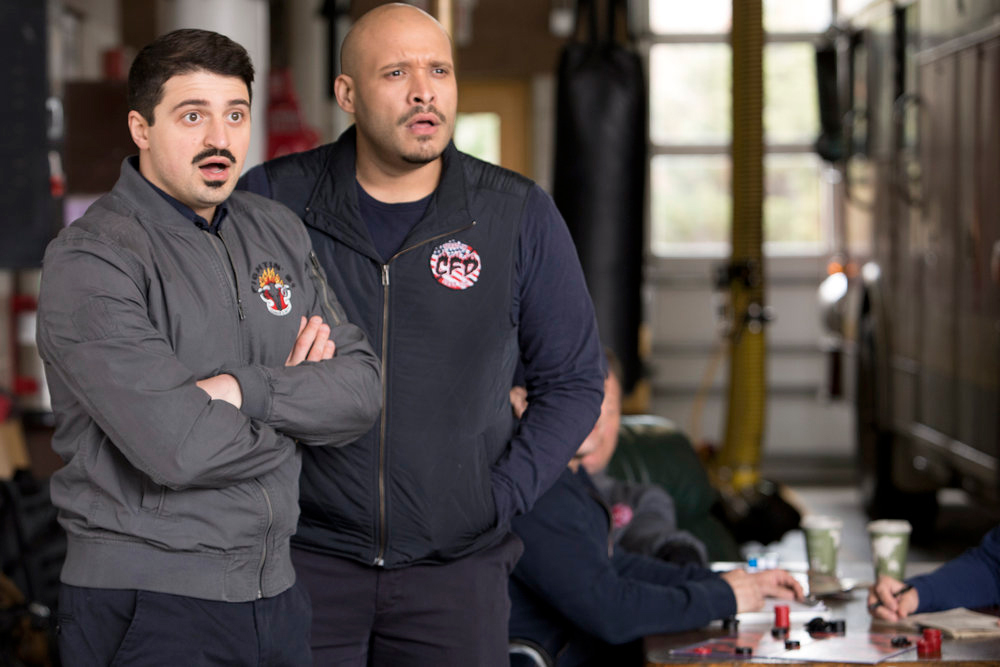 Over the past 7 seasons, Chicago Fire has included a great deal of heartbreaking story lines and near-death experiences. However, the Wednesday, September 25, premiere took it to a whole new level. Picking up just seconds after season 7 left off, with the basement fire threatening everyone’s lives.

While everyone seemed to be accounted for, Joe Cruz (Joe Minoso) heard the distress signal alarm going off, informing the group that a firefighter was not breathing. It was then that he found Otis (Yuriy Sardarov), badly burnt and unconscious. Once they arrived to the hospital, while he was still breathing, the group was informed he wouldn’t make it.

Before he took his last breath, he turned to Cruz in the hospital and said a Russian phrase. It translated to, “Brother, I will be with you, always.”

Following the episode, co-creator Derek Haas answered all our burning questions about the shocking death.

Us Weekly: At the end of last season, P.D. and Med announced exits. You didn’t have this in mind, yet. How did the decision come about?
Derek Haas: We were two weeks into hiatus and I called my two head writers and we just started talking. We’ve pulled the rug out from under people all the time, or did the Charlie Brown with the football thing where we set people up into a dangerous situation. It’s been since Shay (Lauren German) died (in season 3) that we actually had that kind of a tragic event after a call. We’ve had characters injured and characters leave the show, but if you keep pulling that football then the audience just stops believing that the dangerous situations are actually dangerous. So we decided we should do it. We should make this one really have consequences that set up the new season and have characters having to now deal with the death of a colleague in their own ways. We’ve done it before where, in the face of tragedy, our whole house comes together and faces off whatever the external force as a group are. We thought, this year, we would do it more focused on the different ways different individuals have to deal with something like this in their lives. So the time it might take one person to get past something, to feel whole again, is not the same clock that somebody else is on. 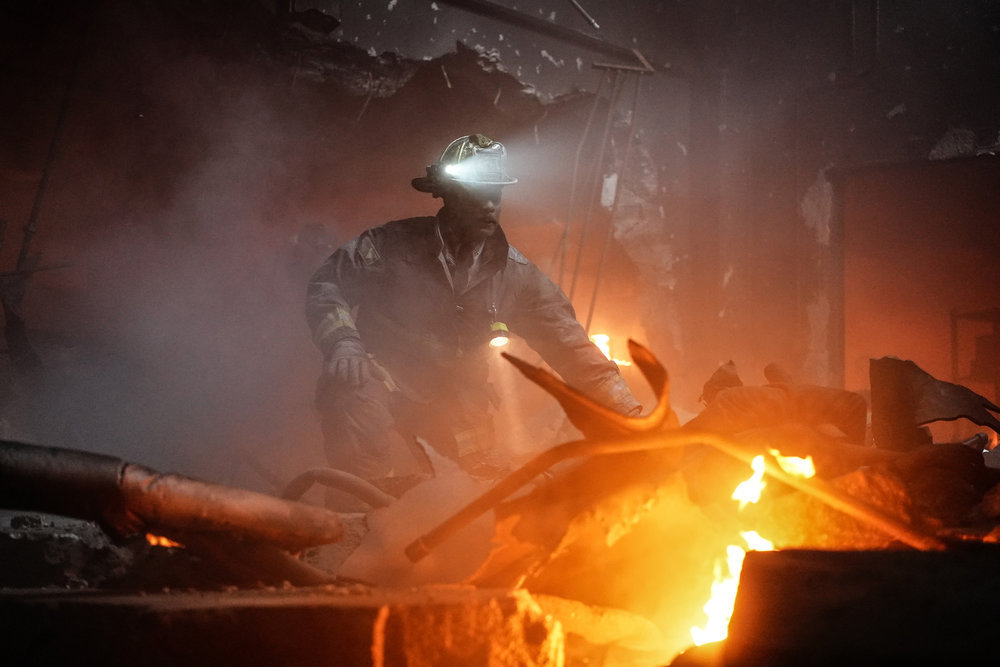 Us: What was the conversation with Yuriy like?
DH: I called Yuriy pretty much the next day after we had figured this out, and I had talked to Dick Wolf about it. I’ve known Yuriy since he was a sophomore or junior in college. He did a movie that Michael [Brandt] and I made. So he was one of the first people we cast in the show, in a little role that became bigger and bigger. It’s been amazing to watch him grow as an actor and handle everything — comedy, trauma, action, all of the things that you would want from an actor. It was a tough call, but talk about a guy who’s not only a young professional in the true sense of the words, but also understands creativity and the creative process and the needs of a show. He was just grateful for the experience and said he was “playing with the house money at this point,” which was great to hear. I had this calm sense that I know Yuriy is going to do amazing things. I get to be the Proud Papa now and watch him go off and do whatever he’s going to do next.

Us: When you came up with this, were there discussions about killing off someone else?
DH: Well, everything was on the table when we first started talking, but we came up with this idea pretty early and just stuck with it.

Us: I was so moved by Cruz’s performance. I assume it’s going to be a rough road for him.
DH: It is. It’s gonna be a rough road. He’s gonna deal with it, honestly, in a cycle of emotions, in a cycle of different ways and it’s gonna last a while. I do think there are good days and there are bad days for everyone. I know when my father-in-law died, who I was really close with, I called it “Catching a wave.” Every now and then you just get this wave that would hit you in the least expected moment. So I think we’re gonna see those kind of things and not just with Cruz, with other characters too.

Us: We have to talk romance before we wrap! I have to assume we’ll see Brett (Kara Killmer) back in Chicago soon. She doesn’t seem thrilled — is it that because of her lifestyle or because of Kyle?
DH: We’re always trying to surprise the audience. We had the chaplain propose at the end of the premiere and Brett surprisingly said yes but is in an emotional state where saying yes seemed like the right thing to do for her. I think the audience is ready for us, at the end of the premiere, to be like, “Oh, I was just, whatever, we’re not really going through with that.” So when we cut to three months later in Indiana, Brett getting her cast off, that was the first surprise. I want that to keep playing out. It’s not resolved by the end of the first episode; it’s not necessarily going to be resolved by the end of the next episode. Plus, in my Machiavellian way, I got a chance to bring Hope back who I always loved.

Us: Severide (Taylor Kinney) finally seems to be in a good place with Kidd. I know that’s never a longterm thing. Can we expect their relationship to be moving in a good direction for a little bit?
DH: Yes, you can. I think he’s gonna try to live up to the words that he said to her in the finale, just to be the boyfriend, the man that she deserves. There’s gonna be pressures on them, but it’s not pressures on their relationship as much as external pressures on them as people. What’s interesting about it is the way that they support each other.