Bruce Springsteen Will Return to Broadway in June

“Springsteen on Broadway” opens on June 26 at the St. James Theater; audience members will be required to show proof of full Covid-19 vaccination to enter. 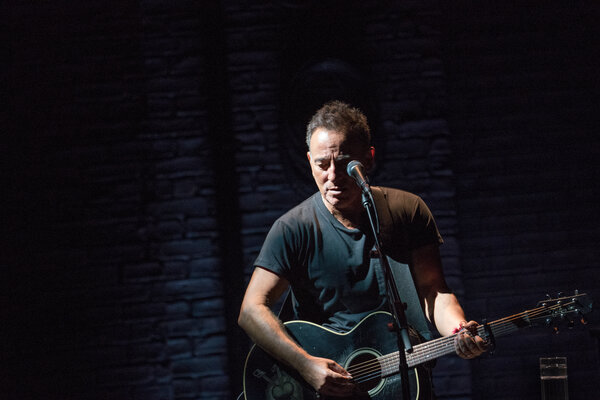 Bruce Springsteen is returning to Broadway.

“Springsteen on Broadway,” the rock legend’s autobiographical show, which ran for 236 performances, including seven previews, in 2017 and 2018, will open on June 26 at the St. James Theater, at 246 W. 44th Street, and have additional performances through Sept. 4, according to an announcement.

Tickets go on sale Thursday at noon Eastern time through SeatGeek, the show’s official ticket seller. SeatGeek, a challenger to Ticketmaster, has a deal with Jujamcyn Theaters, which operates the St. James as well as the Walter Kerr Theater, where “Springsteen on Broadway” had its initial run.

Although Broadway theaters and producers have said they plan to reopen their full lineup of shows after Labor Day, the speed of vaccination, and promising downward trend of coronavirus cases in the United States, have encouraged many performers and producers throughout the entertainment industry to move forward quickly.

According to the show’s announcement, audience members will be required to show proof of full Covid-19 vaccination to enter the theater.

“Springsteen on Broadway” — which had its genesis in a private performance at the White House in January 2017, in the closing days of the Obama administration — is a mostly solo show by Springsteen, drawing from his catalog of hits and his 2016 autobiography, “Born to Run.” The show weaves in stories from throughout Springsteen’s career, with insights into how he wrote songs like “Born in the U.S.A.” (His wife, Patti Scialfa, joined him in some songs.)

The show was a blockbuster hit, selling $113 million in tickets and playing to a total of 223,585 fans. It was also filmed for a Netflix special of the same title, which went online shortly after the last performance in December 2018.