After more than a decade under her conservatorship, Britney Spears had something major to celebrate. The pop star took to Instagram yesterday to reveal that she had finally obtained “real representation” after yet another emotional day in court arguing to have her autonomy over her career and body back from the conservatorship under her father Jamie Spears. In celebration of retaining her new lawyer — former federal prosecutor Matthew Rosengart, per CNN — Spears shared a celebratory video on social media. 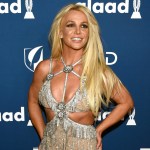 The video featured a compilation of Spears going for a horseback ride and doing a series of cartwheels on the grass, set to the tune of KT Tunstall’s “Black Horse And The Cherry Tree.” While the video definitely spoke volumes to Spears’ longtime fans, her caption illustrated even more. “Coming along, folks … coming along,” she began.

“New with real representation today … I feel GRATITUDE and BLESSED !!!! Thank you to my fans who are supporting me … You have no idea what it means to me be supported by such awesome fans !!!! God bless you all !!!!! Pssss this is me celebrating by horseback riding and doing cartwheels today.” But Spears saved the absolute best part for last. At the end of her caption, Spears left the viral hashtag “Free Britney.”

Spears’ celebratory post comes just one day after she attended another emotional court hearing. During her latest testimony, Spears called for justice, and explained why she wanted to press charges against her father. “I would like to charge my father with conservatorship abuse,” she said in court testimony via phone call, per CNN.

“I want to press charges against my father today,” Spears said. “I want an investigation into my dad.” Along with the entertainer’s testimony, her lawyer urged for Jamie Spears’ removal as his daughter’s conservator. “Jamie Spears should be removed as conservator because it is in [the] best interest of the conservatee,” Rosengart explained. “We will be moving promptly and aggressively for his removal. The question remains, why is he involved? He should step down voluntarily because that’s what’s in the best interest of the conservatee.”

While this is just a single step toward Spears reclaiming her autonomy over nearly every facet of her life, it is definitely one worth celebrating. Strewn through the comment section of Spears’ Instagram post were loving words of encouragement from longtime fans and famous stars like Ariana Grande, Spears’ boyfriend Sam Asghari, and even the official Instagram account for MTV. As Spears’ case presses on, her fans are undoubtedly celebrating along with her, while preparing for the next step.

Before you go, click here to see the most important celebrity lawsuits over the past 15 years.