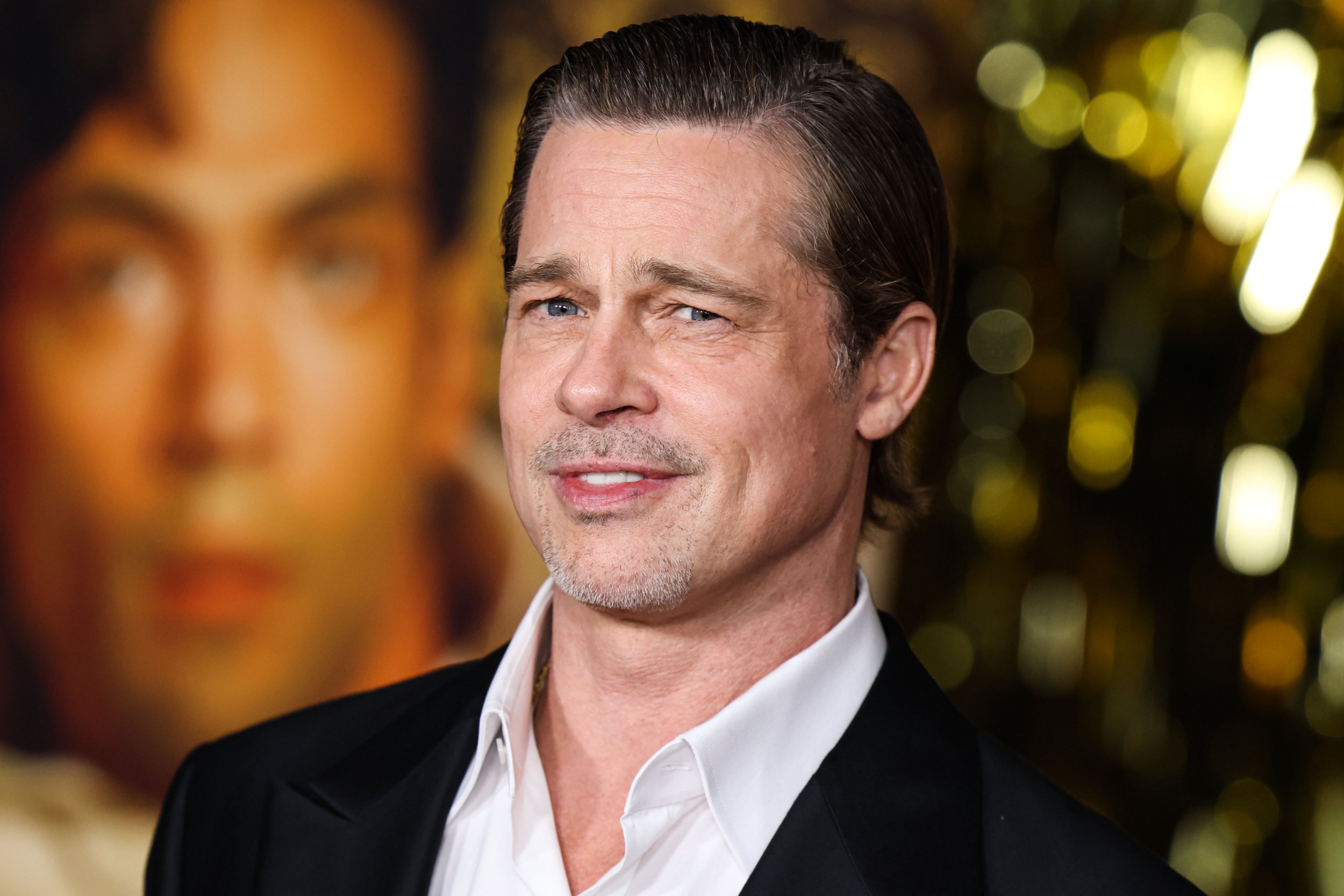 Brad Pitt has been in many a sex scene since his career began, but the Hollywood heart throb has now shared details about the first time he had to strip off on screen for Dallas.

Back in 1987, Brad joined the cast of Dallas, where he played Randy, the boyfriend of Shalane McCall’s character Charlie Wade, who was the daughter of Jenna (Priscilla Presley).

He might have only appeared on four episodes, but he still has strong recollections of his time on the show, as it’s where he had his first dalliance in front of cameras.

Appearing on the cover of W magazine’s Best Performances issue, Brad has spoken about that notable moment of passion from nearly 40 years ago.

‘It would have been in the show Dallas,’ he told the publication when asked about what his first ever sex scene was.

‘I had to roll around in the hay in a barn. I don’t think I had a line. I was just rolling and frolicking.’

However, he did get a chance to say a bit more when stripping off in the 1991 movie Thelma and Louise, in which he had a famous sex scene as J.D alongside Geena Davis’ Thelma.

‘Yeah, that was my entry into the big leagues, I guess,’ he added in the interview.

‘Geena was so sweet and kind and delicate.

‘That love scene, I think, went on for two days of shooting. She took care of me.’

In the years since Brad has gone on to have many more moments like this on screen, and notably later went on to strike up a relationship with Angelina Jolie after they met on the set of spy movie Mr And Mrs Smith in 2005, which involved plenty of sexy scenes.

Whilst they navigated plenty of sex scenes together on screen, Angelina, 47, once said filming them together felt ‘absurd’.

‘Love scenes are strange anyway, but when you’re doing a love scene with a person that you really have sex with? The only way to get through it was for us to all talk about the absurdity of it and make sure no-one was feeling awkward,’ she said while being interviewed by ET to promote their 2015 film By the Sea.

Dallas is streaming on Apple TV.