It’s not often that fans get to see Blake Shelton’s mushy side, but after having spent some time alone in Orlando for the opening of his Ole Red restaurant, it’s clear he’s missing fiancée Gwen Stefani something fierce. Turns out that beyond Shelton’s seemingly tough exterior is a sweet romantic side, and being without Stefani has highlighted his love in full force. While speaking to ET, Shelton couldn’t help but gush about Stefani, whom he called his “best friend,” and we may or may not have let out an audible awww reading what the country star had to say about the pop star. 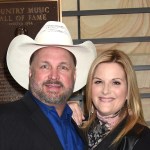 When asked about his Academy of Country Music Awards nomination for “Nobody But You,” his song with Stefani, Shelton had the perfect response. “I texted her actually this morning on the way here. I wish she was here with me … I said, ‘I can’t believe that I get to be nominated for awards with my best friend’… How do you get so blessed and so lucky? It’s unbelievable.”

Again: awwwww. Not only is that such an adorable way to praise Stefani, but we love that he slipped in the bit about how he wished she was there with him on his trip. We’re not exactly sure how long the two have been physically apart, but we love that Shelton isn’t ashamed to let everyone know he misses his fiancée!

FYI, Blake — we’re patiently waiting for our wedding invitation. All jokes aside, we honestly can’t wait to see this couple walk down the aisle and finally say “I do.”

Before you go, click here to see all the celebrity couples who got engaged in 2020.