In case you didn’t get enough BLL content out of the past 48 hours, we now know that the Big Little Lies cast attended Zoë Kravitz wedding to Karl Glusman in Paris this weekend — because, of course, they did. We’re all well aware that the Monterey Five are real-life BFFs (and we’re all still waiting on our invite to the group chat). And while it’s hardly a burden to jet off to Paris for the weekend, it’s still lovely to see these five ladies support each other IRL. The big question that remains: did Meryl Streep snag an invite, and if so, did she join her castmates across the Atlantic?

The wedding itself took place in Lenny Kravitz’s Parisian mansion, an 18th century masterpiece featuring eight bedrooms, a speakeasy, and art by Andy Warhol and Jean-Michel Basquiat. Celebrities in attendance at the event included Cara Delevigne, Eddie Redmayne, Denzel Washington, and Jason Momoa. The wedding was preceded by a rehearsal dinner at Restaurant Lapérouse, where co-owner Grégory Lentz tells People the celebration was in full swing. “Any room with Lenny and Jason and Denzel in it, well… was crazy and insane. There was so much love in the room. There were toasts and they were moving into tequila when I left. They were still going at 2 a.m.”

First up, some photos of guests arriving to the rehearsal dinner —starting with Kravitz herself arriving on the scene: 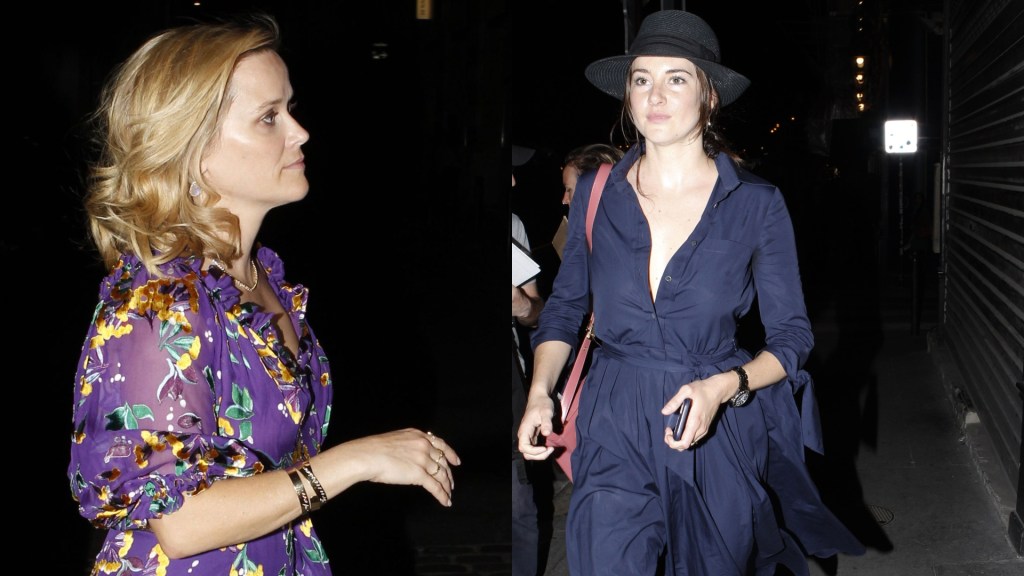 Cosmopolitan reports that Nicole Kidman made it to the ceremony Saturday, but wasn’t present for the rehearsal dinner. Here are some photos of the wedding itself, featuring Kidman, Laura Dern, and more:

And here’s a sweet father-daughter moment between Zoë and Lenny Kravitz:

The wedding looks stunning (as do all of Kravitz’s guests). Hopefully, the BLL co-stars had the foresight to get a wedding group shot — we’re happy to keep stalking their social media pages until we find it.