Archbishop of Canterbury Justin Welby has confirmed a previous report that Meghan Markle and Prince Harry’s legal wedding took place on May 19, 2018 ― with his comments coming just weeks after Meghan dropped a wedding bombshell during the royals’ CBS prime-time special with Oprah Winfrey.

The Duchess of Sussex told the media mogul during the wide-ranging interview that she and Harry tied the knot in their backyard before their May 19 royal wedding.

The archbishop, who presided over the Duke and Duchess of Sussex’s royal wedding and baptized the former “Suits” actor prior to her nuptials, spoke to the Italian outlet la Repubblica about Meghan’s comments. 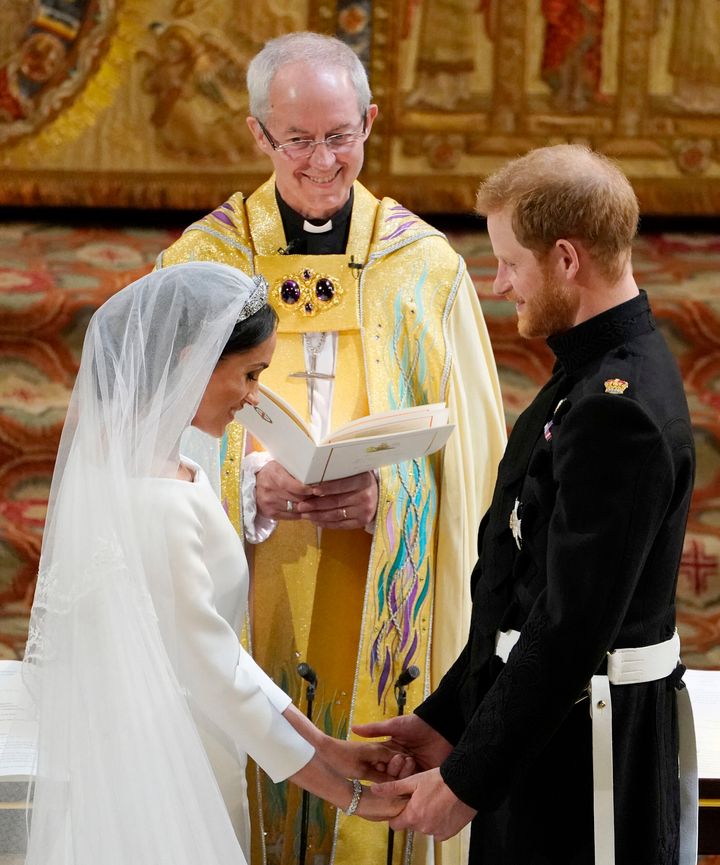 “If any of you ever talk to a priest, you expect them to keep that talk confidential. It doesn’t matter who I’m talking to,” Welby said. “I had a number of private and pastoral meetings with the duke and duchess before the wedding.”

“The legal wedding was on the Saturday. I signed the wedding certificate, which is a legal document, and I would have committed a serious criminal offence if I signed it knowing it was false,” the archbishop added. “So you can make what you like about it. But the legal wedding was on the Saturday. But I won’t say what happened at any other meetings.”

A representative for the Sussexes did not have an on-the-record response on Wednesday to the archbishop’s comments.

Meghan revealed to Oprah on March 7 that she and Harry “got married” before their royal wedding.

“You know, three days before our wedding, we got married,” the Duchess of Sussex said during the interview. “No one knows that. We called the archbishop and we just said, ‘Look ― this thing, this spectacle is for the world.’”

“But we want our union between us ― so the vows that we have framed in our room are just the two of us in our backyard with the Archbishop of Canterbury,” Meghan continued.

After the interview, a source told Town and Country’s royal reporter, Victoria Murphy, that the couple were not legally married in the backyard ceremony.

“A source close to [the couple] acknowledges this and says Meghan was describing a private exchange of vows in the interview but their legal marriage was on May 19,” Murphy tweeted at the time. 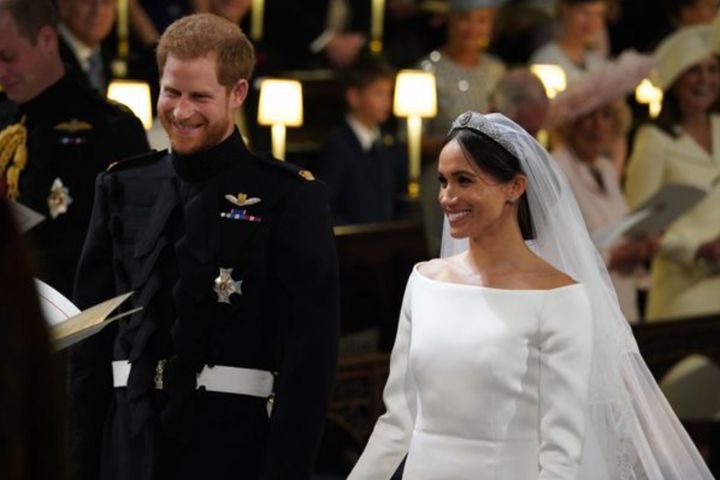 Since Meghan and Harry’s bombshell interview in early March, the royal couple have stayed busy.

In support of Women’s History Month, the couple have also worked to “unleash a groundswell of real acts of compassion for the women in your life and in your community,” as it says on the website of their Archewell Foundation.

“The meeting with Prince Harry and Meghan was a huge boost for MomsRising members, some of whom are struggling without jobs, child care, paid leave, health care, and other essentials during the pandemic,” Kristin Rowe-Finkbeiner, executive director and CEO of MomsRising, said in a statement.

Calling the couple “kind, compassionate and incredibly supportive,” Rowe-Finkbeiner said that Meghan reminded the group to “see ourselves through our children’s eyes” during the meeting.

“Because to our children, we’re superheroes. That really resonated with so many of us,” the executive director added.

Subscribe to HuffPost’s Watching the Royals newsletter for all things Windsor (and beyond).