What looks like a wholesome family photo of Alex Rodriguez and his daughters, Natasha, 16, and Ella, 13, sitting down to enjoy dinner might also be a very calculated dig at his ex, Jennifer Lopez. The former Yankee player is not taking this breakup very well, especially with the news that the “Jenny from the Block” singer had reunited with ex-fiancé Ben Affleck. 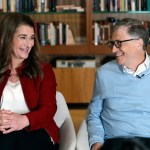 The Instagram post seems innocent at first glance with dad trying to engage Ella while Natasha has her nose buried in her phone — a typical family dinner. But if you look a little more carefully, you’ll notice that there are three empty place settings — is that his way of saying Lopez and twins, Max and Emme, 13, are missing from that table? He didn’t reference his former girlfriend in the caption, but you can almost feel the subtle undertones of what he’s trying to say with just the photo alone.

We hate to tell A-Rod this, but his girl has moved on and there isn’t any looking back. If Lopez didn’t respond to his social media theatrics back in April when he posted a video on his Instagram Story of framed photos of the couple with their kids while Coldplay’s “Fix You” played in the background, a half-empty dinner table won’t work either. There’s also the possibility that he just enjoys the media attention and is hyping up his role as the broken-hearted lover — even though he had a hand in this breakup.

Lopez has reportedly sent clear signals to Rodriguez that any reconciliation talk has been shut down for good. His attempts to “reconnect” with her have been met with her being “very short with him,” according to E! News. We do have empathy for the former MLB star because the wall-to-wall media coverage any time Bennifer steps out in public has to be a stab in the heart, but he might also want to think about how he got here in the first place.