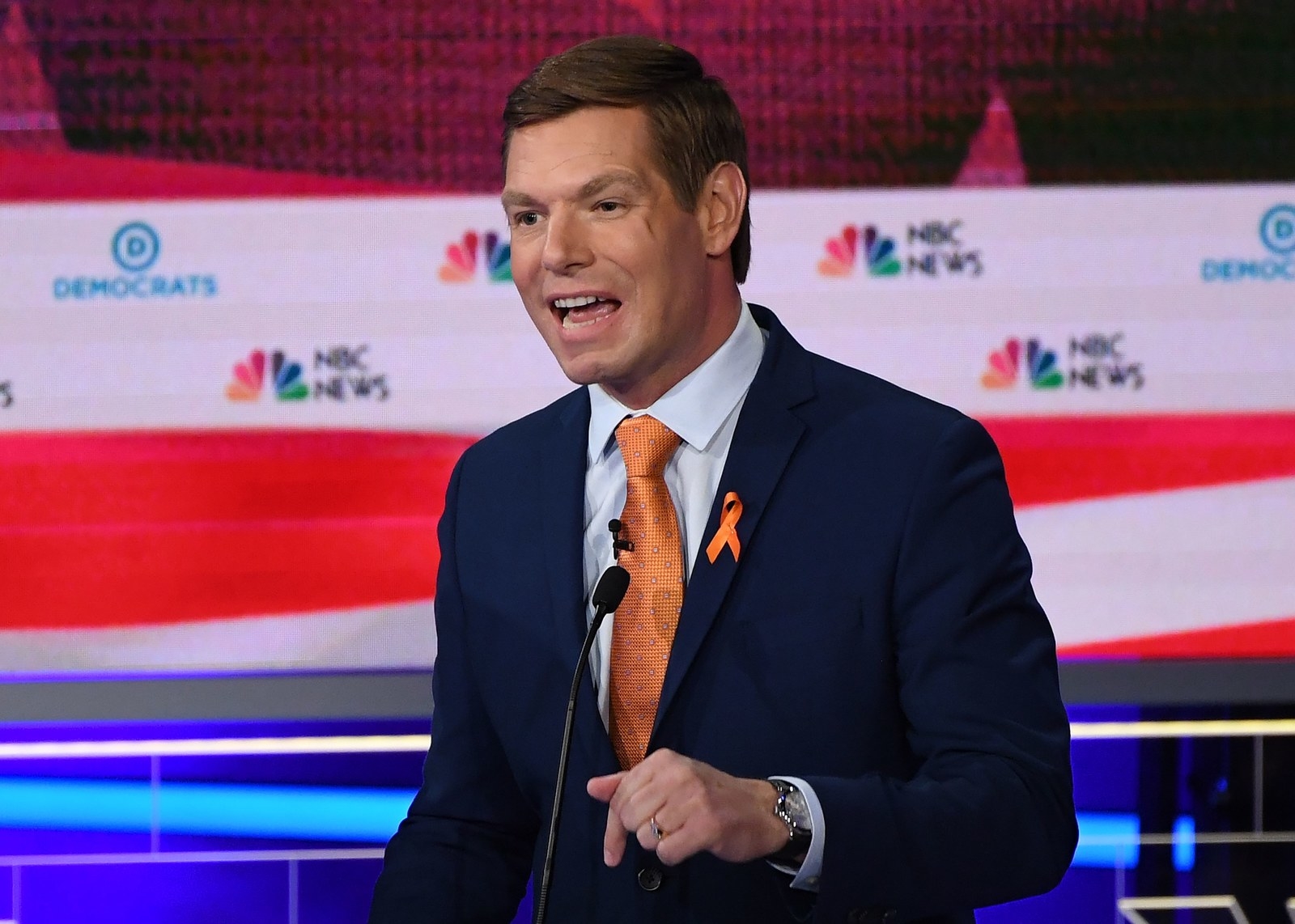 California Rep. Eric Swalwell announced at a press conference Monday that he is ending his short-lived bid for president and running for reelection to his House seat, becoming the second Democrat to drop out of the 2020 race, leaving the field at 23 candidates.

“After the first Democratic presidential debate, our polling and fundraising numbers weren’t what we had hoped for, and I no longer see a path forward to the nomination. My presidential campaign ends today,” Swalwell said.

Swalwell’s announcement comes just three months after he declared he was running during an April appearance on The Late Show With Stephen Colbert.

“The polls have had their way, so here we are in July,” Swalwell told reporters of his decision to drop out three months after announcing his campaign.

That decision isn’t exactly a shock. Despite qualifying and participating in the June Democratic debates, Swalwell’s campaign has failed to gain traction in the crowded field of candidates and has dwindled on the lower end of polling. Swalwell’s campaign abruptly canceled a swing through New Hampshire over the long Independence Day weekend.

Swalwell is best known for his position on the House Intelligence Committee and the House Judiciary Committee and his work on the investigation into Russian interference in the 2016 election.

Swalwell, 38, was one of the youngest Democrats running for president and spent his time during the June debate telling former vice president Joe Biden that it was time for him to “pass the torch” to a younger generation of Democrats so they could solve issues like gun control, automation, student loan debt, and climate change.

The first candidate to drop out of the race was Richard Ojeda, a former West Virginia legislator and congressional candidate who briefly ran a populist campaign for the Democratic nomination after losing his House race. He quit the 2020 primary at the end of January.