A Pianist Loses Himself in a Musical ‘Labyrinth’

Three years ago, in the underground crypt of a church in Harlem, I watched the pianist David Greilsammer perform “Labyrinth,” a program that daringly juxtaposed pieces from across centuries. As a young man, Mr. Greilsammer had a dream that strange, alluring sounds were guiding him through a labyrinth. This recital was his attempt to share that sensation.

Playing without pause, Mr. Greilsammer audaciously shifted from early Baroque works by Johann Jakob Froberger and Jean-Féry Rebel to fantasies by C.P.E. Bach and Mozart to Ofer Pelz’s flinty new “Repetition Blindness.” Movements from Janacek’s mercurial, dreamy, sometimes nightmarish suite “On an Overgrown Path” were inserted among the other pieces.

Mr. Greilsammer played beautifully, but he wasn’t fully satisfied. He kept refining the program, trying out different options and juxtapositions, culminating in a new recording on the Naïve label. “Labyrinth” now includes 19 pieces, movements and — in a daring move — even some fragments of works by Lully, Beethoven, Janacek, Crumb, Ligeti, Satie and more, grouped into what Mr. Greilsammer writes in the liner notes are seven “chapters” in a fantastical and disorienting adventure.

The album arrives at an appropriately unsettling moment for the world. And it is an ambitious attempt by a thoughtful artist to rethink what a recital can be in our time.

Mr. Greilsammer, 43, the artistic director of the adventurous Geneva Camerata, understands that mix-and-match programs can come off as gimmicky. And he has certainly proven himself with traditional programming, as when he conducted the 27 Mozart concertos from the keyboard over a single season with the Geneva Chamber Orchestra.

But even during his student days at Juilliard, Mr. Greilsammer recalled in 2012, he was concerned that classical music was becoming disconnected from our times. He wanted to bring music from earlier eras “into today” — not by playing older pieces in an unusual way, but by placing them in new contexts. 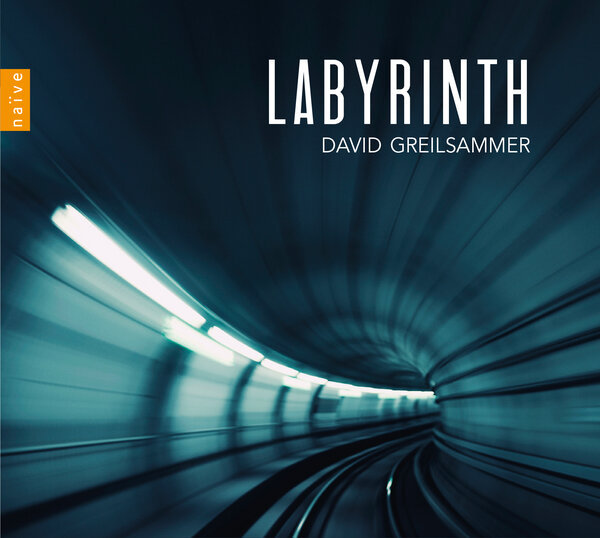 In “Labyrinth,” most of the “chapters” are made up of two pieces by one composer framing a work by another. The first chapter begins with Janacek’s “The Owl Has Not Flown Away” from “On an Overgrown Path.” The piece opens with short, agitated bursts, like grim rustic fanfares, that keep halting and hovering as repose is offered by quizzical passages and chorale-like phrases evocative of ancient folk tunes. This leads into an arrangement of “Les Sourdines,” from Lully’s opera “Armide” — music that reflects the old-world aura of the Janacek, while alive with crunchy harmonies and snappy rhythms. The triptych closes with another Janacek piece, “Words Fail” — and indeed they do in this troubled, shifting music.

In the next section, two of Beethoven’s six Op. 126 bagatelles, from this composer’s late years, frame George Crumb’s “The Magic Circle of Infinity.” As played by Mr. Greilsammer, Bagatelle No. 4 is so pugnacious, it almost sounds like chase music in a silent-film comedy. Yet the middle section turns mysterious, with a hushed, breathless melody unfolding over an obstinate bass pattern.

You remember that mysterious feeling when the Crumb begins: a glistening piece with tinkling chime-like sounds, eerie spiraling figures and thick, plush chords. Bagatelle No. 5, which closes the group, here seems like a graciously lyrical attempt to reconcile the disparate sounds we’ve just heard. In another chapter, steely, propulsive Ligeti études frame an elegantly intricate piece from Bach’s “The Art of Fugue.”

The core of “Labyrinth” is given over to Granados’s poignant “Love and Death,” a rhapsodic 13-minute work with Chopinesque reveries and passages suggesting a forlorn guitar song. The two parts of Mr. Pelz’s maniacal “Repetition Blindness” are broken up by Mr. Greilsammer’s arrangement of the Baroque composer Marin Marais’s “Labyrinth,” which on the surface sounds chirpy and animated, but just below is spiked with tart clusters and fidgety runs. Finally, two fiery pieces by Scriabin provide transfixing context for an arrangement by Jonathan Keren of a Baroque piece for orchestra by Rebel, the aptly titled “Chaos” — teeming, unpredictable and astonishing music.

Besides succeeding as listening pleasure, “Labyrinth” challenges the view that classical music is a story of steady, explicable evolution. Maybe music history is more like a labyrinth. This album encourages us to go with it — to look for points of light and grounding, yes, but also to enjoy being disoriented.