A shocking lawsuit filed against the Church of Scientology earlier this month by an ex-Scientologist threatens to shake the church to its very core. According to Us Weekly, former member Jane Doe (she is choosing to remain anonymous) filed a lawsuit against the Church of Scientology on June 18, which included severe allegations of abuse, kidnapping and human trafficking. What’s unclear in this initial stage is whether the lawsuit has the potential to implicate any or all of the church’s celebrity members and involve them in future legal proceedings should the case move forward.

Per Us Weekly, Doe’s lawsuit, filed against both the Church of Scientology and its leader David Miscavige, includes a wide range of allegations relating to truly egregious behavior; kidnapping, human trafficking, stalking, libel, slander, invasion of privacy and intentional infliction of emotional distress are all included in the lawsuit. The lawsuit notes that “the Church of Scientology presents a facade to the outside world to disguise what, in reality, is nothing more than a cult built on mind control.”

The Church of Scientology has already responded to the filing with an official statement shooting down all of the allegations, stating, “We are confident the lawsuit will fail. The church will vigorously defend itself against these unfounded allegations.”

Experts speaking to Us Weekly weighed in, noting the church has been in a bit of a crisis mode lately and this lawsuit could knock it even down even further. “The church is in crisis,” blogger Tony Ortega, who has been critical of Scientology in the past, told Us. “Membership is dwindling, and its practices are being exposed in ways we’ve never seen before.”

Scientology critic Steve Mango of Mangotology.org, shared with Us that “Scientology has been trying to cover up its crimes and abuse for decades. This suit is the beginning of the unraveling of Scientology as we know it.” 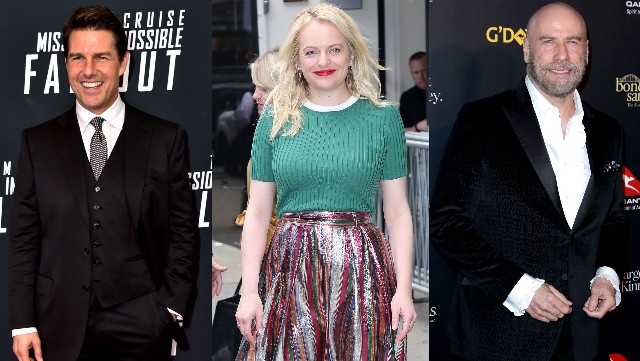 For decades, Miscavige and the Church of Scientology have been at the center of allegations about its practices and treatment of its members. Over the past 30 or so years, the church has also managed to gain notoriety for the celebrities who have become high-profile members and champions for the church’s teachings, including actors Tom Cruise, John Travolta, and Travolta’s wife, Kelly Preston. Celebrities like Elisabeth Moss and Erika Christensen, who grew up in the church, have also spoken in a neutral to positive manner about the organization, implicitly giving their support for the work done within the church. Among the most famous former memberis Leah Remini, whose A+E documentary Scientology & the Aftermath has involved Remini speaking out publicly against the church and voicing similar allegations of potentially criminal behavior in the institution.

Celebrity members have often been used by the church to help promote it and showcase what it believes are the positive aspects of its teachings and its congregation. It’s unlikely any celebrity member will comment on this new lawsuit, but that won’t prevent them from getting involved or implicated in the lawsuit further down the road. If any celebrity is brought into the lawsuit, it could spell serious trouble for the church, and it could shed even more light on the allegations new and old about the institution. The Church of Scientology has struck down many lawsuits in the past, but this new lawsuit has the potential to really rock the organization and those celebrities who have dedicated their lives to singing Scientology’s praises.