Former “The Hills” and “Laguna Beach” star Lo Bosworth didn’t exactly have the nicest things to say about the cast of the infamous MTV reality show who chose to return for the reboot, “The Hills: New Beginnings.”

The original series ran from 2006 until 2010 as a spinoff to “Laguna Beach” and predominantly followed the life of Lauren Conrad as she tried to get her foot in the door in the world of fashion, while also dealing with friendship and dating drama. Lauren left the series in 2009, when Kristin Cavallari stepped in.

A decade later in 2019, the show returned to MTV as “The Hills: New Beginnings” with a cast of several familiar faces fans recognized from its original run. Though Lauren and Kristin both skipped out on inviting the cameras back into their lives (aside from a brief appearance from Kristin), Brody Jenner, Audrina Patridge, Heidi Montag, Spencer Pratt, Stephanie Pratt, and Whitney Port were among the OGs back for more drama — though Lo doesn’t seem to thrilled about the returnees.

The reality star got very candid about her time on the show in a new interview, where she admitted she didn’t necessarily think the cast who chose to return were doing it for the right reasons. Read on to find out what she’s saying now. 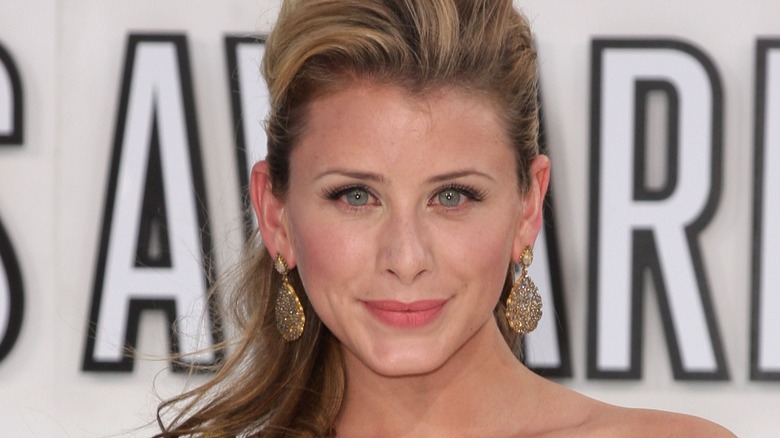 Lo Bosworth took aim at “The Hills: New Beginnings” cast on the podcast of former “90210” stars Shenae Grimes and AnnaLynne McCord, “Unzipped.” Speaking about the returnees, Lo quipped, “It’s interesting to me to see the people that have chosen to continue to participate in ‘The Hills.’ I’m like, ‘Wow, you guys are really leaning into your TV persona for whatever reason, right? For a paycheck, for attention, fame — whatever it is that you need that fulfills you.'”

Explaining why she didn’t to return, Lo continued, “in the way that the people who are doing ‘The Hills’ are leaning in, I’m leaning in just a totally different direction.”

Lo also opened up about the show’s original run, sharing she didn’t like that she had no control over how things were edited. The star even went as far as to claim she suffered “trauma” as a result of the fame that stemmed from the show that “never really left.” She continued, “All of this stuff, like still to this day, makes me feel a little uncomfortable. Probably, it comes back to just being young, being on TV for the first time, being at college, kids making fun of you.”

Lo hinted she’s no longer interested in the reality star life, saying she’d be “happy and content if nobody on this Earth knew who [she] was.”

It sounds like we probably shouldn’t expect a “The Hills: New Beginnings” cameo from Lo anytime soon!