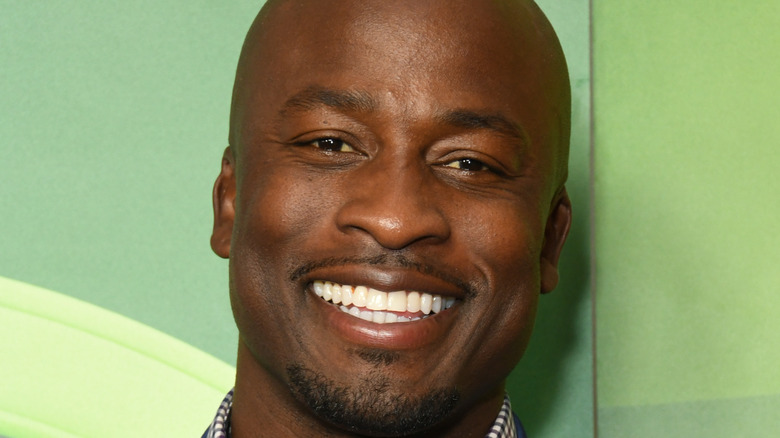 The show, which was developed by actress and host Sara Gilbert, has been on television since 2010 and has gone through quite the list of hosts, including Holly Robinson Peete, Leah Remini, Julie Chen, and Sharon Osbourne (via Us Weekly). While a gamut of faces have come and gone, the most recent celebrity to announce her departure from the talk show is journalist Elaine Welteroth. She joined as a full-time panelist in January 2021, and subsequently announced her departure in August 2021 (via Deadline).

Replacing Welteroth will be Akbar Gbajabiamila, which CBS announced just two days after Welteroth exited the series after just one season of hosting (via People). So who is this fresh faced host? And can we expect him to perhaps be a more permanent fixture on the show? 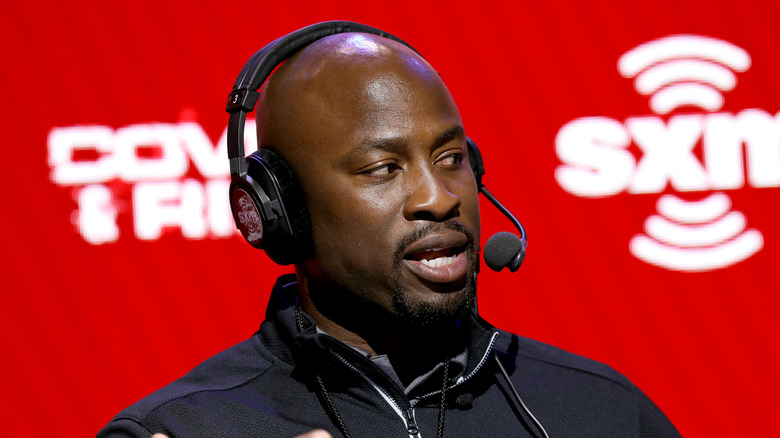 Akbar Gbajabiamila appears to be a man of many talents with an impressive resume to boot. Gbajabiamila is a California born former professional football player who played five years in the NFL as a linebacker and defensive end with the Oakland Raiders, San Diego Chargers, and Miami Dolphins (via the NFL). Having retired in 2008, he now serves as sports analyst for the NFL. Furthermore, he is a host of the obstacle-course competition series, “American Ninja Warrior,” which he joined back during Season 5. He became a beloved member of the show, with executive producer Arthur Smith saying, “Akbar’s great. Akbar brings his Akbar-isms which are hysterical. That’s a levity that works well. Being a pro athlete, there’s a lot of credibility that comes with that,” adding that he’s as enthusiastic as he is analytical (via American Ninja Warrior Nation).

Gbajabiamila’s experience hosting a variety of shows makes him a clear choice to become the new host of “The Talk” — and the 42 year old couldn’t be more thrilled to be invited onto Season 12. “It is an absolute honor to be joining ‘The Talk’ as a host!” Gbajabiamila said. “I am so excited for this new generation of such a long-standing establishment. To be a part of this diverse group, is truly a dream and a new statement for ‘The Talk,'” (via People).

He will be joining co-hosts Amanda Kloots, Sheryl Underwood, and Jerry O’Connell for the upcoming season.