The series dominated the global news cycle for months each year and drew tens of millions of concurrent viewers. In the nearly two years since the finale aired on May 27, 2019, entertainment reporters, audience analysts, and fans have all wondered whether the “next ‘Game of Thrones'” is around the corner.

But it’s clearer than ever that the void left by the series finale of “Game of Thrones” might never be filled.

Insider spoke with several TV creators at Netflix — HBO’s competitor and the streaming service responsible for the new normal of “binge watching” whole seasons of a show at a time — to gauge whether its formula was capable of creating a similar fervor to the “Game of Thrones” mania.

After we spoke with producer and director Shawn Levy, screenwriter and showrunner Carlton Cuse, and others, the conclusion we’re seeing seems to be that a “Game of Thrones” replica is very unlikely — though the prospect is unpredictable.

HBO’s “The Sopranos” premiered in 1999, with “The Wire” on its heels in 2002. ABC’s “Lost” first aired in 2004, leading to one of the first examples of a fervent, detail-obsessed TV fandom online. Then AMC’s “Mad Men” and “Breaking Bad” came in 2007 and 2008, respectively, setting new standards for period TV and anti-hero dramas. 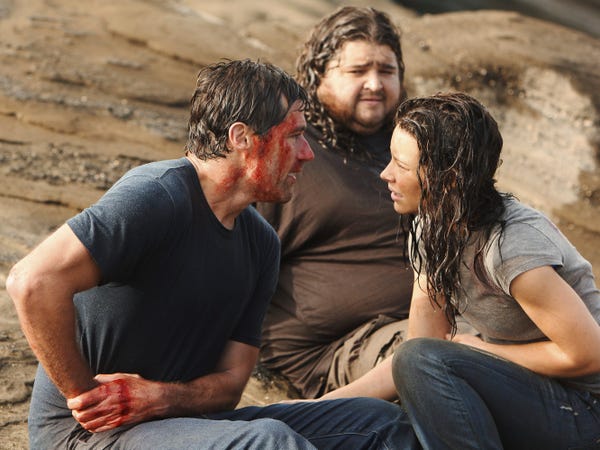 “Game of Thrones” premiered in 2011, and as the other shows were closing out their series’ runs, the landscape of TV was changed when Netflix launched its binge-season format with “House of Cards” and “Orange Is the New Black” in 2013 (which happened to be the same year the famous “Red Wedding” episode of “Game of Thrones” catapulted the fantasy-drama into new heights of popularity).

By the time its sixth season was premiering in 2016, “Game of Thrones” was the last of these critically lauded, fan-obsessed dramas still commanding an audience of millions with a weekly episode format. Thanks to the unprecedented nature of the adaptation overtaking the books and spoiler culture, “Game of Thrones” was like having the Super Bowl air every Sunday for two months straight: If you didn’t watch it live, you’d wake up and immediately know the score. 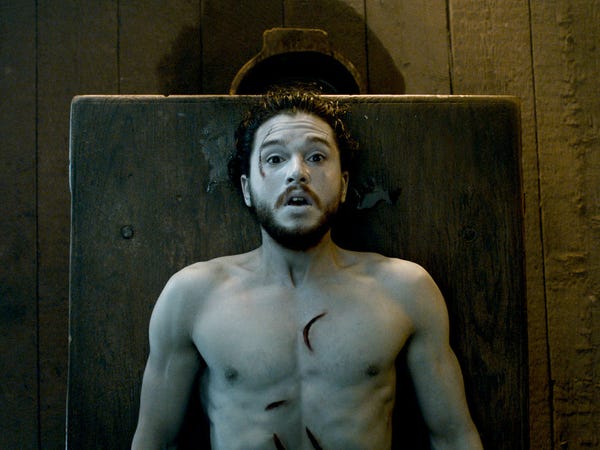 “It’s something we have definitely talked about,” Levy, who has worked on “Stranger Things” and “Shadow and Bone,” told Insider in February 2020. “I think, with the exception of sporting events and political cataclysms, it is an increasingly rare thing for everybody to share the same viewing at the same time. I do think that that is a dying experience.”

But binge culture has a cost. Weekly releases help build engaged fandoms, which are a key part of the TV-watching experience. Fandoms not only help networks and streaming companies better understand their audience (which, in turn, helps those companies’ bottom lines) but also create a sense of community — something people have been particularly craving during the COVID-19 pandemic.

When Netflix introduced the binge format in 2013, it dominated pop-culture conversations as people delighted in the ability to marathon a brand-new TV season in a single weekend (or even a day or two for adventurous watchers). But seven years later, the novelty of binge-watching has worn off. It can still make for a great individual experience, but that format can make it harder to develop hyperengaged TV show fandoms.

“As a writer, I prefer to be working in the streaming world,” Meredith Averill, a cocreator of Netflix’s “Haunting of Hill House” and “Locke and Key,” told Insider in an interview last year. “As a viewer, I enjoy having shows that I have to wait every week to watch.”

She added: “For me, I think it’s exciting that there are so many different platforms now, but I hope that these week-to-week episodes never really goes away and it does leave room for there to be a ‘Game of Thrones’-like series.”

“I think there is still something special about the week-to-week experience that I hope doesn’t completely go away in the evolving television landscape,” Cuse said.

“It’s great to have so many choices and so many amazing shows out there,” Cuse added. “But that ability to watch a show and have a conversation about it because everybody watched the episode the previous night — it’s hard to do when people are watching things with different paces.” 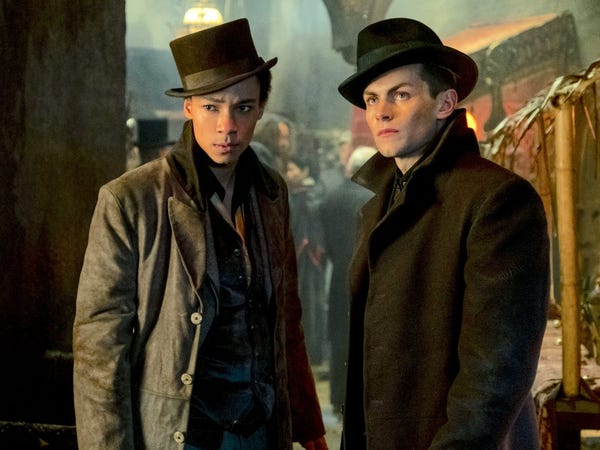 Eric Heisserer, the showrunner of Netflix’s new fantasy series “Shadow and Bone,” sees pros and cons in both formats of TV shows, especially ones that aren’t based on books and therefore don’t have a clear road map for fans to predict.

“I would say the disadvantage is when you’re building out something that has a lot of mythology and a lot of extreme reveals, then that week between episodes gets filled with tons and tons of fan theories,” Heisserer said. “If your fans wind up being more imaginative than the people working the show, it can sour some things and be a bit of a problem area for you.”

Heisserer also said he believed that looking for the next “Game of Thrones” (or any show, for that matter) was a “disservice” to creators.

“In the earlier days, it was looking for the next ‘Lost,’ and then ‘Game of Thrones’ — anything that becomes a huge milestone for entertainment,” Heisserer said. “I’ve been in countless meetings with network execs services that they are looking for the next blah, blah, blah. But as a creator, I think it’s a scary kind of disservice to yourself and to your art to try and rise to that occasion.”

Heisserer said he preferred the approach of “I’m going to be my own unique thing,” and then it either catches on (which is “great”) or he’s left knowing he was true to each project and himself.

In a 2019 feature on HBO’s then-president of programming Casey Bloys and the future of the network post-“Game of Thrones,” Bloys told The Ringer that he’s a “huge, huge proponent of week-to-week viewing” because of the conversations it drives.

“It’s funny — when Netflix came out, I think the whole industry said, ‘Oh my gosh, should we be doing this?'” Bloys, who is now the chief content officer of HBO, told The Ringer. “But I’ve come out very firmly on the side of a weekly release pattern.

Thanks in large part to Grogu, aka “Baby Yoda,” the show’s weekly episode releases turned into events, with memes galore and a fervor for merchandise and theory swapping. The buildup between episodes as people waited eagerly to see more of Baby Yoda was palpable.

Disney captured a similar energy with 2020’s weekly drops of “WandaVision,” the first of many Marvel series to launch on the streaming service.

To Heisserer’s point, the gaps between episodes in “WandaVision” (like with “Game of Thrones” and other mystery-box shows like “Lost” before it) gave people plenty of time online to come up with their own intricate fan theories about what was in store. The frenzy around theorizing led to disappointment for some once the finale aired. 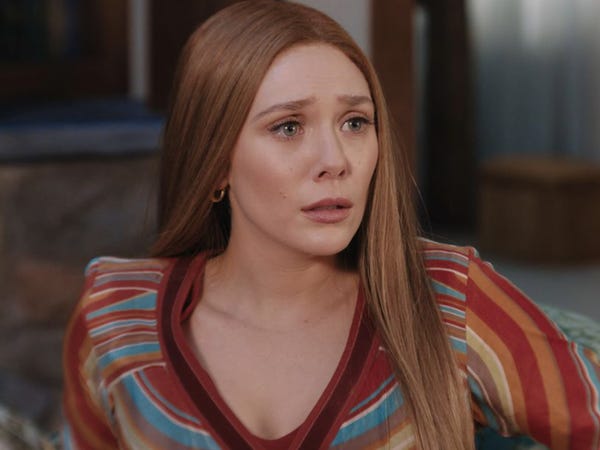 Disappointments aside, it’s impossible to deny the audience-grabbing power the weekly release schedule of “WandaVision” had.

During another phone call earlier this month, almost one year after our first conversation, Levy said his 2020 prediction about “Game of Thrones” being a “dying experience” may have come too soon.

“I’m the first to declare that I may very well have been wrong,” Levy said. “I don’t know how you look at the Disney Plus model with ‘WandaVision’ and ‘Falcon and the Winter Soldier’ and all their series and not question that appointment television may not be dead after all.”

He added: “I can tell you firsthand that the suspense and excitement that I felt gearing up to every Sunday last year waiting for the next episode of ‘The Last Dance’ on ESPN. It reminded me that there is indeed a different form of delight in waiting. And we’ve very much seen this, I think, with ‘WandaVision’ — there is something enjoyable about a cultural conversation that exists in real time and simultaneous time.

“Whereas with binge television, there’s no lack of clips and ink devoted to it, but the conversation tends to be a little bit more sprawling because we’re not talking about one episode on one day and the same day,” Levy added.

A recent Hollywood Reporter feature on various streamers’ approaches to scheduling pointed out that Netflix has been experimenting with weekly releases for reality shows like “The Circle,” while HBO Max did a “batch” release for some of its programming, like “The Flight Attendant.”

“We are still in learning mode,” Meredith Gertler, HBO Max’s vice president of content strategy and planning, told the Hollywood Reporter. “We are still experimenting with what works best for our subscribers. And we certainly don’t believe the same rules apply necessarily across genre, so it is about taking more of a bespoke strategy that takes into account the creative and the nature of the programming.”

Given Disney Plus’ weekly release strategy, and the continued success of HBO’s weekly lineup, will Netflix eventually start experimenting with its own weekly drop of its prestige scripted shows?

“I’ve certainly heard rumblings of conversation on that topic,” Levy said. “I have a lot of shows with Netflix, and I can’t predict with certainty how things will be dropped or launched in the future. All I know is this: Three or four years ago, Netflix was famous for not disclosing rankings or viewership numbers, and we’ve seen the rule book get rewritten in real time. So I wouldn’t assume that any rule is unbreakable.”