Fans are trying to get noticed by Tyler Perry after he posted a buff selfie and admitted he’s having a ‘midlife crisis’ while ’51 and single.’

Tyler Perry is 51 and looking good! The actor/director took to social media on Dec. 16 to share a new selfie of himself, which appeared to be taken after a workout. In the pic, he’s wearing shorts and a dri-fit shirt, along with weightlifting gloves around his hands. However, it was the photo’s caption that really had people buzzing.

“This is what a midlife crisis looks like,” Tyler wrote. “I’m 51, single and wondering what the next chapter of my life will look like. Whatever it looks like I’m going to walk with God, be the best father and man I can be, hold my head up high and try to look my best doing it!!! In a world with so much sadness, please try and stay in the good! Merry Christmas and let’s look forward to 2021 bringing us peace!”

Since Tyler revealed that he was ‘single’ in the post, fans flooded the comments section with messages trying to get him to notice them. Many fans shared selfies of their own in response, along with their ages, as they attempted to shoot their shot. “Hey Tyler, this is what 49 and single looks like,” one mom wrote. “My kids are out of the house and I’m living my blessed life. DM Me.” 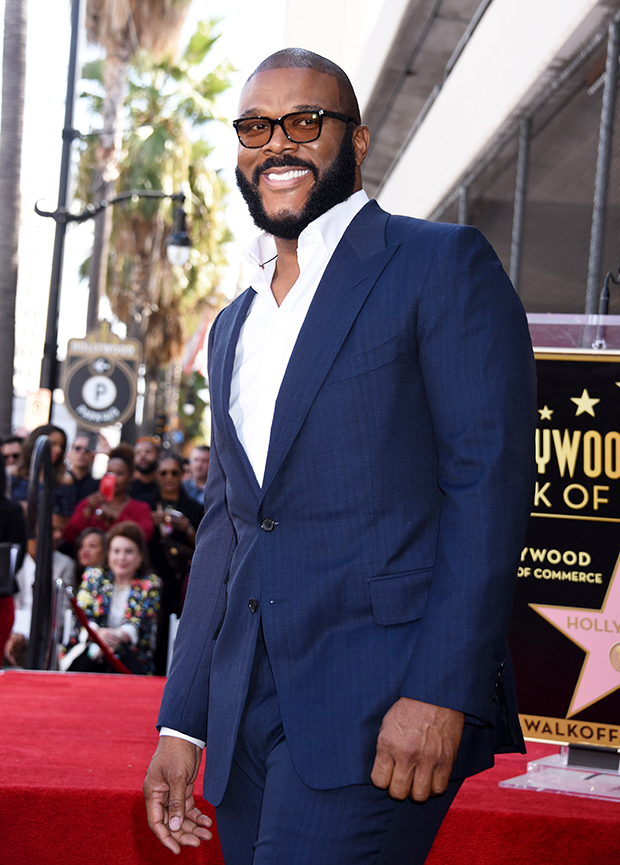 Someone else wrote, “I doubt if you will be single for long! 48 and single who takes care of her two teenage sons and a mom!” Meanwhile, another fan added, “49, living life to the fullest, and trusting God’s plans for me, too,” and someone else wrote, “This is what 53 looks like. Single and blessed, let’s hang out somewhere.”

Tyler started dating his longtime partner, Gelila Bekele, in 2009, and in 2014, she gave birth to their son, Aman. It’s unclear when Tyler and Gelila ended their relationship. His mention of being single in his new social media post was the first time that the public had heard that the relationship ended. Clearly, Tyler has plenty of options in his comments and DMs now!