The rapper was spotted pacing outside of his home, in the new photos taken after the tragic events at Astroworld on Friday November 5.

Travis Scott was seen outside of his Houston, Texas home on Wednesday November 10, for the first time since the Astroworld Festival, where nine people died and many more were injured. The 30-year-old rapper was photographed pacing outside of the mansion, speaking on his cell phone, as he was wrapped up in a black blanket with the letter “H” patterned on it. SEE THE PHOTOS FROM DailyMail HERE. 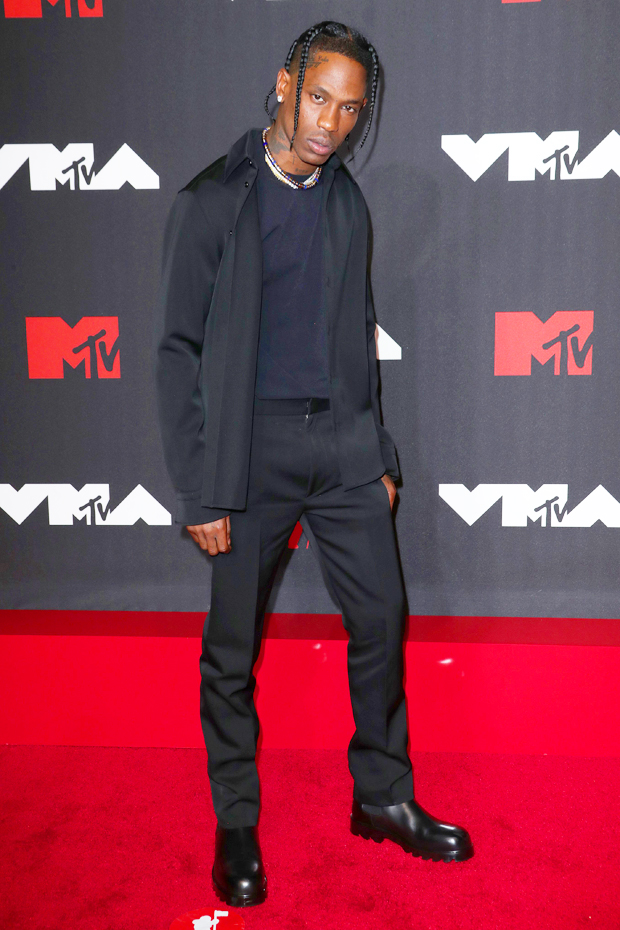 The rapper was meeting with his legal team, according to DailyMail. Travis’ home has been under constant security, and his security quickly escorted the rapper’s attorney into the home. The victims’ families and many attendees have filed numerous lawsuits against the “Sicko Mode” rapper since the festival on Friday November 5. There have also been lawsuits filed against LiveNation, the venue, and Drake, who made an appearance during Travis’ set. Before the tragedy at the Astroworld festival, Travis has faced charges for “reckless” behavior during past performances, like in 2015, when he plead guilty for reckless conduct during a set at Chicago’s Lollapalooza festival.

In the aftermath of the tragedy, Travis released two statements expressing sympathy for the victims and their families. “I’m absolutely devastated by what took place last night. My prayers go out to the families all those impacted by what happened at Astroworld Festival,” he wrote in part in a statement on November 6. He later took to his Instagram Stories, where he posted a video to show devastated he was by the concert. He also mentioned that he was looking to offer assistance to the families. “We’re actually working right now to identify the families so we can help them through this tough time,” he said.

Drake also broke his silence on Monday November 8 to offer condolences to the families of the victims. “I’ve spent the past few days trying to wrap my mind around this devastating tragedy,” he wrote in a statement. “My heart is broken for the families and friends of those who lost their lives and for anyone who is suffering.”