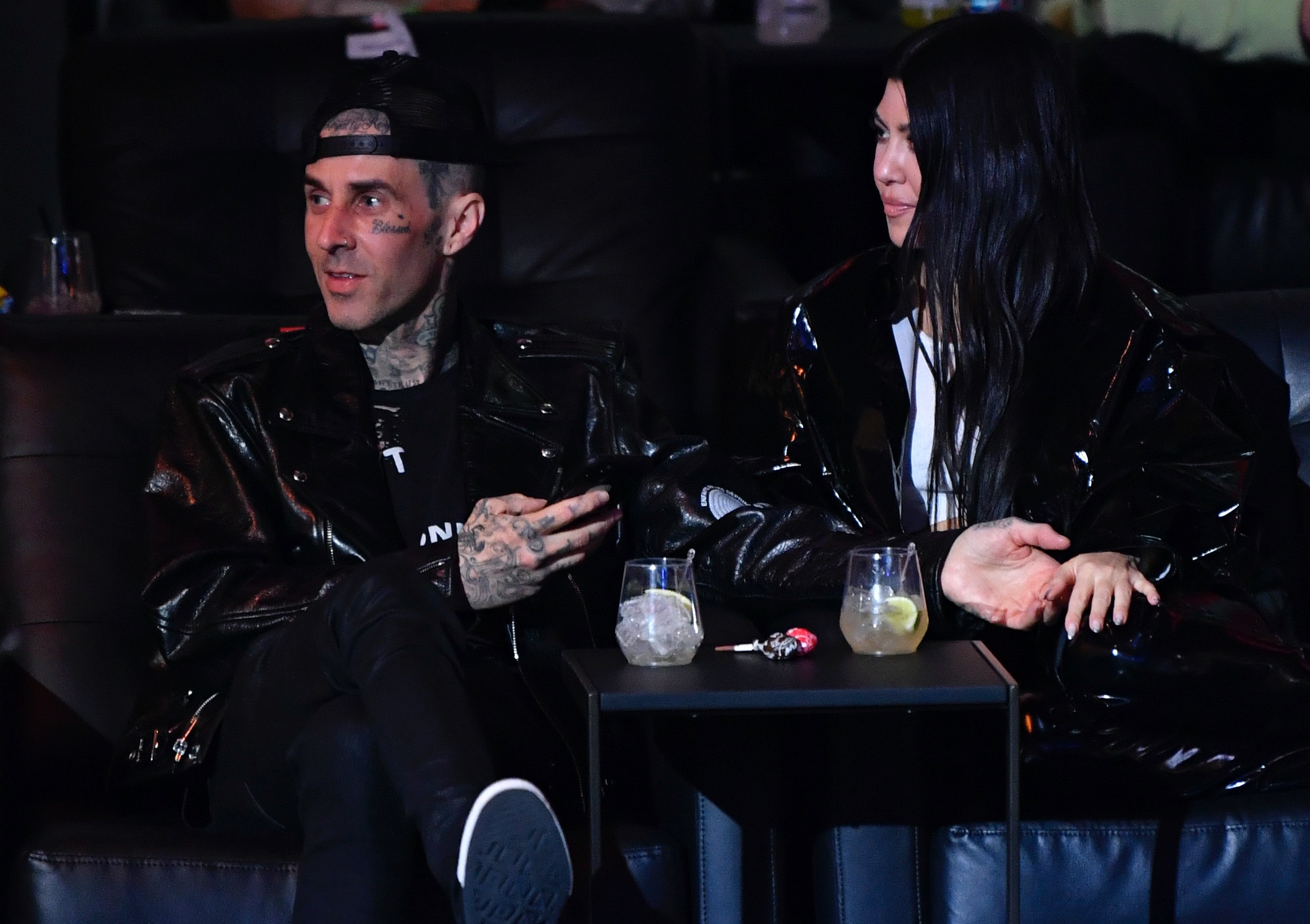 Excuse me while I take an ice-cold shower to cool me down after having seen Travis Barker’s Instagram about sex with Kourtney Kardashian. On April 10, Barker posted a professional shot of himself playing the drums shirtless to his Instagram page. “All day I dream about sex w/ you,” he wrote in the caption, quoting a line from the band Korn’s 1997 song “A.D.I.D.A.S.” Oh, and in case anyone was wondering whether or not the caption was actually meant for Kardashian, Barker made it extra clear by tagging his girlfriend in the photo.

As you can imagine, fans of the couple were very much here for the steamy post. Alongside a red heart emoji, one wrote that "he’s in loveee." Another similarly wrote, "Awww Kourtney forever." One even straight-up tagged Kardashian, writing "Dang she got chu! @kourtneykardash."

The post doesn’t mark the first time Kardashian and Barker have taken a walk on the steamy side on Instagram. On April 9, just a day before Barker’s NSFW post, Kardashian posted a photo taken from behind of herself in bed. If you look closely at the picture, you can see a smidge of Barker’s tattoo-clad body in the bottom right corner of the picture. Kardashian seemingly confirmed he was present for the picture when she made the caption, "watchin’ movies, but we ain’t seen a thing tonight." Bow chicka wow wowwwwwww.

Speaking of Barker’s tattoo-clad body, did I mention he also recently got her name tattooed on his chest? Yep. On April 9, also known as the same day of the NSFW post above, Kardashian posted a picture of her hand resting just below a "Kourtney" tattoo inked on Barker’s chest. Barker commented on the internet-breaking picture with a black heart emoji.

ICYMI: After years of being just friends, Barker and Kardashian were first romantically linked in January of 2021 when fans noticed they posted similar pictures from Palm Springs to their respective Instagram Stories. "They’re in Palm Springs together. They’ve been dating for about a month or two," a source reportedly told People soon after the pair raised eyebrows by posting matching Instagram Stories. "They’ve been friends for a long time but it’s turned romantic."

Since then, things have clearly only gotten steamier. I can’t wait to see what happens next!