Suranne Jones cashes in by charging £90 to greet fans

We’re all right, Jack! After BBC series Gentleman Jack is axed, Suranne Jones cashes in by charging £90 to greet fans alongside co-star

She’s made millions climbing the showbiz ladder from Coronation Street to Dr Foster, but Suranne Jones isn’t too proud to join the ranks of celebrities taking cash for autographs and selfies with fans.

The star of Gentleman Jack – the BBC drama about a 19th Century lesbian landowner which was cancelled last week after just two seasons – is topping the bill at a convention where fans will have the chance to ‘meet and greet’ her for £80.

The appearance of Ms Jones, who is worth an estimated £3.6 million, is a sign, say observers, that even the most successful actors have come to recognise the need for financial security after the havoc wreaked by the pandemic.

Before Gentleman Jack, Ms Jones, 43, spent four years on Coronation Street. She hit the big time in ITV’s Scott & Bailey and with the lead role in the BBC’s Dr Foster. 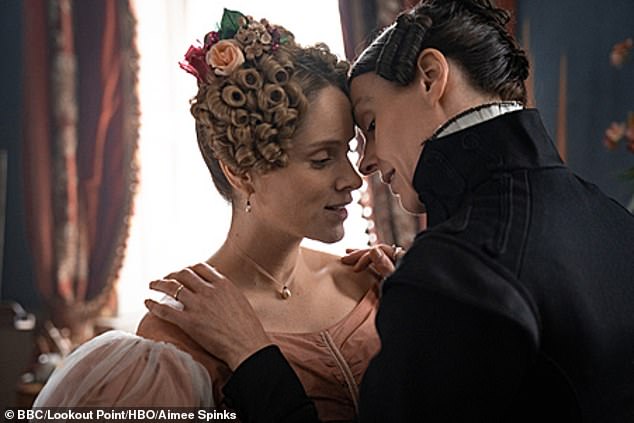 She will be joined at the FanFusion convention in Birmingham next month by Sophie Rundle, her co-star in Gentleman Jack in which they shared steamy love scenes.

As the biggest name at FanFusion, Ms Jones’s fees are the highest – £37.50 for an autograph and £54 for a selfie – and she is only appearing on the final day.

Fans can pay to have their photograph taken with 34-year-old Ms Rundle and Ms Jones for £90.

While the idea of stars with thriving careers charging for autographs and selfies offends some, fans have been paying to meet actors since the first Comic-Con convention in 1970 in California.

But few working actors from traditional TV series or period dramas would star at fan conventions. That all changed with Covid, according to a leading talent manager.

Professor Jonathan Shalit said: ‘Covid was a wake-up call for a lot of actors.

‘Actors with no savings suddenly had no work for over a year. 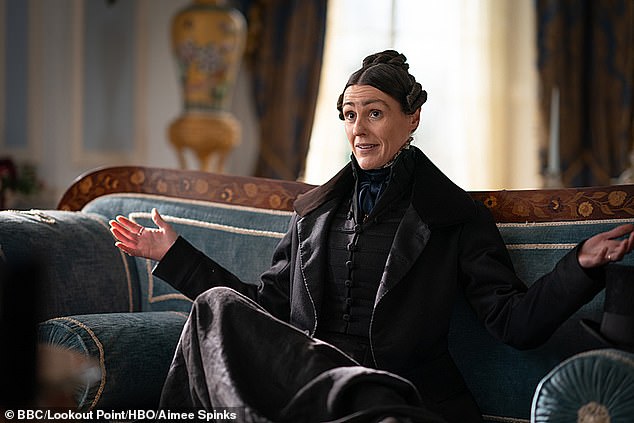 ‘Elite actors wouldn’t touch this kind of thing in the past but now people realise that being able to pay your bills and having financial security is really important.’

He added: ‘Suranne Jones is a fantastic Bafta-winning actor, but she’s not a global star. The money she earns is not going to be as big as you might think. Television dramas in the UK do not pay a fortune.

‘Signing autographs is a win-win – you get to make money and the public gets to meet you, it gives them a lot of pleasure.’

The FanFusion convention is billed as ‘a three-day convention with the aim of celebrating women in television, film and the arts’. The organisers claim it will be run ‘on a minimal margin’, although tickets cost between £120 and £1,000. On its website, the organiser added: ‘FanFusionUK is dedicated to bringing a safe and positive environment for all fandoms to honour representation.’

Eight lesser known female actors from shows such as The 100, Xena, Lost Girl, Good Witch and Wynonna Earp will attend.

Ms Jones and Ms Rundle, who both declined to comment, have attracted a cult following for their on-screen romance in 1830s Yorkshire in Gentleman Jack, which became a hit for the BBC but was pulled by its US backers HBO.

Two years ago, The Mail on Sunday revealed Ms Rundle, whose credits include Peaky Blinders and Bodyguard, had made more prime-time terrestrial TV appearances than anyone else in the preceding two years.

Even some of Britain’s biggest stars have been attracted by the alluring combination of meeting adoring fans and boosting the bank balance.

Sherlock star Benedict Cumberbatch, whose roles in Hollywood films such as The Power Of The Dog and the Avengers series have built him an estimated £30 million fortune, was reported to have made £240,000 by posing for more than 3,000 photos with fans at a 2017 convention. 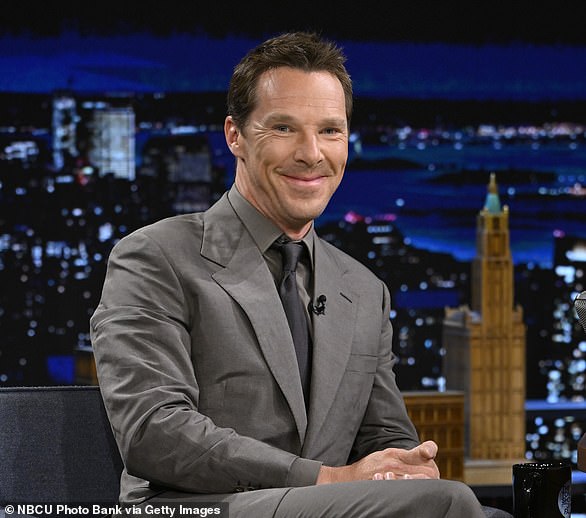 Sherlock star Benedict Cumberbatch, whose roles in Hollywood films such as The Power Of The Dog and the Avengers series have built him an estimated £30 million fortune, was reported to have made £240,000 by posing for more than 3,000 photos with fans at a 2017 convention

His earnings at the London Film and Comic Convention could have been even higher with fans at the two-day event forking out £85 for an autograph and £25 to hear him talk to an audience along with £75 for a selfie.

The following year some fans complained at the high prices being charged by former Doctor Who star Peter Capaldi at London Comic-Con, with £75 for an autograph and £65 for a photograph with the star.