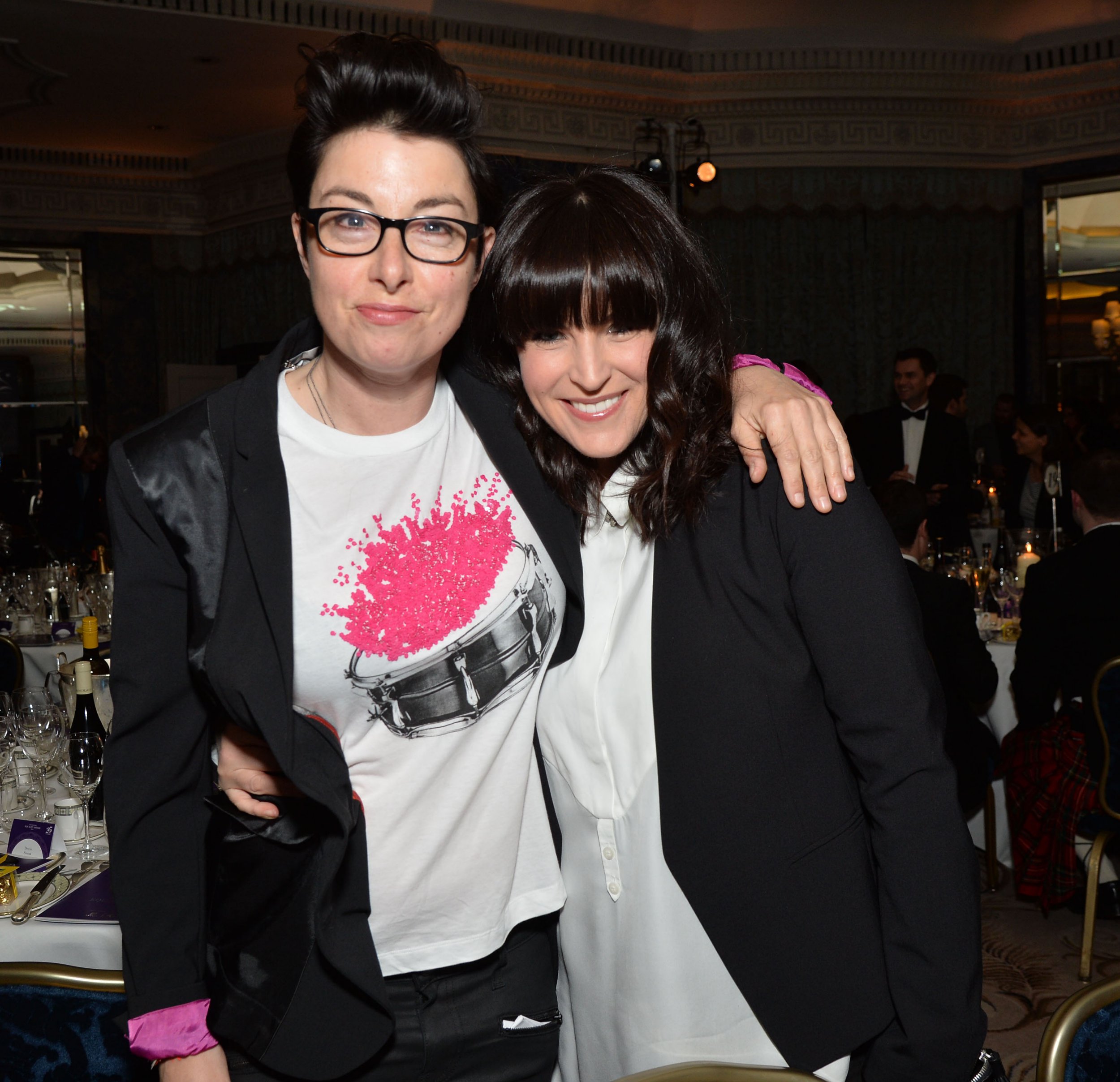 Sue Perkins and Anna Richardson have reportedly decided to end their relationship after seven years together.

The pair are said to be ‘devastated’ by the split however those close to them hope they can still reconcile.

Naked Attraction host Anna and former The Great British Bake Off star Sue got together at a party in 2013 after Anna split from her boyfriend of 18 years.

The TV star said that they had previously known each other but their encounter persuaded them to take things further.

‘It’s really sad. Both Anna and Sue are devastated,’ a source told The Sun.

‘We’re all hoping they can patch things up and sort out their differences but for now it appears to be all over.’

Opening up about their relationship previously, Anna described the night they met, sharing: ‘I’ve known Sue on the circuit but about a year and a half ago we met at a party and I was recently single and we just… all I can say, there was an understanding between us and for me the planets aligned.

‘I just thought, this person, it’s not even about a woman, this person is absolutely extraordinary.

‘There was an absolute understanding between us, and we’ve been together ever since,’ Anna added. And it’s been profound for me.’

Anna revealed that her mum and dad, an RE teacher and vicar respectively, were ‘really, really open to the whole thing’.

However others in her life took a totally different approach, as she recalled to Diva magazine: ‘A couple of people called me saying “I’ve just heard this hilarious thing that you and Sue Perkins are together.”

‘I mean that’s just absurd, it’s ridiculous. I found that quite offensive and I put them pretty bloody straight (saying), “actually, it’s not funny and it’s true and you should know better.’

Metro.co.uk has contacted reps for Sue Perkins and Anna Richardson for comment.