Stacey Solomon does crafts while in bed

Stacey Solomon, 32, admitted she was grief-stricken after her husband Joe Swash was left trapped in South Africa, where he’d been filming, due to a flight cancellation. The Loose Women panellist was visibly ecstatic after witnessing baby daughter Rose taking her first triumphant steps, but she was “gutted” that her dad couldn’t be there to catch the milestone moment with her.

The former X Factor star published a video of the special moment, both before and after Joe’s return, to her 5.4 million followers.

“And She’s Off. While Joe was away Rosey Posey learned something new,” Stacey exclaimed.

Then she confided: “We waited for Joe to get home to show him.

“I felt so bad Joe being away, but she just went from one day standing up & dancing on the spot, to taking a step or two to fully running around like there’s no tomorrow… it all happened so fast!” 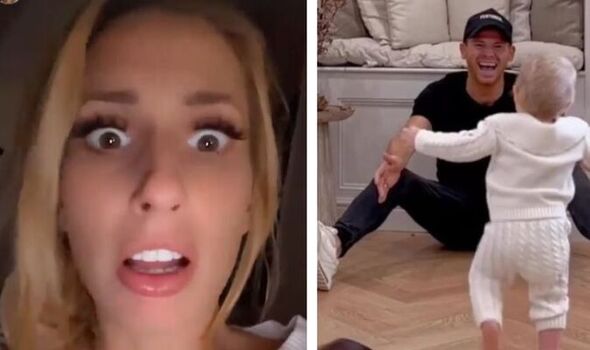 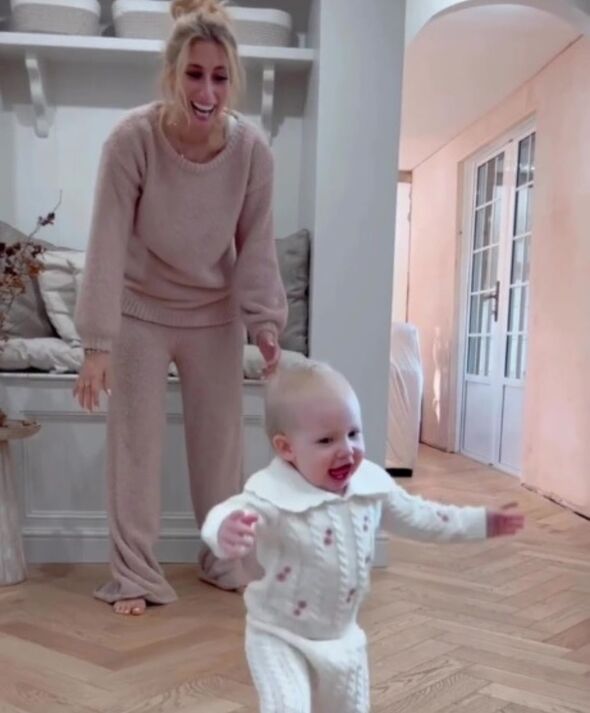 Using a laughing emoji, she shared that it was “the best feeling ever watching her run into daddy’s arms, so excited to show him her newfound freedom”.

Rose, her youngest child with Joe, is not even a year old yet but has already started to stumble around, much to her delight.

Joe was equally ecstatic, grinning broadly when he finally had the opportunity to witness his only daughter’s first steps.

Coming to terms with his earlier absence, Stacey added: “I felt like I got to watch it twice – seeing Joe get to experience that moment for the first time was just the best.” 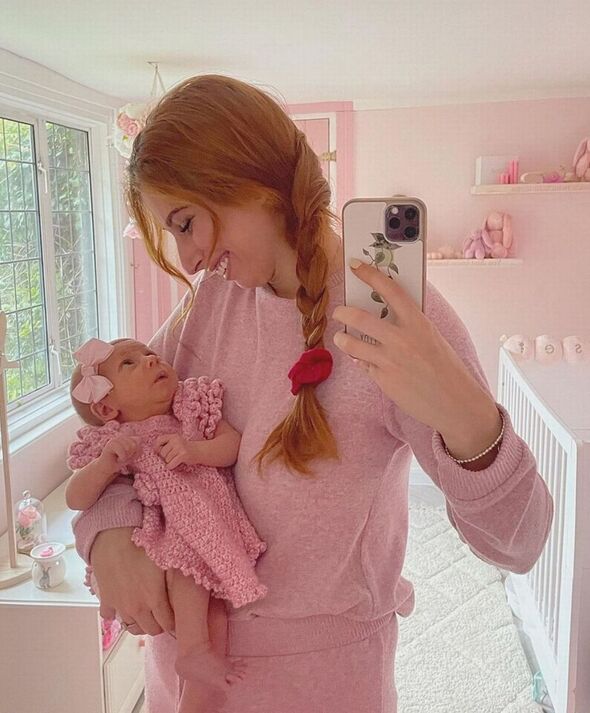 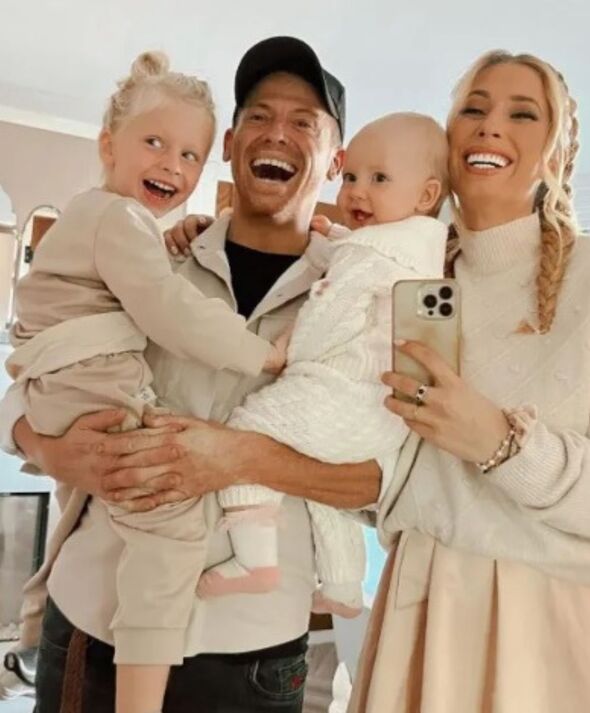 Referring to her upcoming birthday, the proud mum of four added: “I honestly cannot get my head around the fact that she will be one next week.

“Time is flying by and our baby girl is growing so fast…we love you our darling Rose, to the moon and stars and back again little pickle.”

Her mood had been very different days earlier when she’d received a phone call telling her Joe wouldn’t be coming home as planned.

The former Eastenders star had been filming a spin-off series in Kruger National Park, alongside the likes of Myleene Klass and Britain’s Got Talent winner Jordan Banjo of Diversity.

Following their wedding earlier this year, Joe and Stacey had enjoyed a break at their recently renovated home, Pickle Cottage.

They had been able to spend some quality time together after deciding not to take on more work commitments over the children’s summer holidays.

However, the latest filming sessions took Joe away from her for three weeks – and then he couldn’t come back on the night he had planned.

“Joe’s flight has been cancelled so he’s not coming home,” a devastated Stacey vented on Instagram earlier in the week.

Close to tears, she’d added: “They don’t know when the next seat available home is, so yeah, [I’m] fuming.”

The Loose Women presenter, who recently caused a stir by declaring on the show that she didn’t feel Brits should contribute to the monarchy, was upset over Joe’s absence for numerous reasons.

Not only had Rose been learning to use her legs, but Stacey had shaved hers – a ritual that she only takes part in on special occasions – so she was devastated that her efforts had gone to waste.

” I miss him and I want to see him, but I’m more upset about the fact that I’ve spent an hour and a half of my life shaving my legs while [kids] Rex and Rose had a punch-up,” she joked.

Now, the family has finally been reunited – and Stacey laughed that her newly smooth skin meant she no longer resembled a “human spider”.