Now that Kim Kardashian’s back on the market, every Tom, Dick, and Soulja Boy is trying to catch her attention, and after Kim posted a sexy picture on the tennis court, Big Draco seemed like he was in ‘love.’

After Rafael Nadal pulled out of Wimbledon, Kim Kardashian seemingly offered to take his place on Thursday (June 17.) “Tennis anyone?” Kim, 40, tweeted, along with three pictures of standing on a tennis court, a racket in one hand and a ball in another. However, Kim’s outfit wasn’t your normal tennis uniform – instead, she sported a tan two-piece that showed off all her curves. With Kim separated from Kanye West and, presumably, looking for a new doubles partner, Soulja Boy – yes, Soulja Boy – decided to volunteer.

“I wanna play,” Soulja, 30, tweeted in response to Kim’s offer. This drew an interesting response from fans. “Cmon, Soulja, stop playin,” one tweeted while sharing a picture of Soulja alongside Kanye. “Soulja at it again.” “Ohhh so he wanna the FIRST AFTER THE DIVORCE.” “Alright buddy time to alert @kanyewest.” “I can’t believe how bold your being towards her [Face with tears of joy emoji this is crazy. But so cute!” Ultimately, Soulja clapped back at those who thought he was clowning himself with this tweet. “It’s Big Draco. I do what I want.”

Kanye, 44, might too be angry that someone is trying to date Kim while she’s still married to her since Yeezy’s already struck up a romance with Irina Shayk. The 35-year-old model joined Kanye in Paris to help him celebrate his birthday, which had Kim feeling relieved. Kim is “is as cool with Kanye moving on as one could be,” a source told HollywoodLife EXCLUSIVELY after the romance went public. Kim will not try to challenge Kanye on dating Irina “because he can do whatever he wants to do. Everything is very understood.” 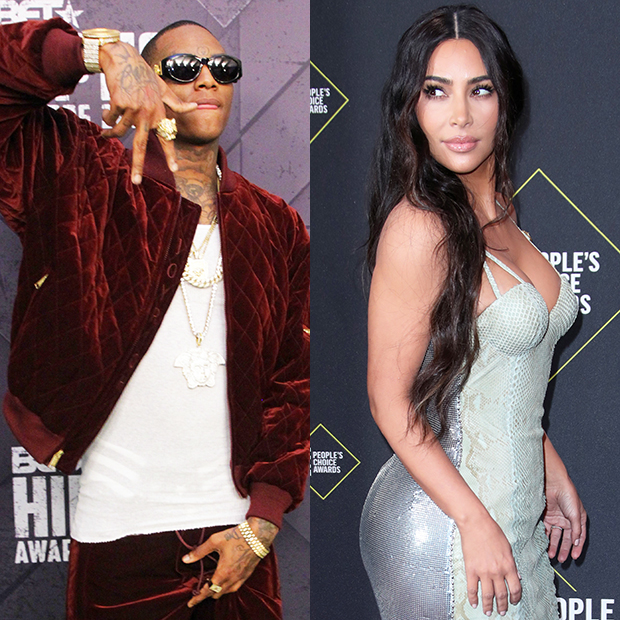 As Kim and Kanye work through the final details of their divorce, they are making sure their kids – North West, 8, Saint West, 5, Chicago West, 3, and 2-year-old Psalm West — are a top priority. “We have an amazing co-parenting relationship, and I respect him so much,” Kim said of Kanye during part one of the  Keeping Up With the Kardashians reunion special. “I will forever be Kanye’s biggest fan. He’s the father of my kids. He will always be family.”