An insider tells Us Weekly exclusively that the comedian, 36, and reality personality, 33, “went at it” while filming the show on Thursday, May 13. 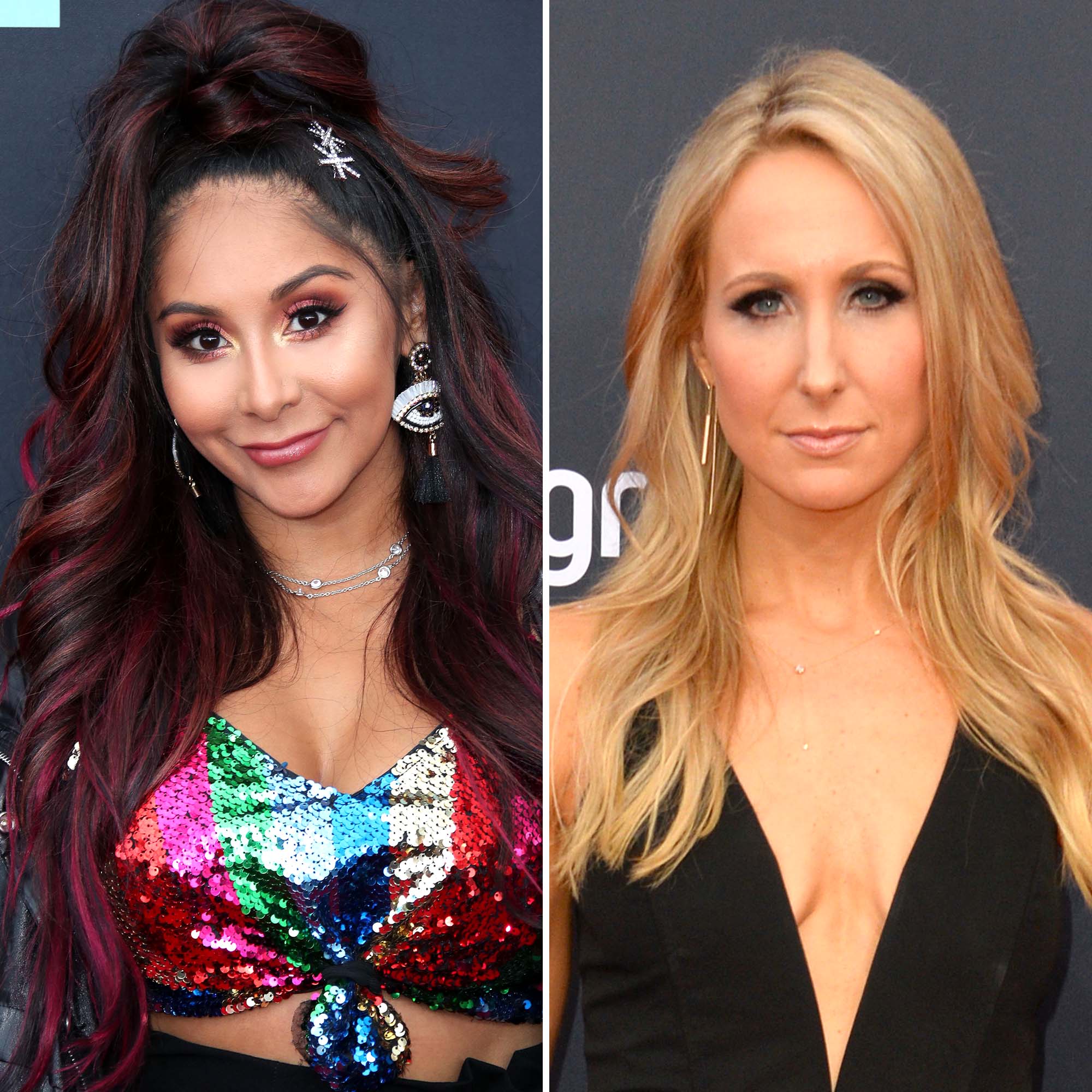 “Nikki was on stage doing her hosting monologue and Snooki was sitting in the audience,” the eyewitness explains. “Nikki made a joke about the Jersey Shore cast and said something like, ‘I’m surprised you guys are still alive,’ and Snooki didn’t think it was funny and lashed out. They were going at it for real.”

We’ll have to wait and see if the moment makes it to air when the show airs on Monday, May 19, but one thing is certain: the cast will receive the first-ever Reality Royalty Lifetime Achievement Award at the ceremony.

“The ‘Reality Royalty’ recognizes the legacy of reality greatness,” MTV said of the award in a press release. “Over the past 12 years, the cast of Jersey Shore: Family Vacation has continuously brought the laughs, creating some of the most memorable reality TV show moments of all time.”

The Jersey Shore cast’s antics have been well documented, both in the show’s inaugural run from 2009 to 2012 and in the revival, Jersey Shore: Family Vacation, which debuted in 2018. Polizzi left Family Vacation after season 3 to spend more time with her family but is set to return for the second half of season 4.

“I have to do what’s best for me at the moment, and I am retiring from Jersey Shore,” the Shore Thing author said in December 2019. “I hate being away from the kids. I don’t like partying three days in a row. It’s just not my life anymore.”

Polizzi’s costar Jenni “JWoww” Farley told Us that her own daughter Meilani, 6, recently found out about Jersey Shore despite her attempts to keep it a secret until she was older. “She’s like, ‘Mommy, they said you’re on Jersey Shore and Aunt Nicole got arrested and you peed behind a bar!’” the New York native, 35, said in April. “I was like, ‘Oh, my God!’”

Lauren Sorrentino, who is expecting her first child with cast member Mike “The Situation” Sorrentino, thinks the Jersey Shore kids could have a reality show in their future too.

Get to Know the Next Generation of ‘Jersey Shore’ Kids

“We actually practically speak every day about everything in a group chat,” she told Us of her castmates in April. “They’re friends that have turned into family. I think eventually there might even be a show when these kids turn 18 because that’s how close we are. We really do see each other at family events, and they always share advice about becoming parents.”