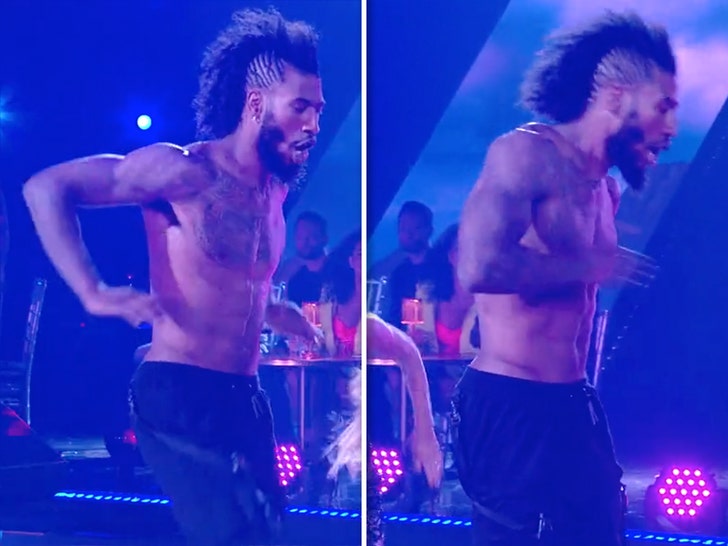 A topless Iman Shumpert lifted his partner over his head AND shouted out LeBron James in his “Dancing With The Stars” routine Monday — and it was epic!!

The former Knicks star — who became the first ex-NBA player to advance to the finals of “DWTS” this week — pulled it all off during his jazz dance with Daniella Karagach.

The two grooved to Kanye West‘s “Dark Fantasy” … opening up the performance with Shumpert hoisting Karagach over his head before walking her down the stairs and onto the stage.

The duo put on quite the show … and then Shumpert broke out LBJ’s signature “Silencer” celebration.

Check out the clip, you can see Shump — who won a championship with LeBron and the Cleveland Cavaliers back in 2016 — pushed his hands down violently, like James does, before beating his chest in classic LBJ-fashion.

The two scored a 38 out of 40 for the work … and are now set to compete for the Mirrorball trophy with three other couples next week.