Shane Richie, 55, who previously threatened to take legal action against Thomas Cook after a “f***ing horrendous” holiday with the travel group last year, enraged social media users with a flippant comment on the news of the firm’s collapse this morning. The former EastEnders actor responded to the announcement Thomas Cook would cease trading with immediate effect by calling it, in view of his 434,000 Twitter followers: “Karma.” Shane instantly came under fire from Twitter users, with one writing: “Shane Richie… what an entitled piece of s**t! Get over yourself!”

Another branded the star a “p***k”, blasting: “What a nice thing to say, my husband is one of the thousands of people who have lost their jobs you p****k and bg(sic) the way you’re a s**t actor.”

“Shane Richie should be ashamed of himself,” a third said. “So many lost jobs, so many stranded and holidays cancelled and he’a bleating about queueing for eggs. Arrogant, insensitive little man!”

However, Shane has since clarified his comment, insisting it hadn’t been aimed at the employees, with 9,000 jobs at risk in the UK.

Retweeting an article about his tweet, he said: “My comment was a dig at faceless management and not the thousands of employees who are sadly losing their jobs due to mismanagement.

“My thoughts are with the shop/ground staff who I’ve only admiration for…” he continued. “There(sic) the ones who suffer today.

“Apologies if it read any other way,” the EastEnders legend added. 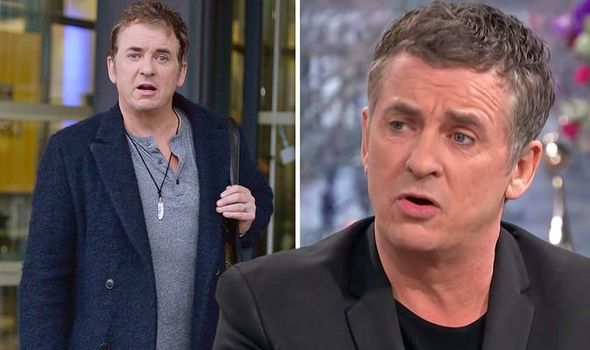 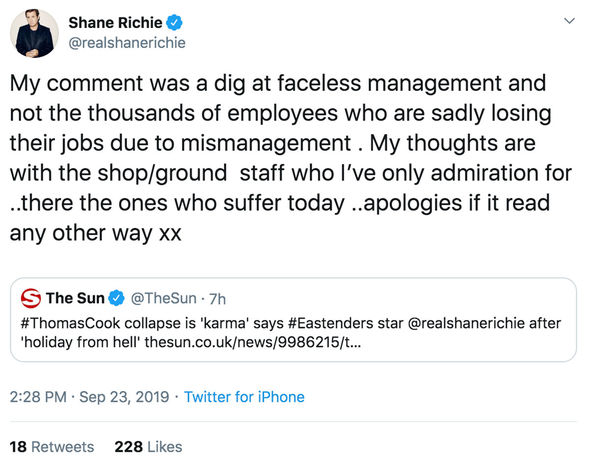 150,000 Brits were stranded abroad after the collapse of Thomas Cook.

The company entered compulsory liquidation, with Chief Executive Peter Frankhauser issuing an apology to their “millions of customers, and thousands of employees”.

The company ran into trouble in the past couple of years, hiring consulting group Alix Partners in April 2019 in a bid to start minimising their £1.6 million of debt.

Last summer, Shane threatened to sue Thomas Cook after a two-week break at the five-star Moon Palace Resort in Mexico with his family. 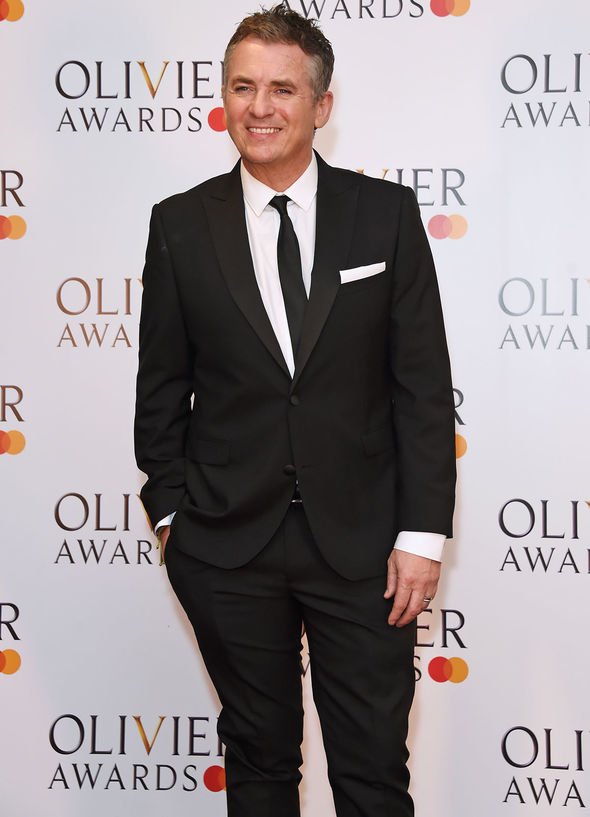 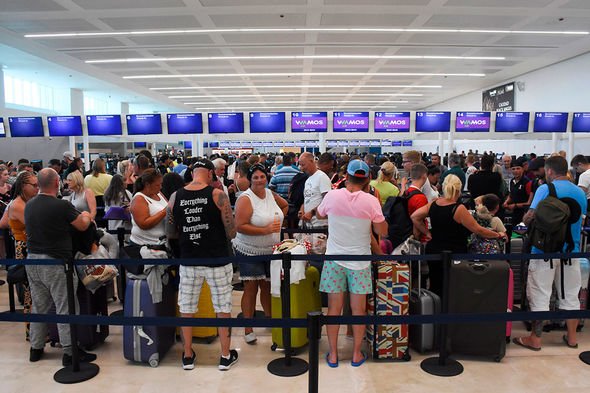 At the time, he told The Sun: “It was a holiday from hell.

“I was recommended the five-star resort,” he said. “It cost thousands. It was supposed to be a holiday of a lifetime.”

The actor called the experience his “worst nightmare”, saying it was “f***Ing horrendous” and highlighting the party music played but the pool in the middle of the morning.

In response, a spokesperson for Thomas Cook told the publication: “We always want our customers to enjoy their holiday so we’re disappointed Mr Richie didn’t like the hotel asked us to book.

“We did everything we could to help in resort, including complimentary upgrades and an offer to move to the premium hotel next door.

“Given the circumstances we can’t justify a full refund so sadly this has become a legal issue,” they added.