The resemblance is uncanny! Sebastian Stan shared another pic from the ‘Pam & Tommy’ set as he teased fans to ‘kiss da cook,’ referencing his apron.

Sebastian Stan, 38, has totally transformed into rock legend Tommy Lee! The Gossip Girl alum is, of course, playing the Motley Crue drummer in an upcoming Hulu series Pam & Tommy alongside Lily James, 32. In the latest pic, Sebastian went shirtless showing off the incredible work of the show’s makeup FX team: Sebastian’s tattoos looked exactly like Tommy’s real-life ink! The actor finished his ensemble with a black apron that read “kiss da chef,” a pair of black converse sneakers, and shorts.

Last week, the actor took to social media with another pic where he looked like a dead ringer for Tommy! He posed next to a statue of Buddha and a bowl of sea shells, holding his hands in a meditating position. “Happy World Meditation Day. Find your zen, f—-zzz,” he captioned the photo, which showed off his short, black hair that looks just like Tommy’s. 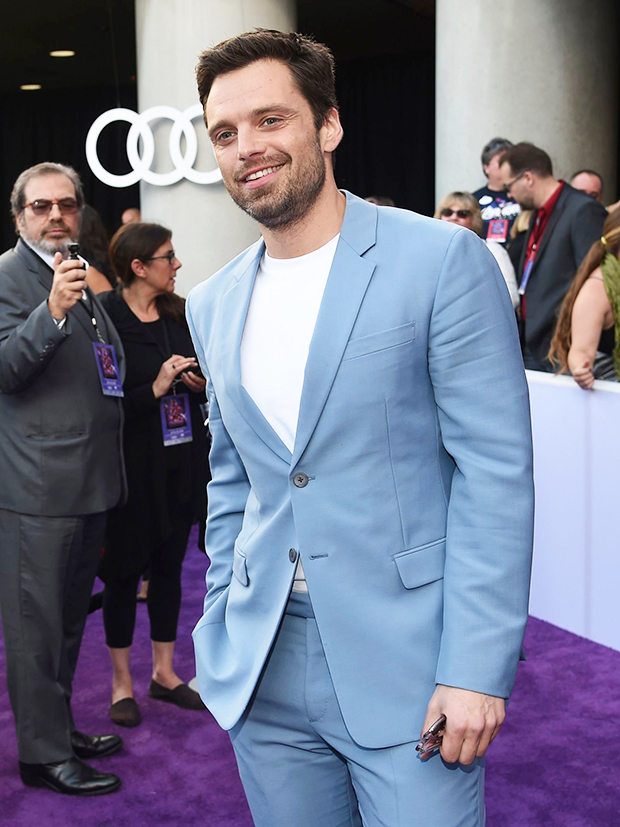 Recently, Sebastian talked about his incredible transformation for the series. “Honestly, it was freeing [being seen as Tommy], because I was walking around in these hoodies and hats … just paranoid of being seen,” he said recently on the Just for Variety podcast. “I was like, ‘God, I hope they’re finally going to release something so you know what we look like, so we can go on with our lives.’”

Lily has also had an impressive transformation to become Pamela Anderson. The British actress was a dead ringer for the Baywatch bombshell when she donned the iconic red swimsuit from the series. Lily appeared to be reenacting the action-drama’s unforgettable beach chase scenes in Malibu on May 14. The 32-year-old even sported  prosthetics to recreate Pamela’s infamous 34DD bust. “It’s great to be blonde. With low expectations it’s very easy to surprise people,” Lily hilariously captioned an Instagram photo dressed as Pam. 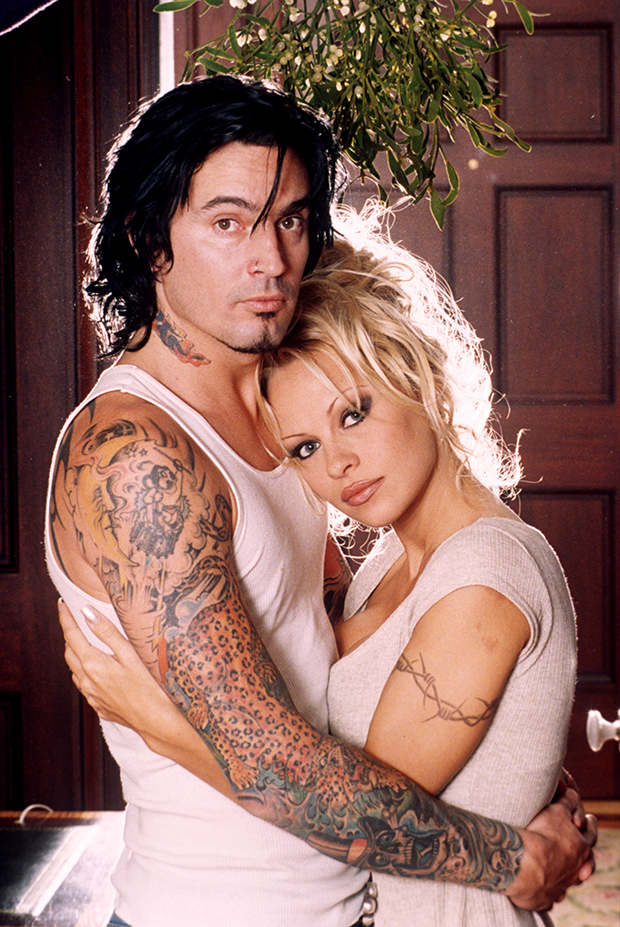 The eight episode series was announced in Dec. 2020, and began production this spring. The biopic will follow Pam and Tommy’s whirlwind romance, which began in 1995 when they married on a Mexican beach after just 96 hours. The couple went on to welcome sons, Brandon, 24, and Dylan, 23, ultimately  divorcing in Feb. 1998. The bulk of the series will, however, focus on the fallout from their controversial sex tape, Pam & Tommy Lee: Stolen Honeymoon.