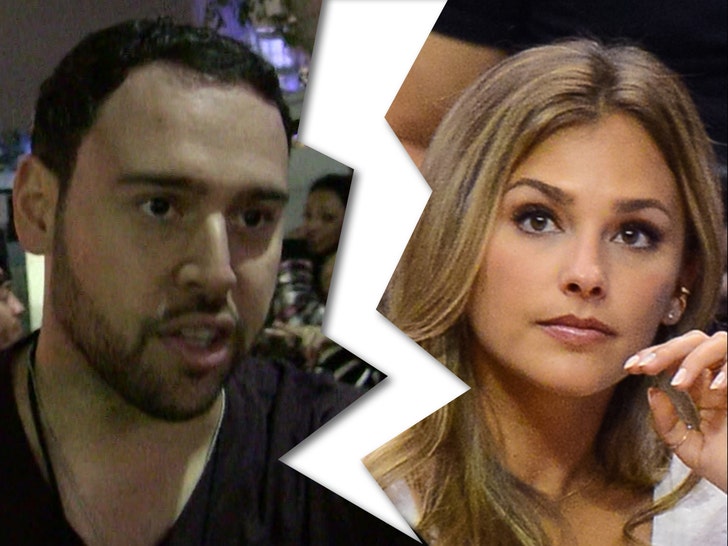 Scooter Braun‘s marriage is on the rocks — he and his wife, Yael Cohen Braun, are splitting up — but it’s not a done deal, yet … TMZ has learned.

Scooter — who manages Justin Bieber, Demi Lovato and Ariana Grande — and Yael are breaking up, at least temporarily, according to our sources. We’re told they’ve been having some trouble for a couple months … but it’s unclear if they’ve physically separated yet.

As our sources describe it, the couple is trying to work things out. There was evidence of that earlier this week … when Scooter posted a “thank you” message to Yael to mark their 7th wedding anniversary on July 6.

We’re told it’s also unclear if either party has even mentioned the word divorce.

Yael, founder of the F*CK Cancer Foundation, and Scooter started dating back in 2013. Since tying the knot they’ve had 3 kids … Jagger, Levi and Hart. The NY Post first reported their split.

In his IG post, Scooter wrote … “Thanks to you I have grown, I have been pushed to be the best version of myself and to continue growing and learning.” He also added, “7 years. The adventure is just beginning.”

So, we’re saying there’s a chance.