Sam Hunt Says Luke Bryan Was 'Wired' to be a Celebrity: 'He Was Born to be That Center of Attention'

Sometimes you can just tell when a person is born to be in the spotlight. Country star Sam Hunt seems to think that Luke Bryan has the ‘celeb’ gene in his DNA.

Hunt, known for the chart-topping country-pop song, “Body Like a Back Road,” and his latest single, “23,” played with Bryan for 15 stadium dates in 2018 on Bryan’s “What Makes You Country XL” tour. Hunt has been a fan of Bryan’s music since 2007, but the two seem to be close friends ever since they toured together.

Here, Hunt shares some insights about Bryan and why he says he was ‘wired’ to be a celebrity.

Hunt says Bryan was born to be the center of attention

Hunt discussed fame and all it entails—including how celebrities handle the spotlight differently. Hunt appeared on The Bobby Bones Show where, in the interview (available on YouTube), he revealed a few things he learned about Bryan ever since touring with him.

“Being out on the road with Luke, he’s so comfortable in that environment…and you can tell that he’s just wired for it…he thrives up there on a stage.”

Host Bobby Estell, known as Bobby Bones, responded by saying, “When Luke walks in a room, you’re like, ‘Oh, that guy’s something.’” Hunt agreed and said,

“It’s like he was born to be that center of attention.”

Hunt is uncomfortable in the spotlight sometimes—here’s why 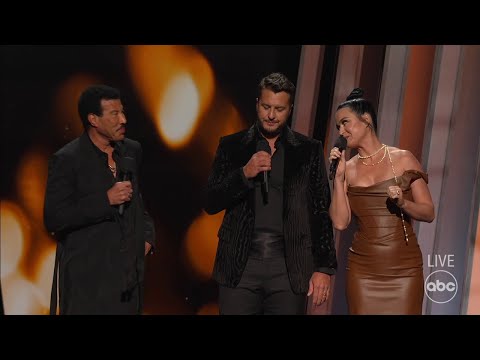 Bryan and Hunt are both chart-topping country singers but different in many ways. Hunt revealed a few things about himself in the Bobby Bones interview, saying he’s not shy—but he’s also not “born to be that center of attention,” like Bryan.

When Estell asked if he was a quiet kid, Hunt said, “No, I’m pretty outgoing … and I wasn’t shy growing up, and I’m not shy now.”

Next, Hunt explains why he’s not 100% comfortable being in the spotlight. He tells Estell, “I guess it’s just feeling a little bit undeserving of the attention and the focus being on me just for creating some music.”

“Because the music is not really a reflection of your character or your morality … the things I feel like are more deserving of attention, it’s just a talent, it’s not really a heroic talent, but you’re kinda looked at in that way, I guess, so I feel a little undeserving.”

Bryan and Hunt are two of country music’s biggest stars

Two of the hottest stars in country music, Bryan and Hunt are both super-successful. Bryan, who grew up in Leesburg, Georgia, began writing songs when he was 16 years old, reports All Music—and has now sold 12.5 million albums. As of May 2021, Bryan’s music has been streamed 14.6 billion times, according to the Luke Bryan official website, and he has had 26 number one singles.

Hunt, born in Cedartown, Georgia, dropped his first album in 2015, Montevallo, and it went triple-platinum, hitting No. 3 on the Billboard 200. That same year, he gave his debut performance alongside Carrie Underwood and received his first two Grammy nominations, Recording Academy (the official site of the Grammy Awards) reports.

Hunt’s second album, Southside, debuted as one of the top country albums of 2020, landing at No. 1 on the Billboard Country Albums chart. “Body Like a Backroad” is one of the hit songs on this album and earned Hunt an AMC award, according to IMDb.