Tessica Brown, aka “Gorilla Glue Girl,” went viral on TikTok in February when she used the adhesive on her hair after running out of her original hairspray.

The damage was reportedly so intense that she couldn’t “move her hair for a month.” She realized using Gorilla Glue was a “bad, bad, bad idea” and said, “Y’all look. My hair, it don’t move. I’ve washed my hair 15 times and it don’t move.” She filmed another video as she tried to rinse it out with Pantene shampoo, but that didn’t seem to work. “Watch. Watch. Look. You wipe it off and nothing happens. This is the life that I’m living with,” she said.

It appears her frustration reached an all-time high when a GoFundMe was created in February, ultimately raising more than $22,000. Beverly Hills plastic surgeon Dr. Michael Obeng saved the day with a free-of-charge procedure that finally returned her scalp back to normal.

Brown is making headlines again, but this time, it’s for something much more serious. Keep reading for more details. 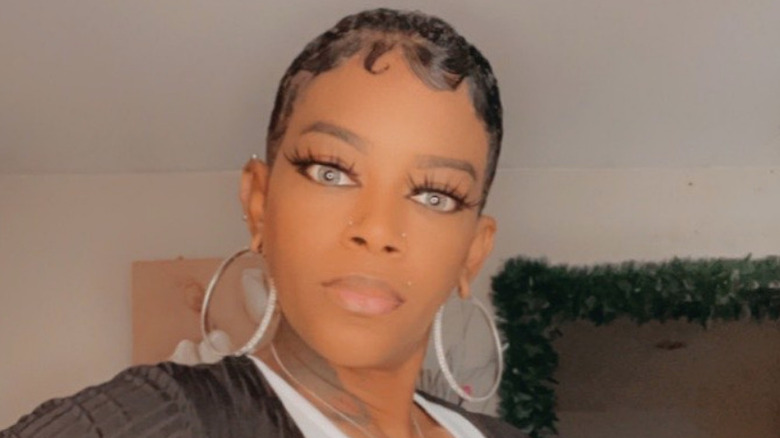 Tessica Brown suffered a miscarriage three months after she became pregnant, she told TMZ on June 23.

Brown, who has five children, told the outlet the miscarriage occurred in May after stomach pains kept her awake. Medical personnel reportedly spent 10 minutes searching for a heartbeat, but a pregnancy confirmed the baby was gone. Brown cried as she was seemingly overcome with emotion. She said she knew something wasn’t right on May 17 when she noticed a lot of bleeding. As Brown told the outlet, she and fiance Dewitt Madison reportedly have no plans for another pregnancy as they are “focusing on healing from this loss.”

Brown first announced her pregnancy in March, according to the TMZ. Her morning sickness allegedly lasted all day and she made frequent visits to the hospital. She was “extremely dehydrated” at one point and doctors had to put her on an IV. Our thoughts are with Brown during this time.